rangerovers.pub
The only place for a coil spring is up Zebedee's arse.
2.5 Diesel 1997 Auto Gearbox Dipstick

Been having a look at a 2.5 1997 (R) 2.5 diesel for someone I know, he wanted to change the gearbox oil due to having issues with what felt almost like clutch slipping. We dropped the sump off and changed the filter today, and refilled it but at the time we noticed the filler plug isn't like the one on my Disco (TYB100080) but has a nut with a hole in it, which then has an aluminium dome inside it.

Should have got a photo of it at the time, but didn't. Was looking up a part number to replace the cap (as we had problems getting it to go back on) and find there appears to be 2 different sumps, which accept either a dipstick (with a nut on the end of it) or a plug (with a thread to accept a bolt type fitting on it). What we seem to have is a mixture of the two.

Is this likely to be a case of it had a dipstick (which microcat shows) and someone has removed it and capped it with something, or did Land Rover produce a few with this arrangement and theres another part number for the cap part?

On the V8, the GEMS engined version had a dipstick and tube, later Thor engined ones didn't (as there was nowhere for one due to the inlet manifold filling the hole). As far as I know, all the diesels had the dipstick but you'll need to wait for a diesel owner to confirm.

I've asked if he can take a photo of it to show whats there. I'd suspect a lot of his finding it seems to rev higher than expected is down to it being a diesel rather than anything still wrong with it. It falls within the earlier VIN range which would point towards a dipstick if it was the V8 going by Microcat, and if the vin is put into Microcat, it shows the dipstick as being appropriate, and the fill plug not applicable to this vehicle. (might not have made that clear with the previous post)

What's it revving to? First time I drove a diesel I was surprised to see that it didn't change up until it hit around 3,000 rpm. So maybe it is normal?

1997 afaik should have dipstick.
I think it changed about 98 onwards to plug.

The dipstick are different on 3 different engines.

What's it revving to? First time I drove a diesel I was surprised to see that it didn't change up until it hit around 3,000 rpm. So maybe it is normal?

Does sound about right, description he gave afterwards suggested it's a bit gutless, which matches up with the description I'd give of the td5 disco compared to the v8. (The TD5 is much noisier from what I've seen than the diesel used in the p38)

Given he drives a lorry normally it doesn't surprise me at all. But the stuttering he described does sound like a lack of fluid, looking at the dipstick it looks like if its the dipstick type that the fluid has to go up the dipstick tube to be at the right level. Hard to tell without actually seeing one.
Not sure if the different sump has the hole lower down, when I get chance I'll look under mine and compare.

This is what was there, now replaced with a used dipstick and tube. Looks like it should have had one, as the fixing on the starter motor for it was still there as well 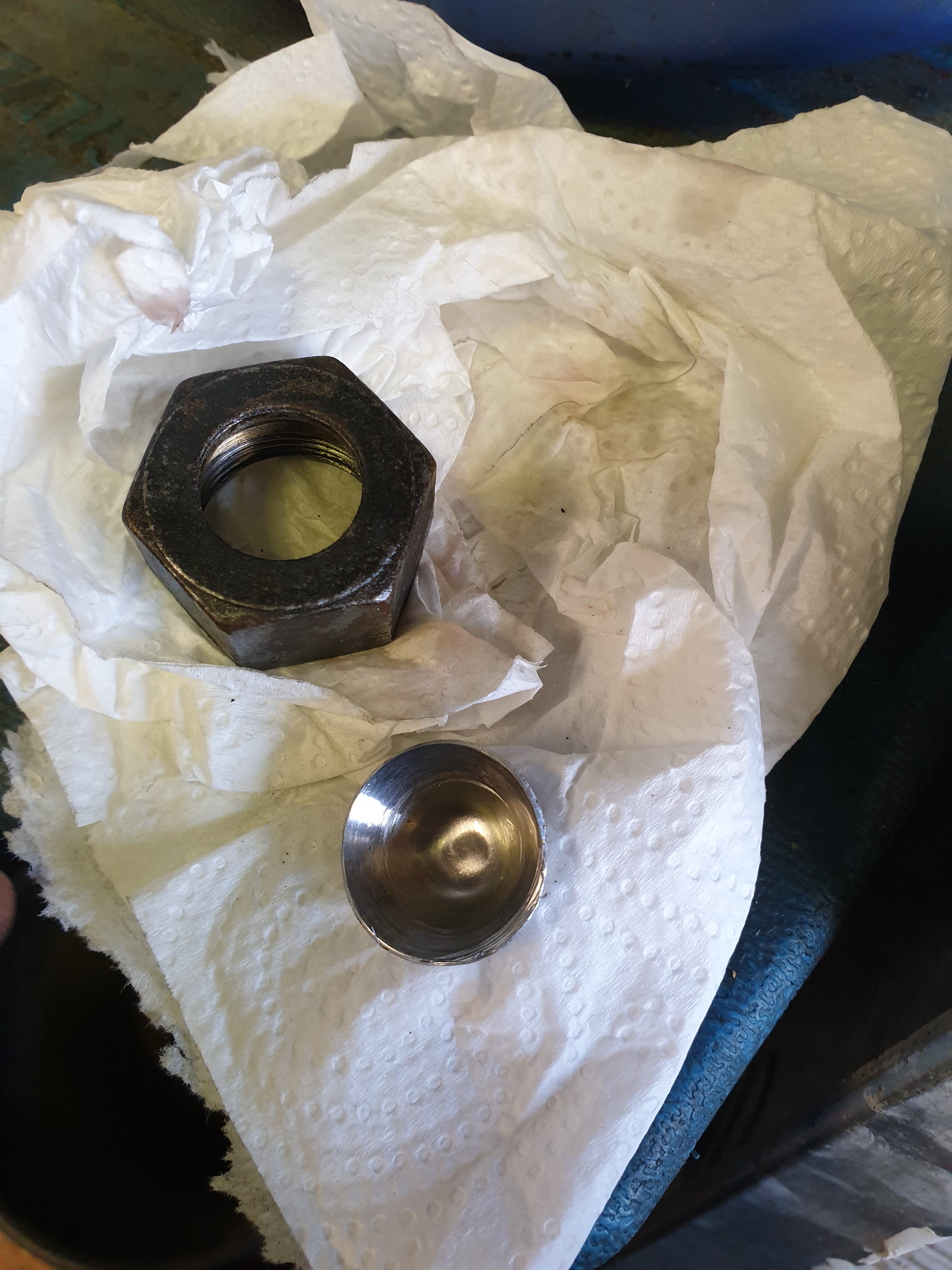 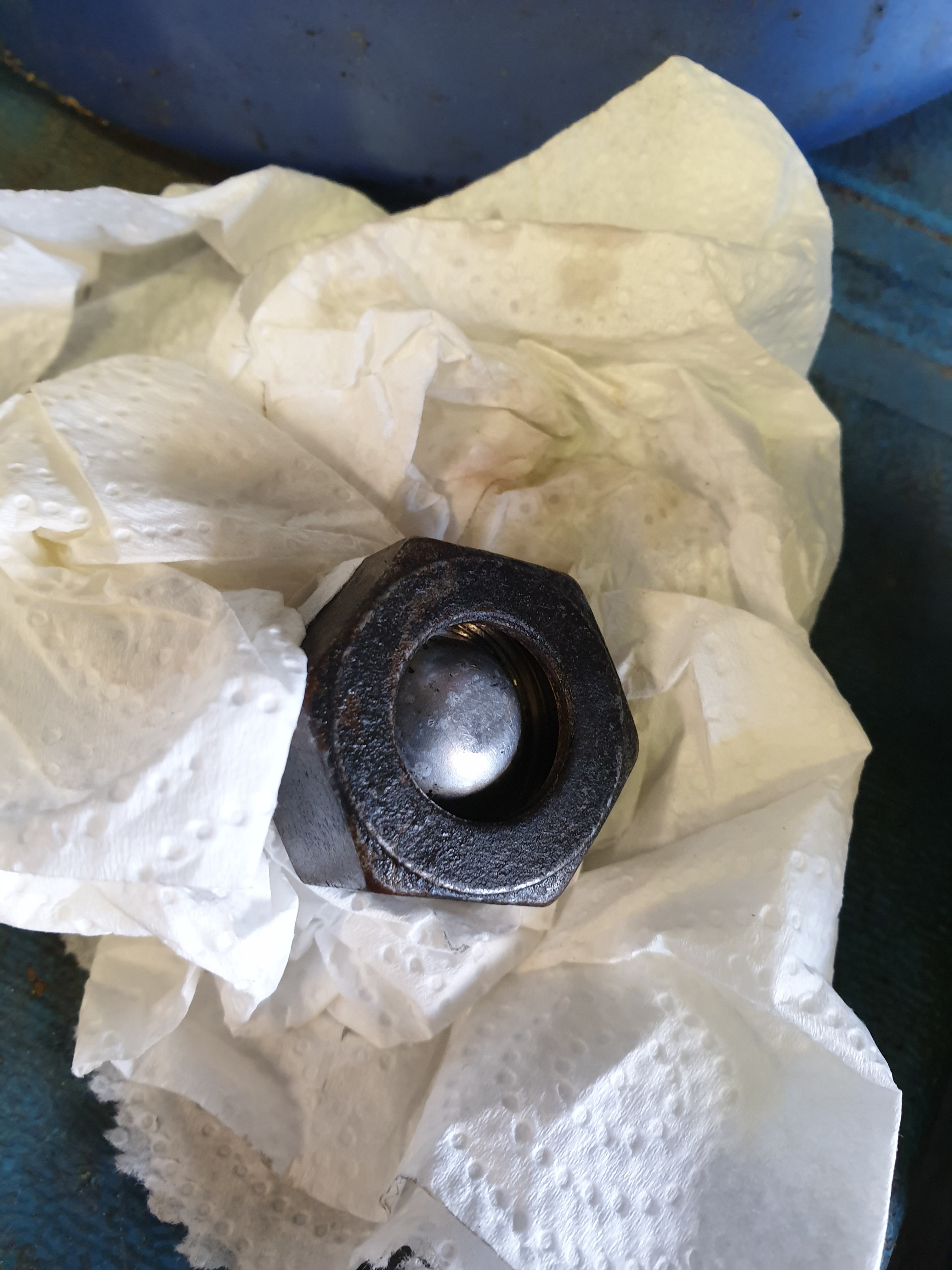 That looks like the original dipstick tube nut and a bit of random steel, doesn't look original at all.

That was my thinking, although its actually aluminium they have used, both the cut marks round the edges (very rough cuts) and the way it was put together seemed very like someones bodge job. It doesn't really seat in there the way I'd expect something made to fit there should, nor does there seem any point to it being like that rather than a normal plug.

We have topped the fluid up to the dipstick level now, will see if thats improved the problem any (took a good 1.5 litres to top it up to the level shown).