rangerovers.pub
The only place for a coil spring is up Zebedee's arse.
new guy saying hello and after some advice

It's a bit (more of) a faff on Thor, but are the injectors wired up ok (i mean, i know you can't get the order wrong, but are there any signs of a break/ loose connector?). I don't know what sound one would make if it died, but if no 8 were out then it might be doing all this. As mentioned above - the quick win is checking (and rechecking) the firing sequence of the HT leads, and making sure the HT leads are all properly pushed home 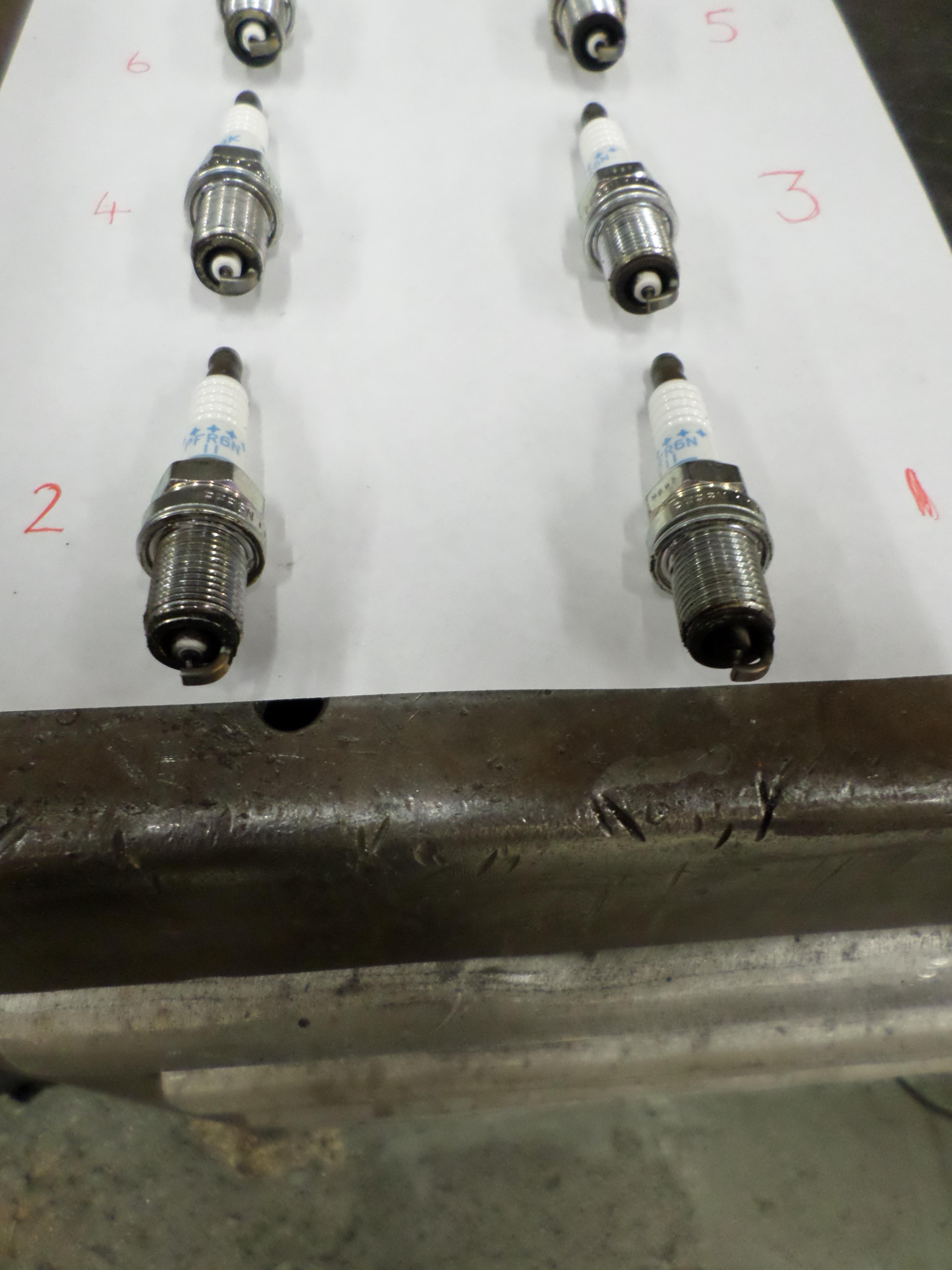 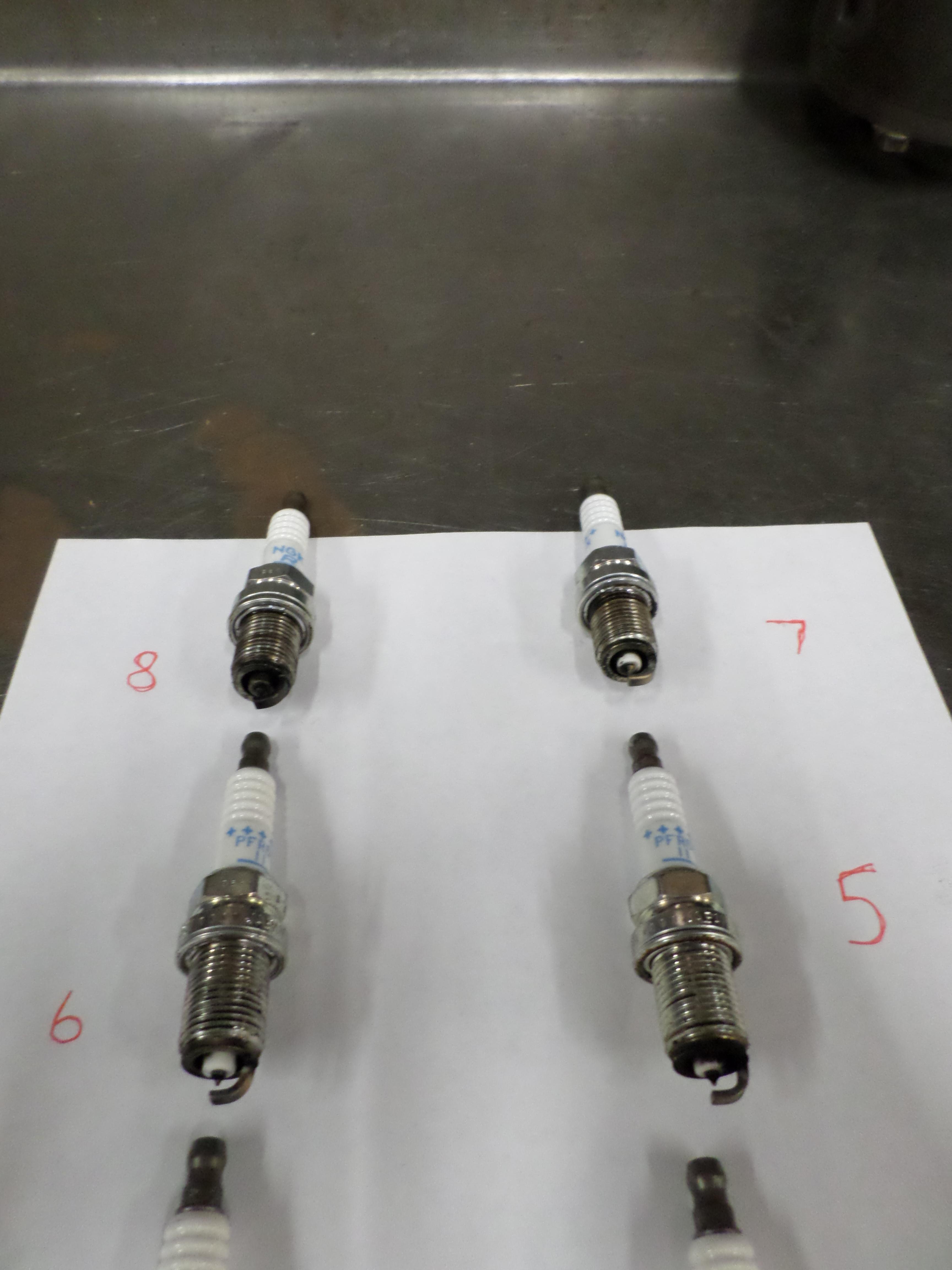 1 and 8 look to be running rich and there doesn't appear to be much consistency amongst the others either. I'm still intrigued by the pop that caused it all to start as I can't think of anything that would go pop then affect running like this.

Hello and welcome, brother of "model year".
I had in the past the 'rough road' error, this comes from the ABS/brakes computer. In my case, a failed ABS sensor kept acting up and sending on-and-off the signal. Obviously ABS/ETC were not working.
"Signal implausible" means the ECU received a signal that it cannot interpret ... either out of range, random, none, etc.

all those plugs look a bit ordinary , how old are they

Yet you've got that much build up in 10 miles? I would expect them to come out looking much the same as when they went in after such a short time. Have you done a compression check? Any blue smoke? 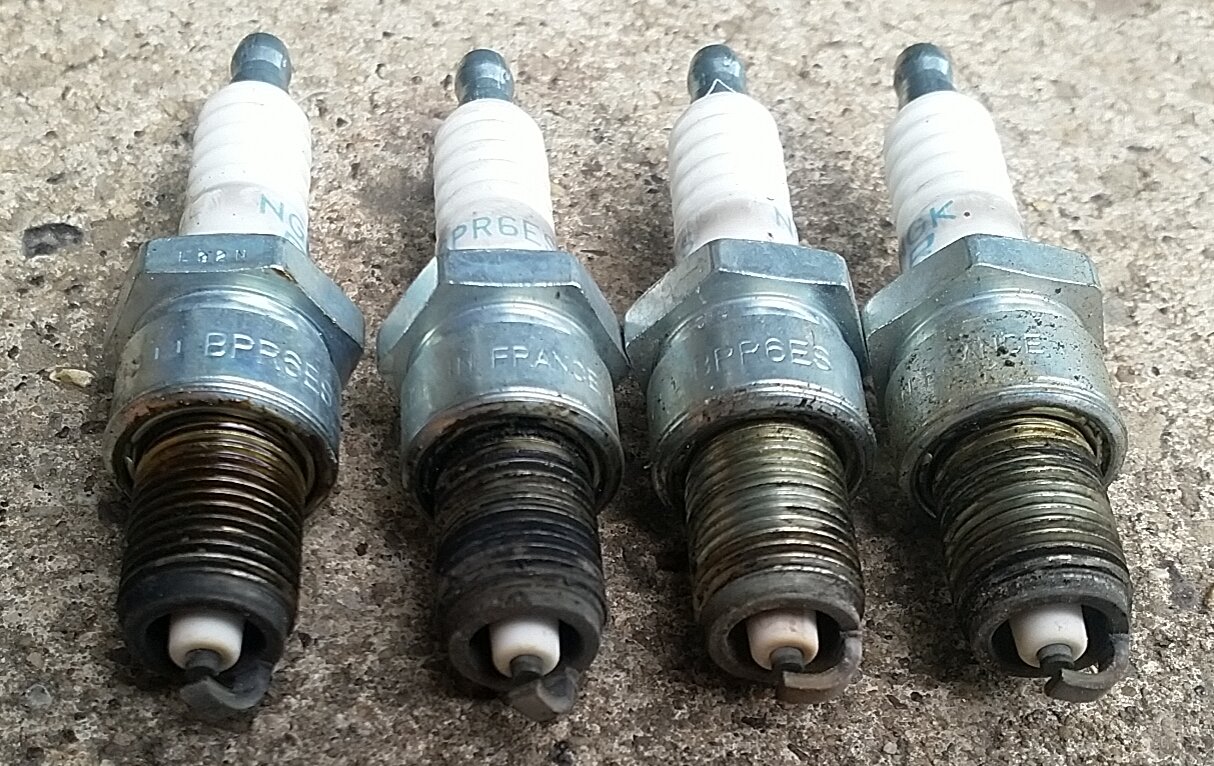 If the "Pop" was a significant backfire.........Could this have taken out the MAF?
Possibly caused by dodgy MAF which is now Dead?
I know you say you replaced it, but was it with new? was it a "Really real" Bosch MAF?
When the Maf on Bolt went out, it started with a couple of backfires, then just ran like crap, turned on the CEL and tossed all kinds of codes about rough road misfires, Catalyst damaging misfires, etc.
As it went out very suddenly while I was using it to shift a dozen or so loads only about 200 yards up
and down the property, it never occurred to me it was MAF.
I suspected water in the fuel, or bad fuel as it had sat for 3 years in the shed whilst I played in Oz on the boat.
I did fuel flush, plugs and leads (Plugs did not look good) hoping this was it, but the problem came right back.
First MAF I got said Bosch on the box, but was a knock off and did not fix the issue.
In the end, a new Genuine Bosch MAF and it was instantly fixed!

Do beware, BTW.....I bought a "Certified Genuine Bosch" part from Amazon which upon inspection was missing
the hologram sticker and code to check that it was genuine. It did not work. Returned it, and got another
from fleabay, which was indeed the correct part.....
Something to watch out for although I know all of you are savvy about knock off parts.

yes thats what they should look like , put them back in , why did you put the others in . not being familiar with the Bosch model are the new plugs just wrong for that motor
2nd on the maf .

The ones he's got are the NGK PFR6N-11 Platinum plugs which are the recommended ones for a Thor (rather than the BPR6ES copper core for GEMS). My point is that after 10 miles I would expect them to still look like they did when put in and not covered in soot.

yes there is something happening in there or something not happening, thats for shore. they look like their done more than 10ks . start looking at things like maff

If your diagnostics can show the fuel trim that might give a clue towards the maf being suspect. Same experience here, the genuine Bosch MAF on Thor is the way to go if its suspect. If the trims look sensible (not stuck at the max 25% for example) I'd wonder if an injector (or 2) is being held open and causing over fueling somehow. Could be down to damage on the loom, more likely if the car has ever been on LPG as the wires would have been cut and possibly not rejoined as well as you'd like, though on 20 year old wiring its very possible there is other damage. Bit of a pain to get to on the Thor engine though as you need the upper manifold off.

Would be suprised if that happened with the described situation though, and wouldn't really account for the pop either.

I would suggest a compression check.
But first I would double check you haven't got two leads crossed over if you changed the coil packs.
Is there any "chuffing" when it's running? Just wondering if the original pop was a head gasket?

firstly i have to thank all who offered adivce and guidance its much appreciated.
i have now found and fixed the problem.it was a broken rocker shaft on no8 exhaust of all things.