rangerovers.pub
The only place for a coil spring is up Zebedee's arse
What should this on my driver's seat do?

My P38 is a 2001 County model, so a sort of medium spec. It doesn't have heated or electric seats, however it doesn't have a manual adjuster on the side of the seat like I've seen on other non-electric seats. There is this hole, which appears it should have a button pushed into it. I tried inserting a screwdriver today and twisting it, I can hear and feel it triggering a little microswitch in each direction, but nothing happens. Underneath the seat it's connected into some sort of wiring loom. Ignition was on when I tried it. I've looked online but can't find any reference to this type of seat with just one button. What should it do? And should there be a button in it? 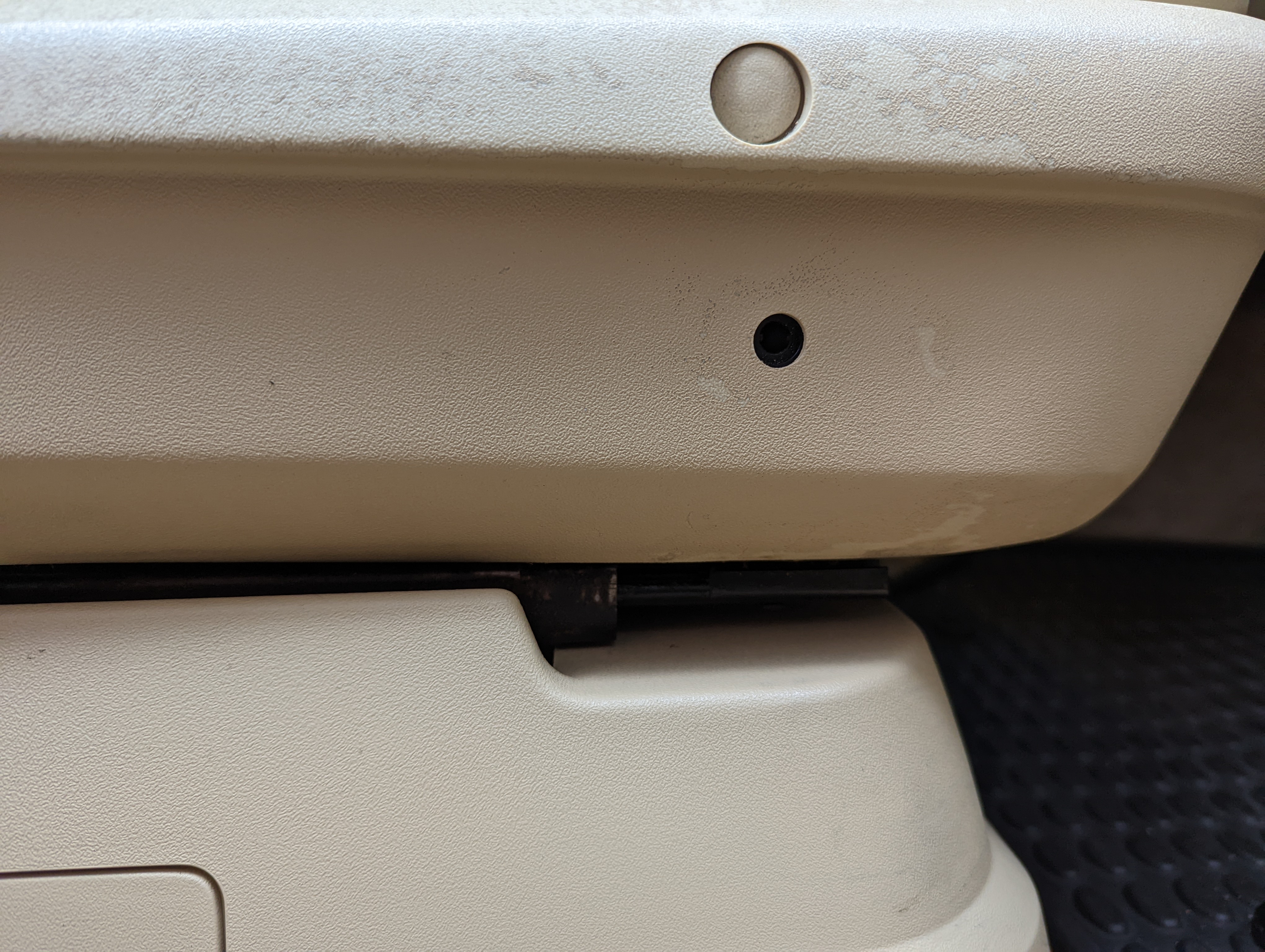 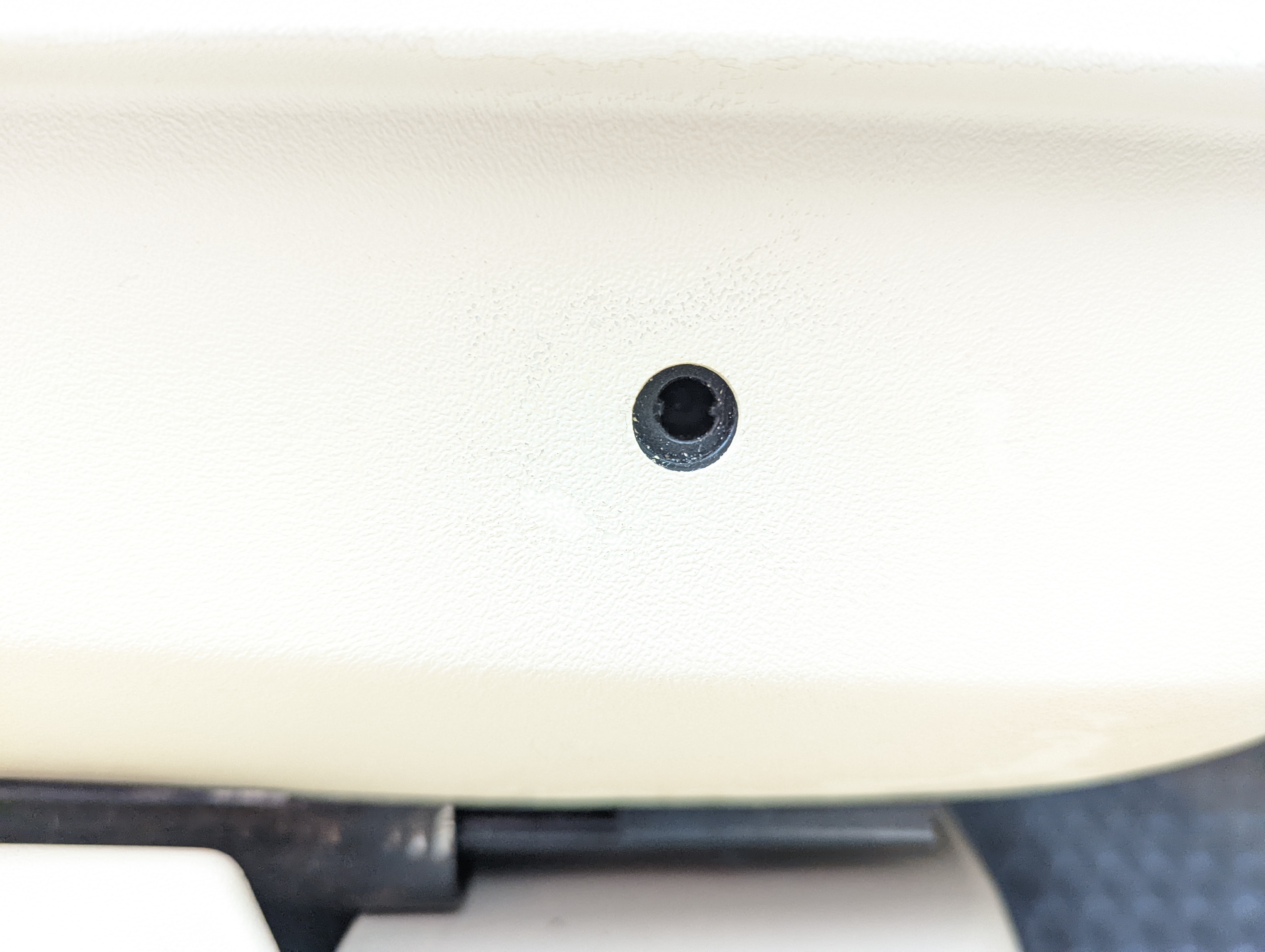 I can guess ... can it be you have a "half-electric" seat? I have seen this from other manufacturers ... say fore-aft is electric, but the backrest is manual, something like that?

Don't think that it is a 'Factory Fitted' item....
so maybe someone had fitted a switch to turn their (old type) Alarm Receiver on/off etc ?

Don't think that it is a 'Factory Fitted' item....
so maybe someone had fitted a switch to turn their (old type) Alarm Receiver on/off etc ?

Originally that's what I thought and why I've ignored it for so long, but then the other day it got me thinking and I looked under the seat, up at the wiring and it doesn't look as aftermarket as all the other things the car had when I bought it (remains of poorly installed handsfree, trackers etc).

I can guess ... can it be you have a "half-electric" seat? I have seen this from other manufacturers ... say fore-aft is electric, but the backrest is manual, something like that?

After deciding it doesn't look very aftermarket, this was my next thought, but I can't find anything similar online.

I will have to have a dig around under the seat and trace the wiring loom tomorrow and see how and where it's connected :)

It looks just like where the front button would be on a fully electric seat, I agree. I have a manual wheel to adjust the angle of the back rest, then the bar underneath to release the seat to manually adjust the whole thing back and forward. However I don't have the manual pump type leaver to adjust the base of the seat, so thought that maybe it would control that.

Seriously - what happens if you press it with the engine running ?

Seriously - what happens if you press it with the engine running ?
Haha, yeah, who knows what could have happened if I did have a sunroof!

I'll see if it does anything with the engine running tomorrow.

I bought a pair of seat bases once from a regular eBay seller which I still have somewhere. I wanted to replace my well worn drivers base but I have grey cloth seats and everyone seems to only sell leather ones. However, the grey cloth changed in 1997 from a soft velour, similar to what everyone refers to as the teddy bear seats fitted in the Classic, to a darker colour, harder wearing cloth. His listing picture showed the later, darker coloured one but when they arrived, they were the lighter coloured, earlier one. Despite sending him pictures on my seats, the picture from his listing and what he had actually sent me, he refused to give me a refund. However, the point of this is that the drivers seat had a motor on the underside to raise and lower it. My manual drivers seat has a telescopic lever on the side to raise and lower the height, but manual front/back and twiddly knob to recline the backrest. It appears you may have the same half electric seat that I still have the base for stashed away in the pile of assorted bits that may come in useful one day. You are welcome to it if you want it, don't think it has a switch on it though.

Richard, care to name the seller? I'd be happy not to accidentally buy from someone with so little integrity

I've checked with the engine running and still nothing.

Under my seat is what appears to be a motor, as well as a wiring loom with various plugs and connectors. All are connected except one. Also looks like a single relay under there.
Photos of under my seat

Checked the fuses and there are good fuses in both seat slots.

As I can't find any reference to these part electric seats, I'm not really sure how they are wired in. I guess I'll have to remove the seat to get a better look and be able to trace and test.