rangerovers.pub
The only place for a coil spring is up Zebedee's arse
Door seal of some description.

Hi guys, I wonder if someone can recognise the seal in the following pictures, please. I found it in the bottom of the drivers' side door space when I took the door card off. 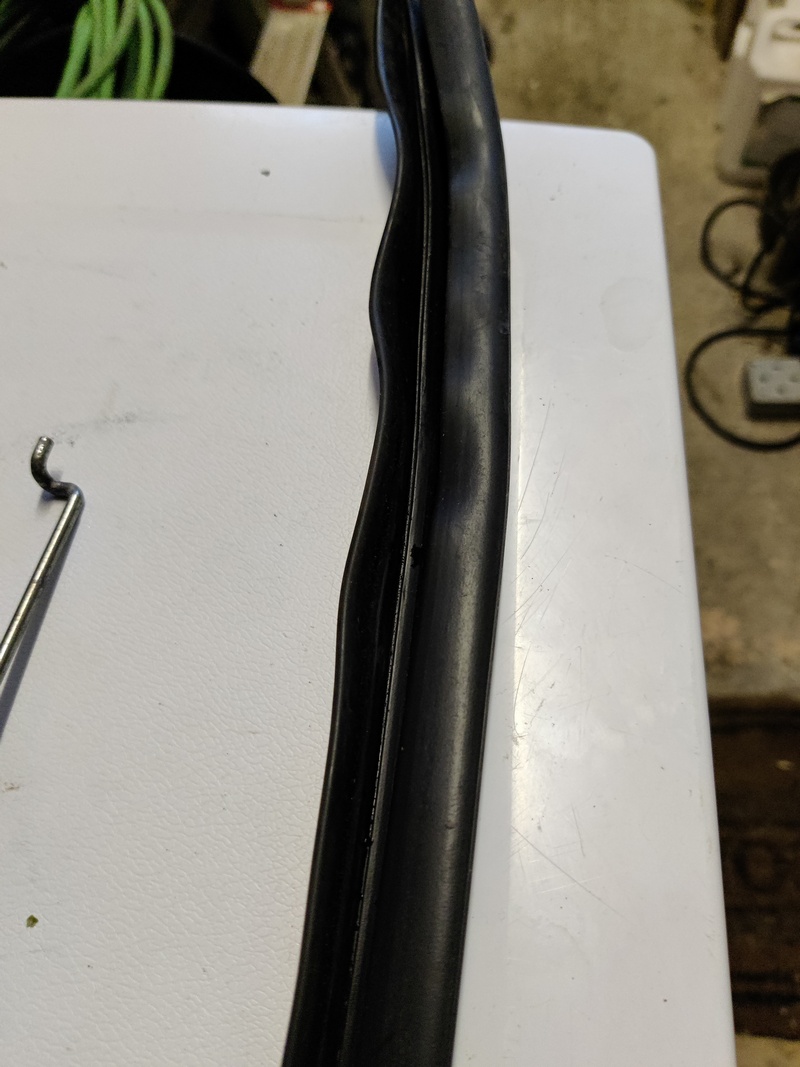 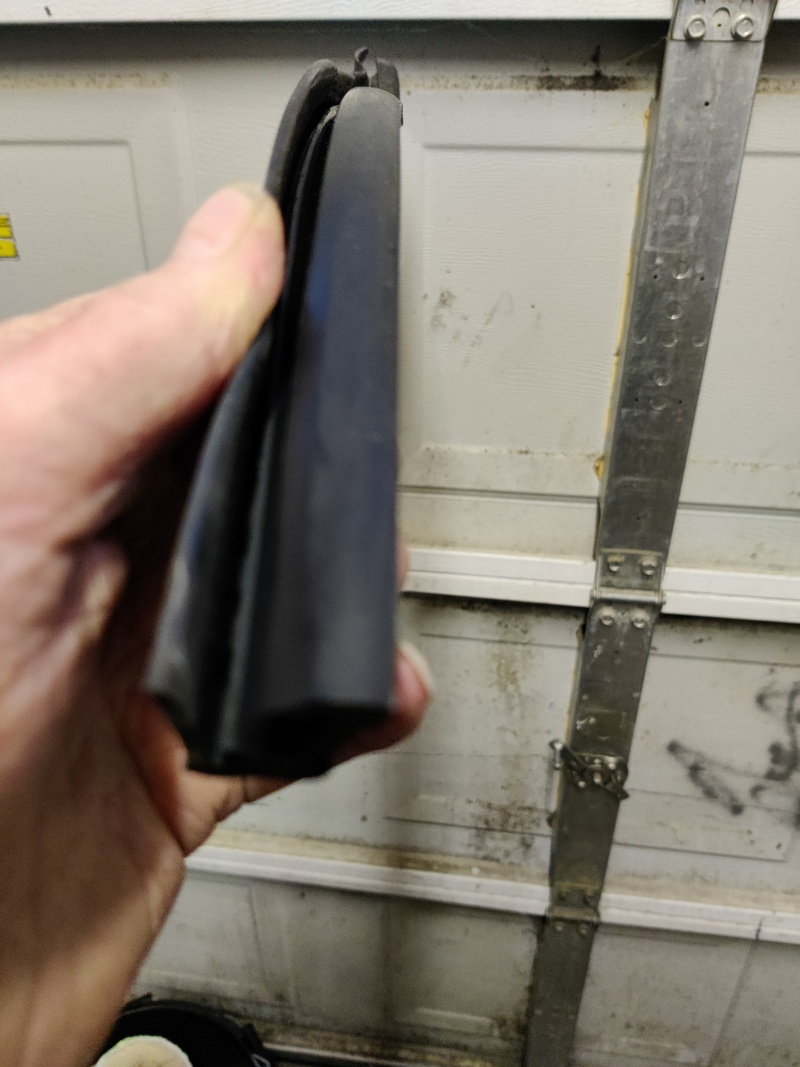 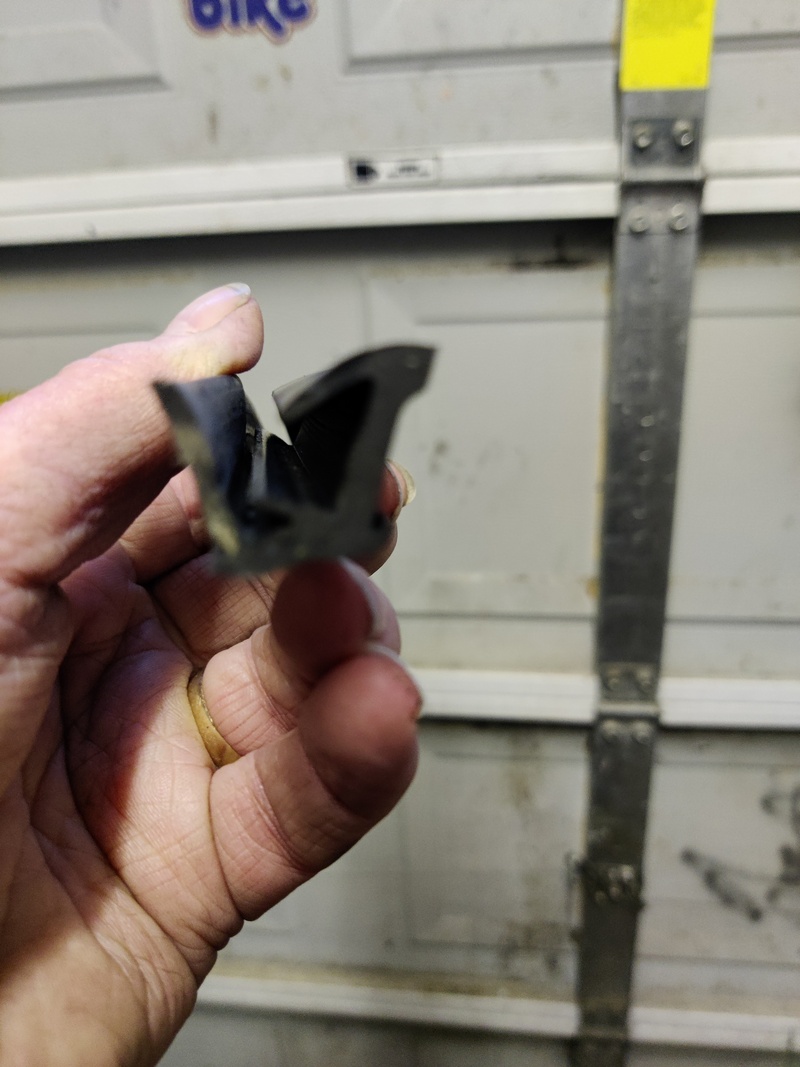 It fits inside the channel at the front that the window runs in. Without it the window can snag when moving and will rattle if the door is shut with the window partly open.

Anyway, now I don't need to worry about it because it looks like a new one has been fitted, from its condition.

I'm trying to work out why somebody fitting a new latch would remove the window and its runners? Then if he had, why wouldn't he put the runner back in complete?

Richard, it sounds as if your explanation is the correct one. When I found it sitting in the front corner space inside the door I just assumed that the garage guy had somehow pushed it down from the top of the door edge, so that he could unlock the car when it was trailored to his workshop.

I had been inside the door about 18 months ago, and I don't remember it being there then. As it was, I had to look for the metal block that holds the door handle on, via the door screw, and I looked all along the bottom of the door for the block, and I am pretty sure that I would have found the seal lying in the space. But, considering it was kind of bent up at an angle right in the corner then perhaps not !

But allowing for all that, I have no idea who would have fitted a new seal, and when. All a bit odd, but at least I know what the seal was for, which is more reassuring.

I doubt anyone has fitted a new seal, you just aren't looking in the right place. It is the strip marked as 14 on this pic 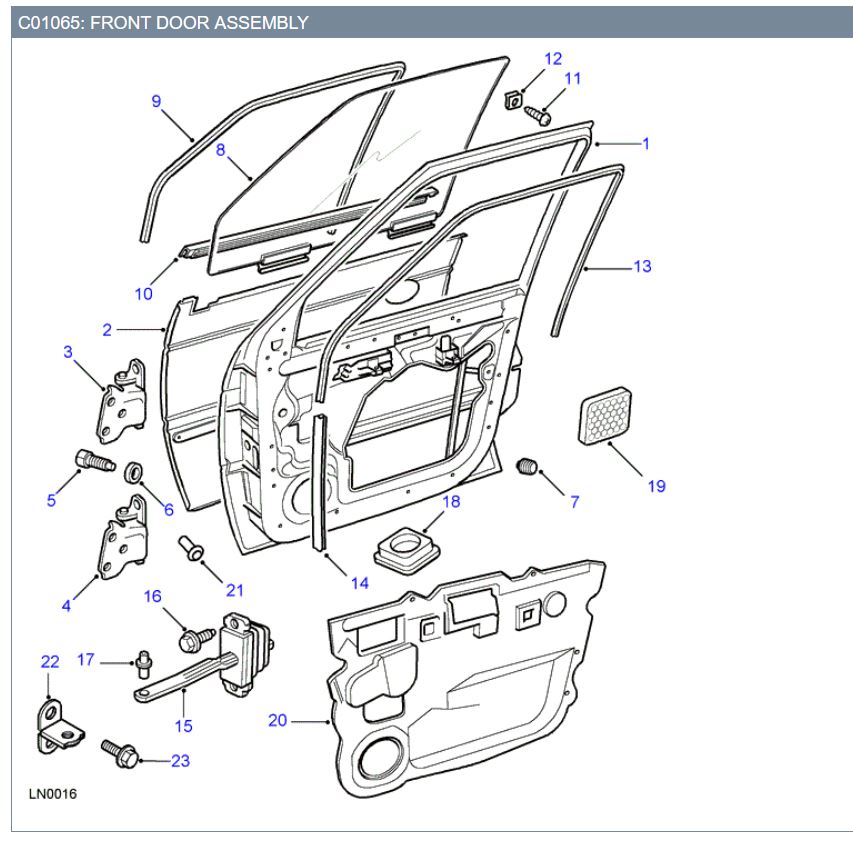 If you open the window fully you will see the seal that it runs in on the door frame (number 13 in the pic) and if you look down at the front you will almost certainly see a square section steel channel that is a continuation of the guide for the window. The strip you have found should live inside that channel.

Richard, thank you very much for your information. I had the door panel in the house around teatime and when I compared the seal to the one that I thought it was [nr. 10 in your diagram] I soon realised that it was not that one, at all.

I went out to the car to look at the different seals but could not find one the same, but, of course, I was not looking in the right place. I had wondered whether the seal had come from somewhere in the front of the door but I couldn't see where it would fit, and the fact that there isn't a seal in the rear metal guide threw me off the scent for the seals location.

I wonder how awkward this will be to refit ? I have to take out the window regulator so will this give me access to the front guide ?

Very many thanks again, for your invaluable information, I would probably just left the seal in the back of my garage, and wondered why the glass in the door didn't seem to be firmly held !

Very many thanks for all your information. I am waiting for some new bits and pieces from Jaguar Landrover Clessics, I need a couple of door card fasteners/clips so I have bought a bag of ten, and a couple of the door handle link bars. I have to do a job on both front handles so I am going to fit two new link bars, and also keep two in stock, just in case of ................ !!!!