The 5.0's aren't that bad if they've been looked after.

The later engine that's in my XFR with it being a 2014 have got the revised chain guides fitted from new but on the older engines it's just a matter of time before they need doing. I'd possibly give the chains a go myself if I wasn't in a hurry. Other then the chain guides there's not much that goes wrong with the 5.0's. Well, the Supercharger torsion isolator wears but they're easy enough and cheap enough to do myself.

The only reason I'm thinking of one of them over the 4.2 is the 25% increase in power, sharper throttle response, and better economy along with the more modern interior and 6 piston brakes.

Well, my next project has been purchased and should arrive shortly. Thanks to Nicola closing the border and telling us we can’t go to England I’m having it delivered via a transport company on Shiply rather then going for it myself.

Originally I was looking for a 5.0 Supercharged L322, in the end I’ve bought a 2007 4.2 Supercharged. It’s got a couple of issues that need sorting but it was at a price that I couldn’t refuse.

The biggest issue is a misfire on one cylinder. Normally I’d think it was a coil (one per cylinder on this engine) or a spark plug, however, for the last 10 years this car has been running on LPG. These engines suffer from valve seat recession when running on LPG. It does have flashlube on it but that prolongs an issue rather then prevents it as far as I’m aware.

So, it’s either going to be a very simple fix or it’s going to involve a lot of stripping down and having the valve seats replaced. 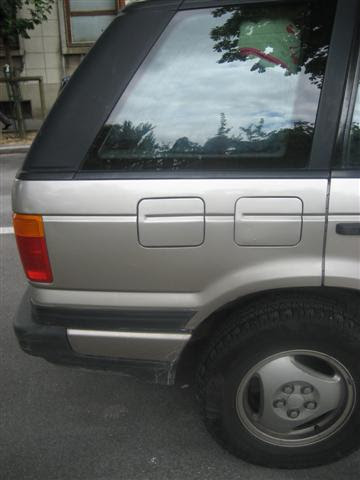 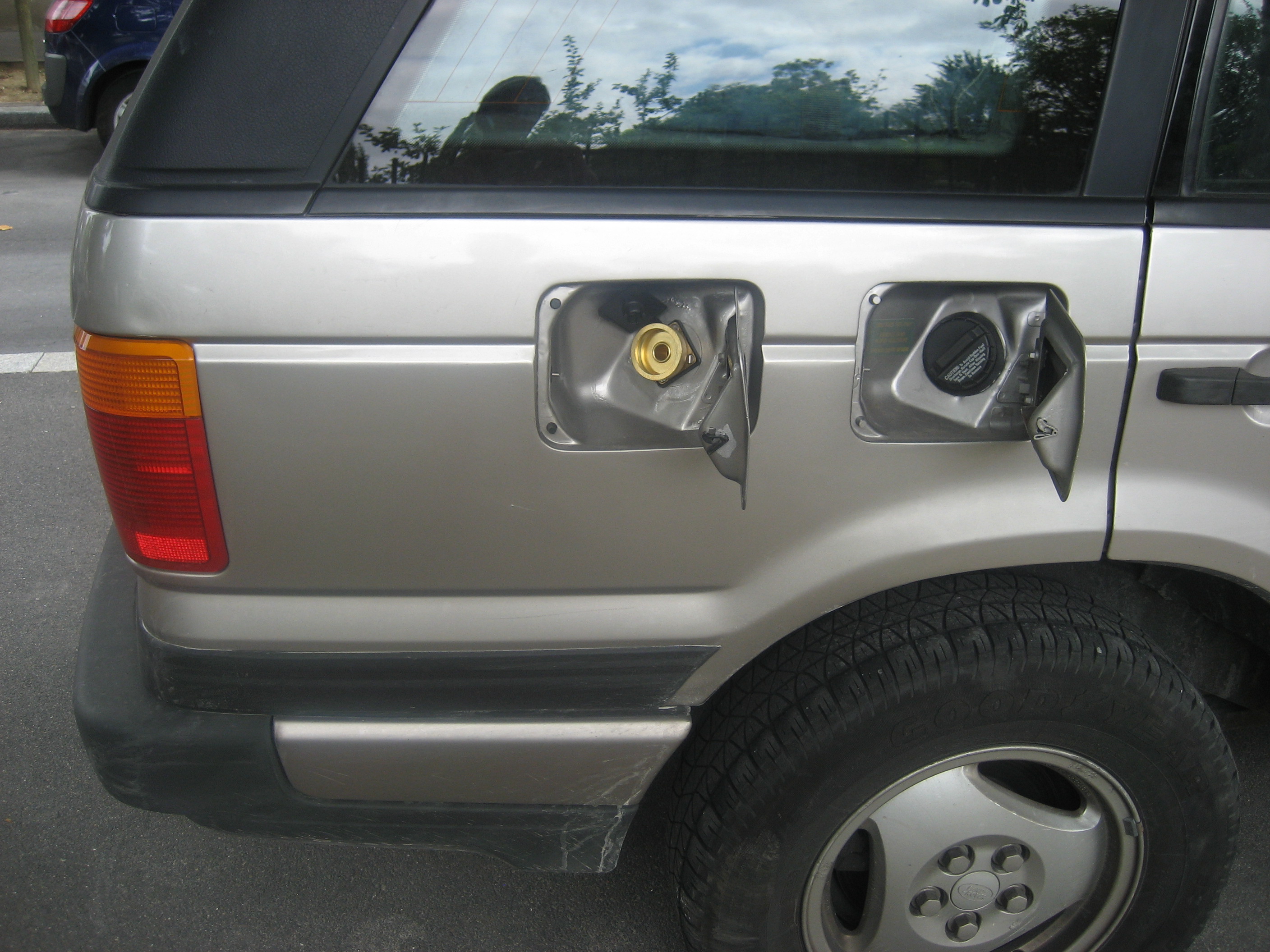 showing with the continental adapter.

That's very neat. Is it yours? Both mine have the filler where the second electrical socket would live if I had twin electrics. Not immediately obvious and means I can fill up at either side of the pump too.

As long as the Flashlube dosage was set correctly, it wasn't allowed to run out and the LPG system was properly calibrated, it shouldn't suffer VSR. They are quite well known for eating coil packs though, you may be lucky and that, and a set of plugs, is all it will need. A mate has a Jag with the same engine and he's up to over 120k on LPG now with no ill effects.

The other thing to bear in mind with the flashlube setup, is that the plumbing has to get the fluid to all the cylinders. If its using a spider or similar to do that, provided all the legs of the spider provide the lube you should be ok. Guess you will find out soon enough once its delivered.

Of course, it might be something easy to fix and not VSR at all.

Of course, it might be something easy to fix and not VSR at all.

That would be fantastic but I’m never that lucky! I found a genuine coil on eBay for a tenner so have bought that and have ordered a set of plugs for it as I’ll need them regardless of it needing valve work or not as I’d not rebuild it with the old plugs anyway.

David, an interesting thread here https://www.lpgforum.co.uk/viewtopic.php?f=33&t=16575, same car, same engine, similar problem but the cause isn't what you would expect.

The car was delivered at 2pm on Sunday and considering I bought it and paid for it without even seeing it, I’m pleasantly surprised! I didn’t want to ask the delivery guy to drop it at the door as the road had some pretty nasty frozen bends on it and it didn’t seem fair to ask him to drag this lump on the trailer up there so it was dropped 1/2 mile away at the start of the lane to the house.

It’s filthy after sitting on the trailer behind the tow car that tugged it up the A1, A66, M74, M8 and needs a good sorting out. I’m going to de-chrome it and put the wheels back to silver too. I always have my cars detailed so it’ll get that treatment when my guy can fit it in. The car has loads of service history, 2 excellent Pirelli Scopion Zero’s, 2 brand new Scorpion Verde’s, removable tow bar, etc. It really is a nicely spec’d and nicely sorted car. The interior needs a good clean and the leather conditioning but it’ll tidy up nicely. All the buttons do what they should and everything seems to work other then the reversing camera.

After I’d got it home I had a quick look at it, read the codes with the IID tool and had a look. It pointed to a misfire on cylinder 1. Whilst removing the cover from the rocker cover I could smell molten plastic, it was disgusting. When the cover was out of the way the fault became apparent. I removed the plug from that cylinder and the adjacent one to make sure there was no obvious reason for it failing and they both looked identical. Last week whilst playing guess the fault on eBay I ordered a spare coil as I thought it might be handy for troubleshooting. I swapped it with cylinder 1 and started the car and it was purring perfectly on 8 and it drove spot on.

After doing a couple of miles in the car the replacement coil was still cold so am hoping it was an isolated coil fault rather then something on the car.

Other then needing a damn good clean and de-pimping, a major service, and then having the paintwork and interior detailed, there's not a lot I can fault it on. At the moment it looks a bit to much like I'm trying to shift Class A by the gram for my liking. I'm going to remove all the chrome and put it back to standard and then I'm going to have the wheels put back to silver again.

That's what I would call a result. Sling the Densos, give it a set of NGKs and a service and that should be the engine sorted. Then, as you say, de-pimp it. I've no idea why people think they look good but I can't stand black wheels, especially not on a black, or dark coloured, car. Black bodywork, black tyres so why try to make it look like it's been driven through a sheep dip full of black paint?

A new set of the original NGK plugs were fitted last night.

Managed to get a set of the official iridium tipped ones for just under £70 thankfully. LR recommend replacing all 8 coils as a set so I'm tempted to fling a full set of coils on it too as part of the major service.

Nice ride!
Agree on the "black on black" horrendous look ... distasteful. Well, imagine the leading influences in that fashion and you got all the answers you need! :-)

Since I moved a bookcase in the P38, I've had an intermittent SRS light on the dashboard.

As I had the passengers seat slide right forward to get it in I had a look under there and found a broken plug on the airbag cable. Easiest thing to do was cut the plug off and solder the wires so I did that and found the SRS light stayed on the dash.

I got Testbook fired up and found there were 2 faults stored. I cleared the faults on the car and the SRS light went out but immediately upon turning the steering wheel the SRS light came back on so I assumed the rotary coupler was faulty. I knew I had one in the workshop so I dug it out and tested it with the meter as it had been sitting there for years. It tested OK so I set about dismantling my car to swap it out.

I took the panel above the drivers knee off, then took the steering shroud off, loosened two screws for the airbag, then started the car to rotate the steering wheel 180 degrees and noticed the SRS light had gone off. I gave all the plugs a squirt with contact cleaner and put them back together and took the car for a drive, found an open space and went round in circles whilst going from lock to lock and it seems to have stayed out so I went home and reassembled the car.

Fingers crossed it stays out as it needs an MOT this week. It was meant to expire in July but it got a 6 month extension thanks to COVID. I said I wouldn't leave it until last minute and would get it done before it got cold incase it failed but I didn't...

I also need to fix a water leak on this one. When it rains the carpets get damp. I'm pretty sure it's coming from the drivers side scuttle/pollen filter housing so need to try and sort it out.

There's a connector behind the knee panel on the drivers side, that one is a prime candidate for the contact cleaner or soldering iron. Maybe you disturbed it while you were under there?

That's the one that had a good dose of contact cleaner. Here's hoping it's enough to keep the MOT man happy.