rangerovers.pub
The only place for a coil spring is up Zebedee's arse
Diagnostics for HEVAC

with the dash out i think its 2 screws up near the winscreen and it lifts out ,dont forget the heater hoses but you will be doing the orings as well i would imagine. doesn't affect the AC

Ah, OK so it's the whole thing out. I shouldn't have done the O rings a few weeks ago then!

with the dash out i think its 2 screws up near the winscreen and it lifts out , dont forget the heater hoses but you will be doing the orings as well i would imagine. doesn't affect the AC

They are bolts rather than screws, you also need to remove the single philips screw that holds the heater section onto the A/C section, that half can be left in situ. The box is held tight in place by the two dash subframes either side of it and a cross piece that spans between them behind where the row of switches are, i could only get that out by loosening off the bolts holding down the bottom of the two subframes and yanking them up. There are some excellent write ups available.

I think you can short circuit dismantling the glove box as well, it can be removed as one unit by removing the screws that hold up the surround and just two of the four bolts at the bottom, two bolt the whole unit against the car, the other two clamp the bottom of the box to its subframe assembly. Saves a lot of time re-aligning the locks and catches when it goes back as one unit.

It's all out with a bit of a struggle with the bar across the front.

The villain of the piece was this:- 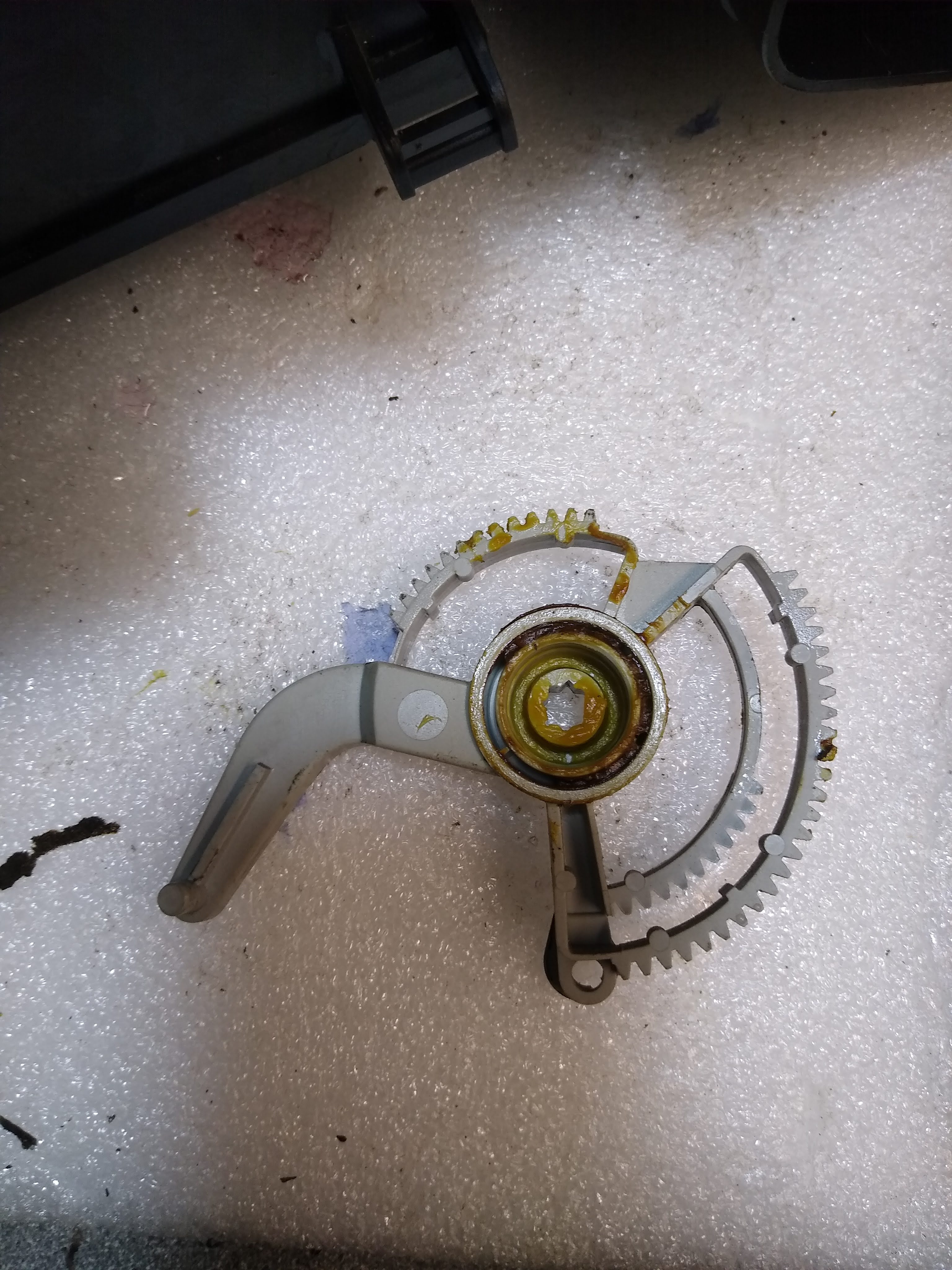 With the roughness of the spigot contributing. 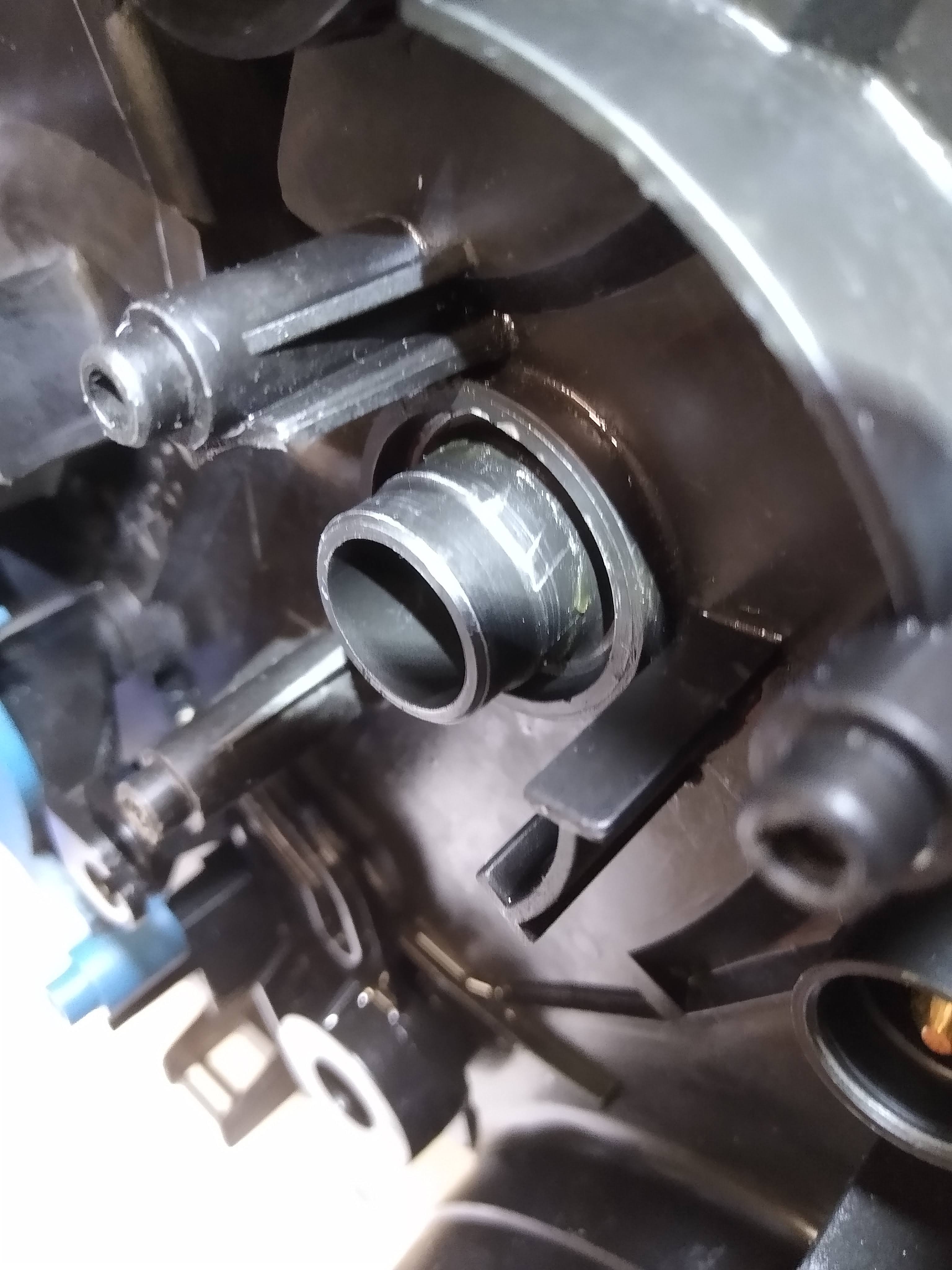 The shoulder of the black link piece also needed easing as that caused a hesitation.

A round shank diamond bit in a dremel eased the quadrant with a lot of caution.

As Marty has suggested it is back together with silicone grease and seems OK so far.

Just got to get it all connected up tomorrow!

All back together again but not fully bolted up yet. Run through the Nanocom menus and all the flaps are doing what they should but then had to remove and clean the RH blower motor that had stopped. Found a good YouTube video showing that they sometimes just need a good clean.
The only fault srtill registering is the A/C request line fault which I presume is because the system is not filled yet.
Al in all a result! Thank you for all the help.

Glad you're done and sorry I came late on this

Can I get the air box off without having to drain the coolant and take the whole business out?

For the sake of information, you can work on the heater without messing around too much with the coolant. If you clamp together the hoses in the engine bay you can make a "bypass" and therefore contain much of the precious liquid within the engine circuit. The drain from the core area is limited, I seem to recall does not reach a liter.