rangerovers.pub
The only place for a coil spring is up Zebedee's arse.
Radius Arm Bushes and possible meet.

Great to see everyone yesterday and a big thanks to Marty for his help. Hope Gilbertd got the bushes etc finished in time.

Not sure if these will come out as haven't tried attaching photos before.

Those links don't seem to work. Looks to me like a bit off the end is missing.

It was an excellent weekend. Sorry for causing a slightly later departure for some on Saturday, Range Rover running really nice and working heating a cooling a real bonus!

Just got home, great time had by all I think. Not as well attended as previous ones but I think everyone got everything done they needed to. Rick, I've realised where the two spare self tappers go. Either side of the glovebox surround. You've got the three along the top and then one each side a bit lower down. I only realised because one of the leftovers was rusty and I remember taking that one out on the side nearest the centre console

So, you wanted pictures and here's a few from me. Others took more, the best being Rick's blend motor.....

However, this was the scene that greeted me when I arrived on Saturday morning 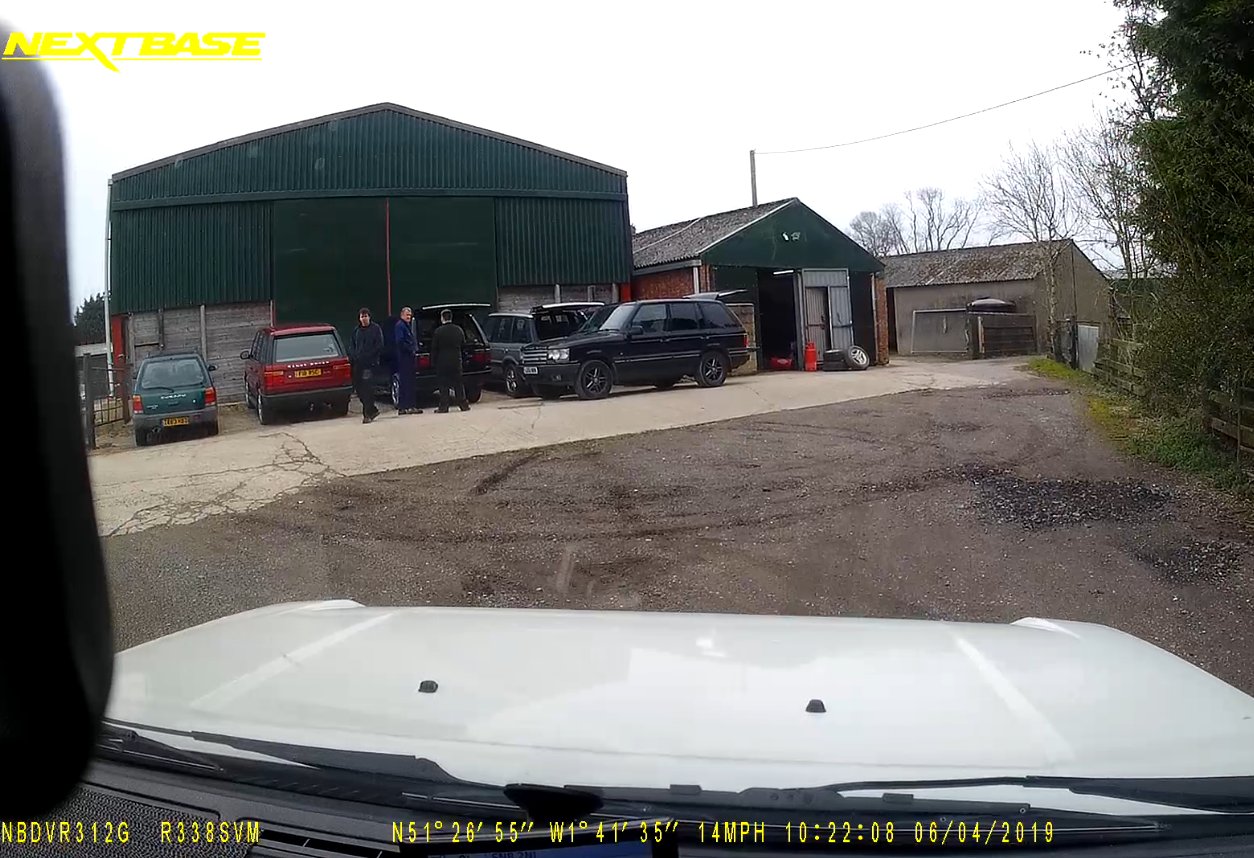 Within minutes, David (DavidAll) and David (Rutland Rover) got stuck into removing the radius arms from David's (RR David) car 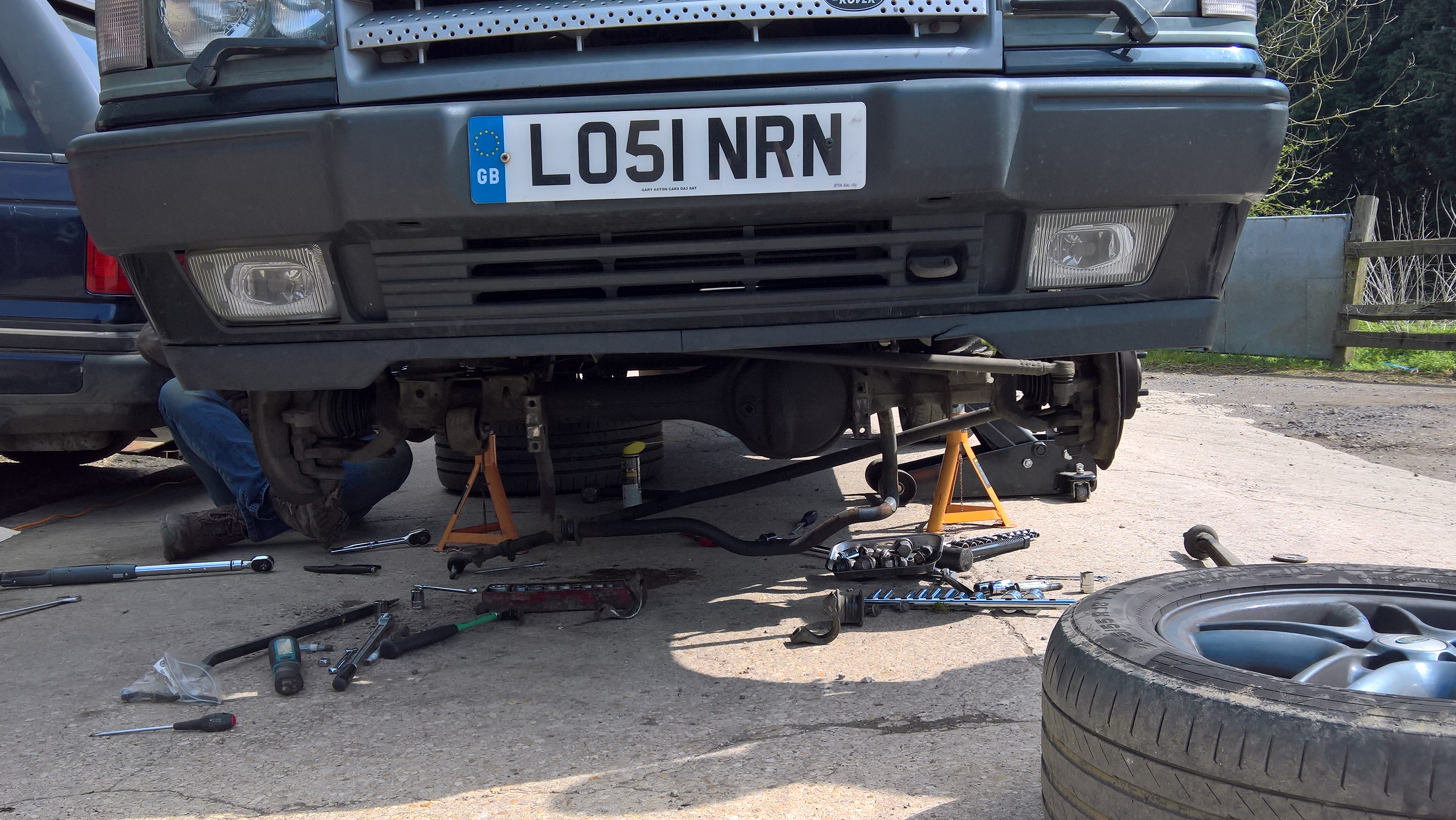 First one off, new bushes fitted and ready to go back on 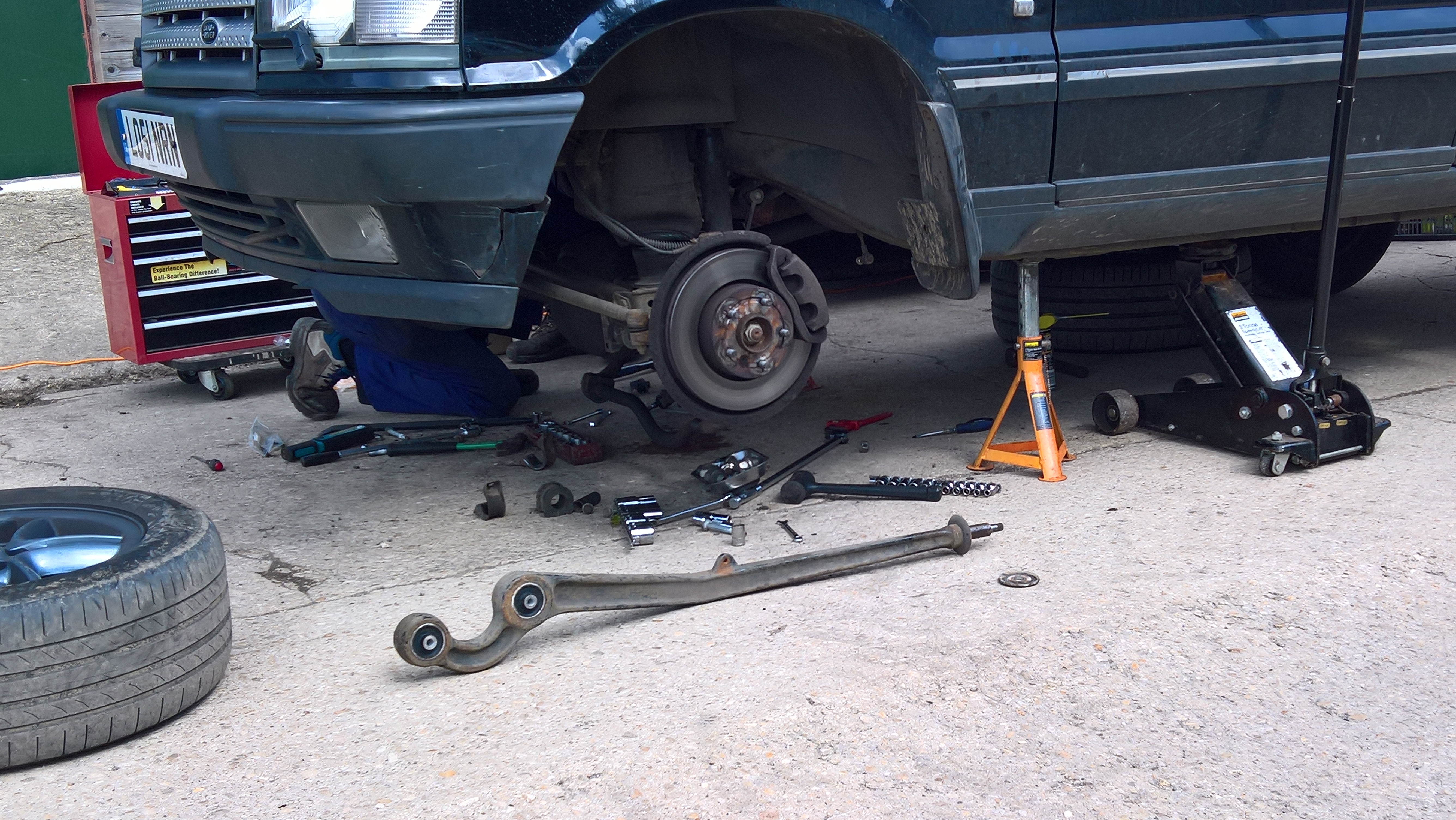 However, Morat was sorely missed. Two axle stands don't make a good support for a barbecue (fortunately after the burgers had been cooked) 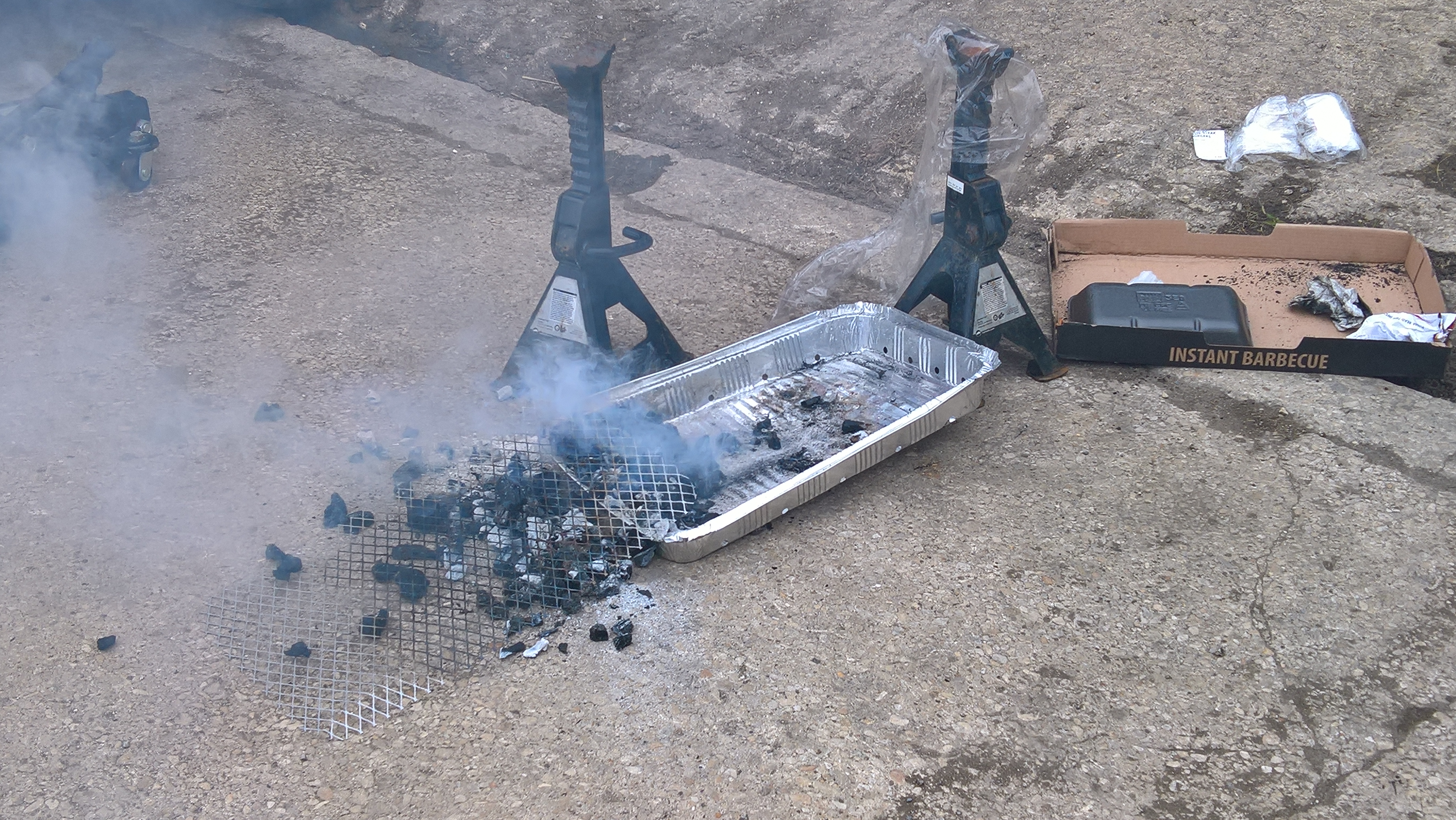 and it didn't get any better at lunchtime today when we failed dismally to get a disposable barbecue lit and Rick ended up diving down to Tesco to get another..... 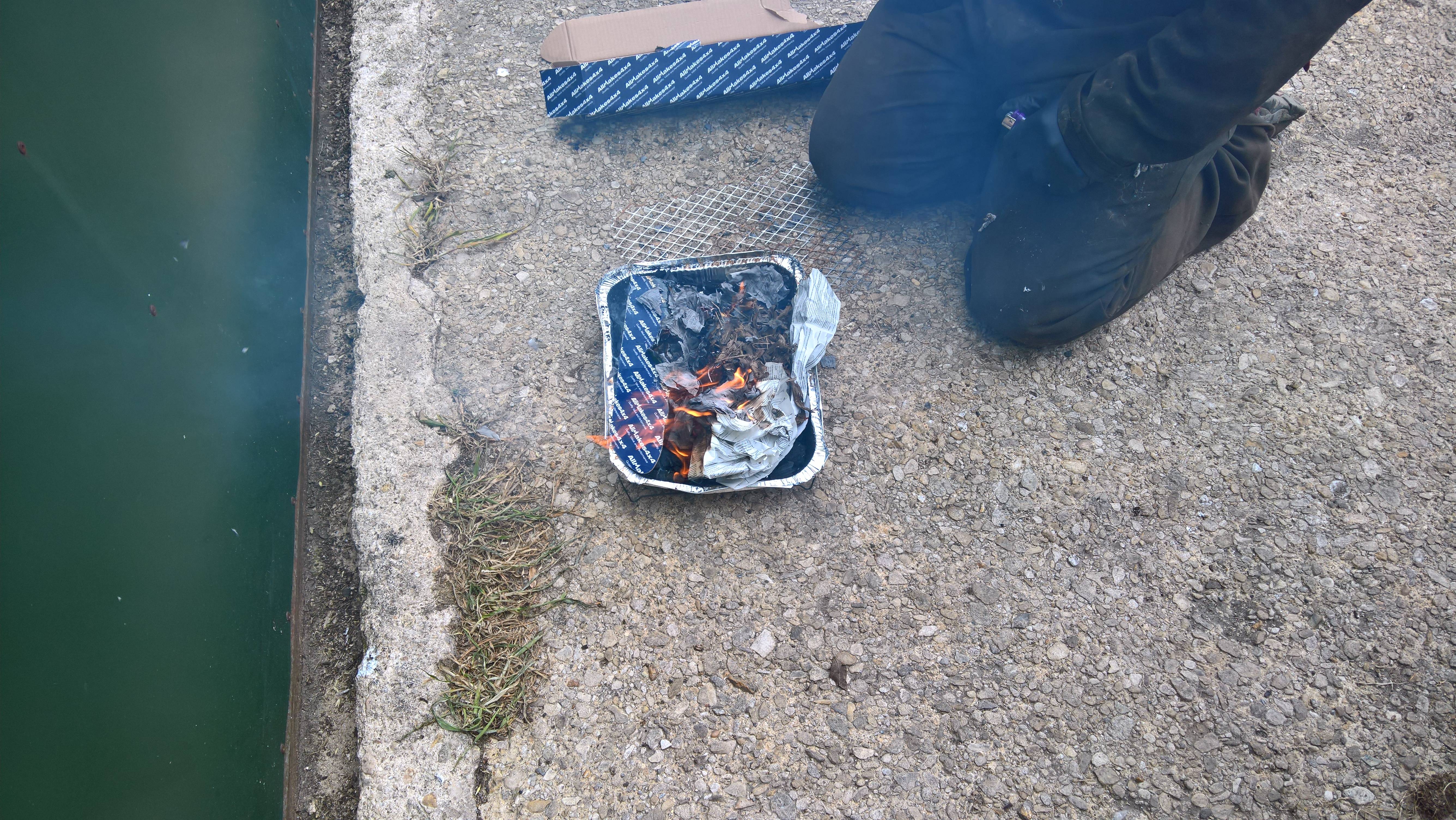 However, despite the odd little setback, both Davids got new radius arm bushes pressed in, as did I (which is a whole new thread on it's own). David (RR) also got his heater core O rings changed while Rick (Rcutler) got new O rings and a set of new blend motors. While we were getting stuck into that lot, Marty and Nick (Sloth) got loads of little jobs done on their cars when not operating the press for the bushes.

Not sure how you add a photo but I have a couple.

Upload the photo to imgur.com, in your post put the cursor where you want the photo to appear, click the add image button (fifth one across that looks like a picture in a frame) and a box pops up asking for a URL, in imgur click the image, then select Direct Link on teh right and click the copy button, paste that link into the box asking for a URL. It will show the code in your message but when you post the reply the images will show in the post (you can also preview it to make sure you got it right).

Well, I'm really sad I missed it and sorry to leave you guys in the lurch for lunch! Missing the chance to meet some new forum names is a shame too, but if anyone is passing Malton in Yorkshire give me a bell. Or if you're stuck for parts/tools on a nearby road haha.
I'm no mechanic so you probably didn't need my loafing around trying to be helpful between meal times :)

I had a chat with Marty last night and it seems that you did all get home again, eventually. So, the million dollar questions - did replacing your radius arm bushes improve your P38s? Was it all worth it? :)

Mine is much better. It recently started throwing itself all over the road when hitting bumps on dual carriageways and making the steering wheel wobble more and more. That's now gone. It also started to kind of "lurch" when going in to bend on country roads. That's gone too

I also did ARB bushes and drop links.

Not sure how long it will last though - one of the sleeves in the middle of my new bushes crushed when being torqued up. I reckon that will need replacing soon.

So, the million dollar questions - did replacing your radius arm bushes improve your P38s? Was it all worth it? :)

See here https://rangerovers.pub/topic/1335-3-reasons-why-you-shouldn-t-use-poly-bushes?page=1.0#pid19682, I didn't think there was anything wrong with mine but swapping from polys to OE has made a hell of a difference.

Good to meet some new people :) 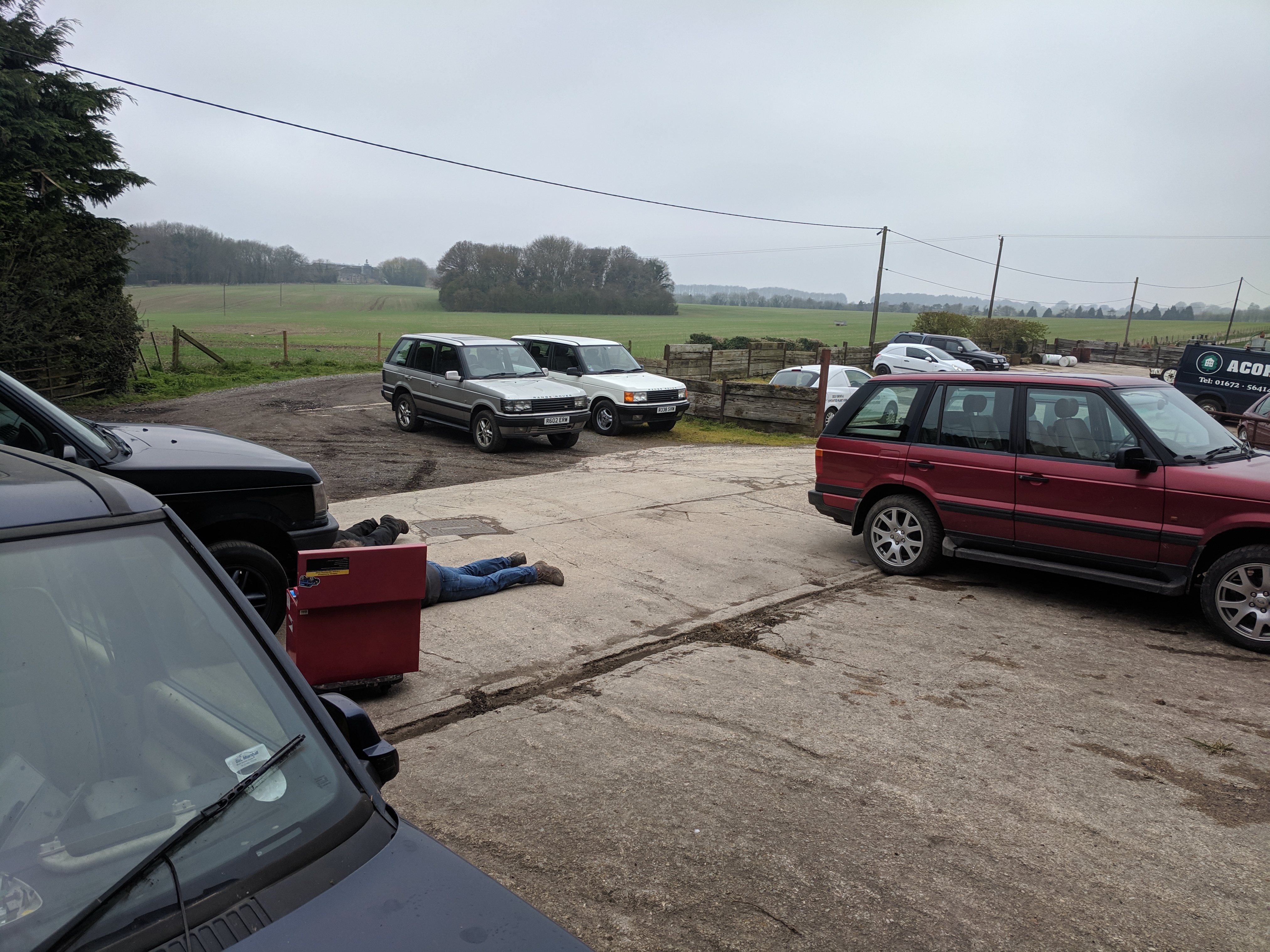 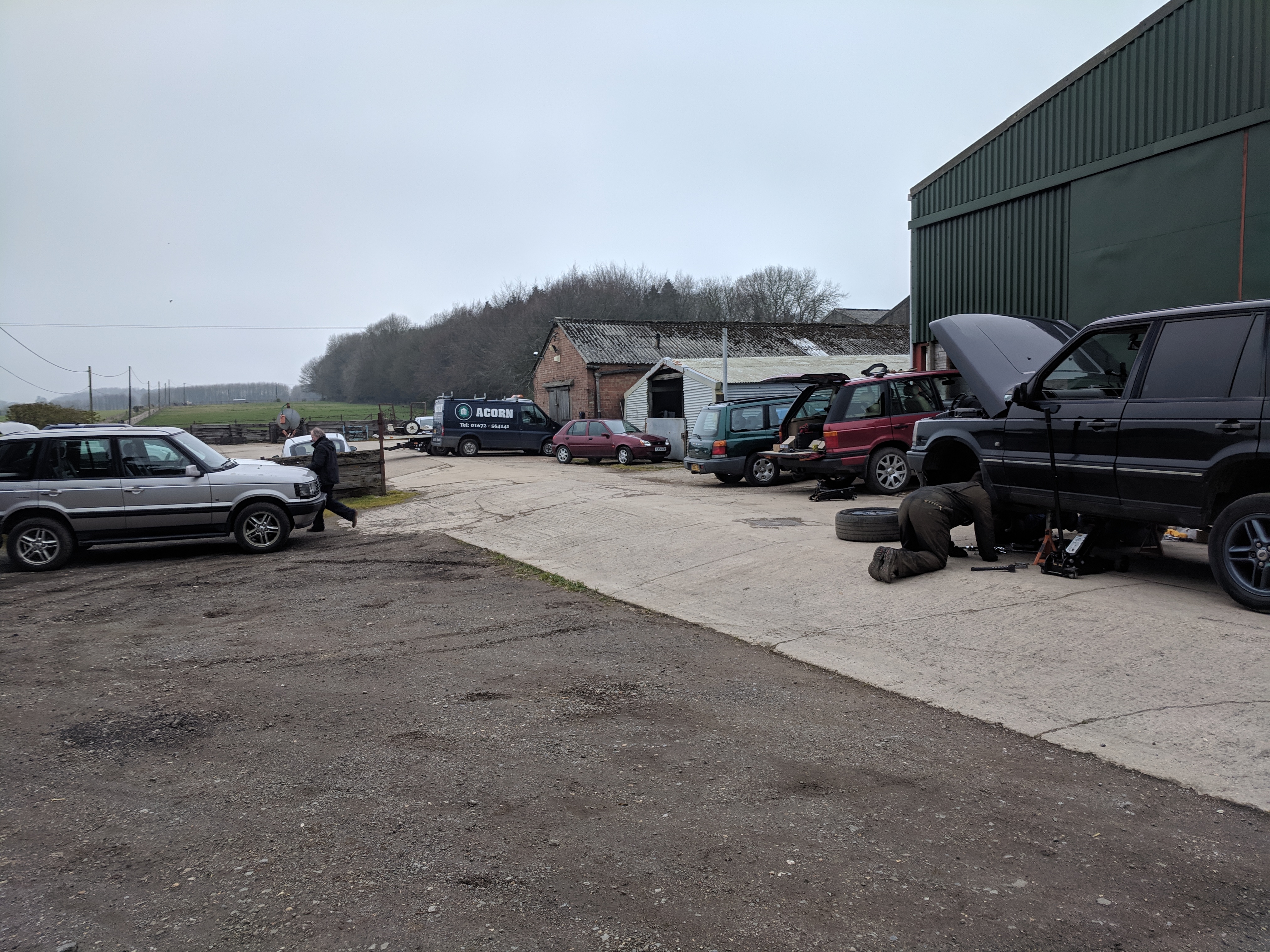 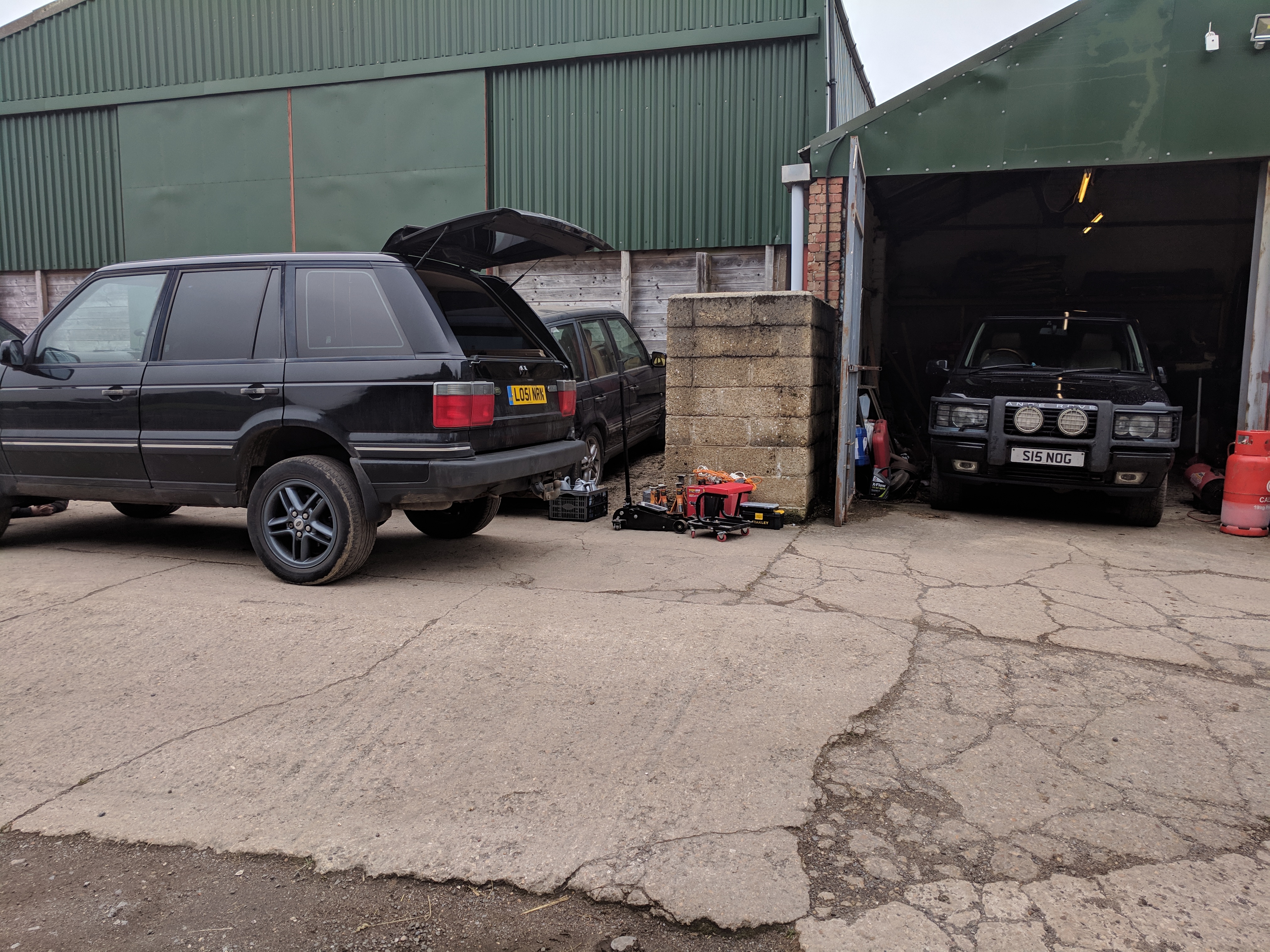 And the mysterious case of the non-functional blend motor: 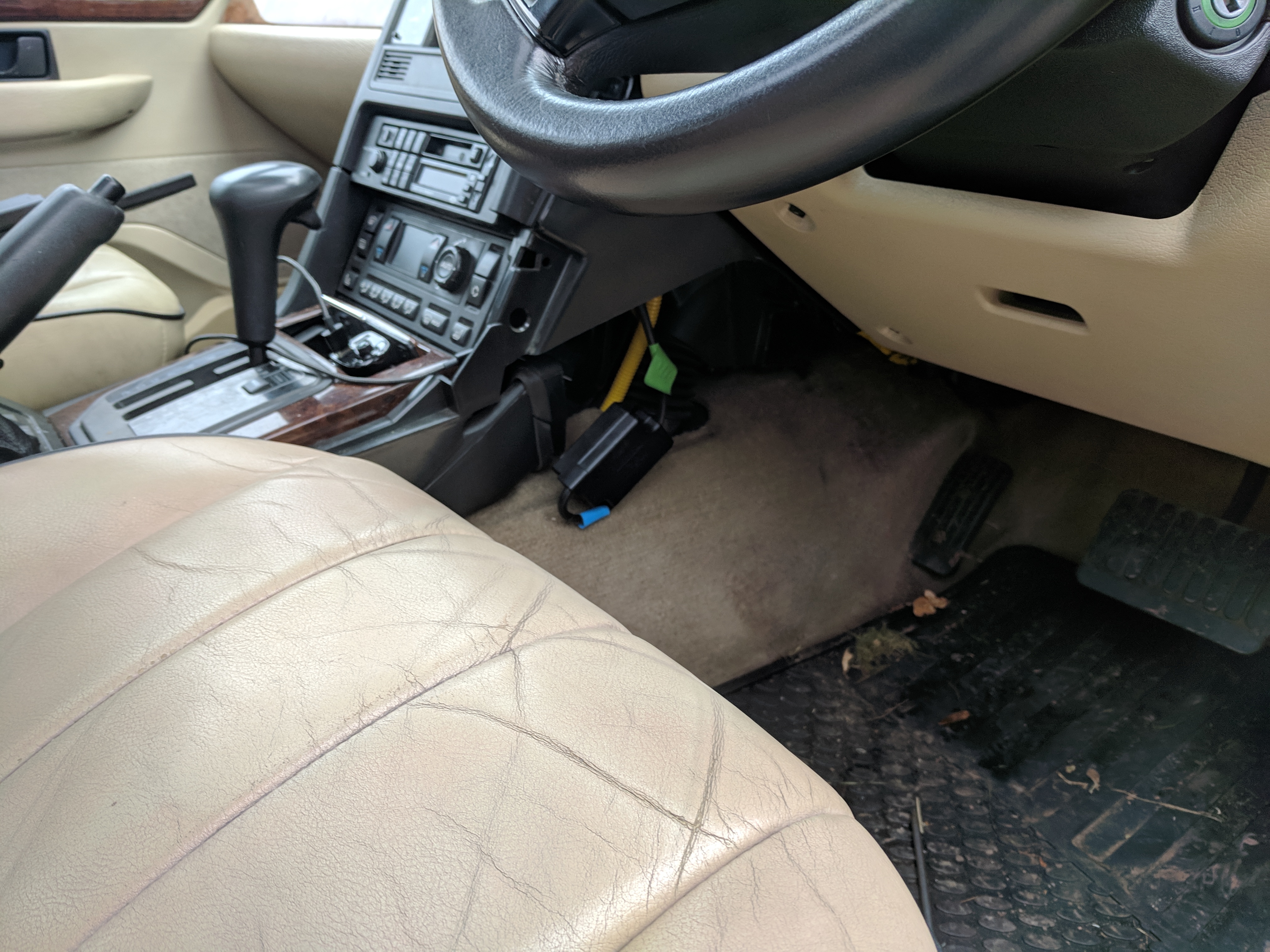 Rutland show's off his balancing act: 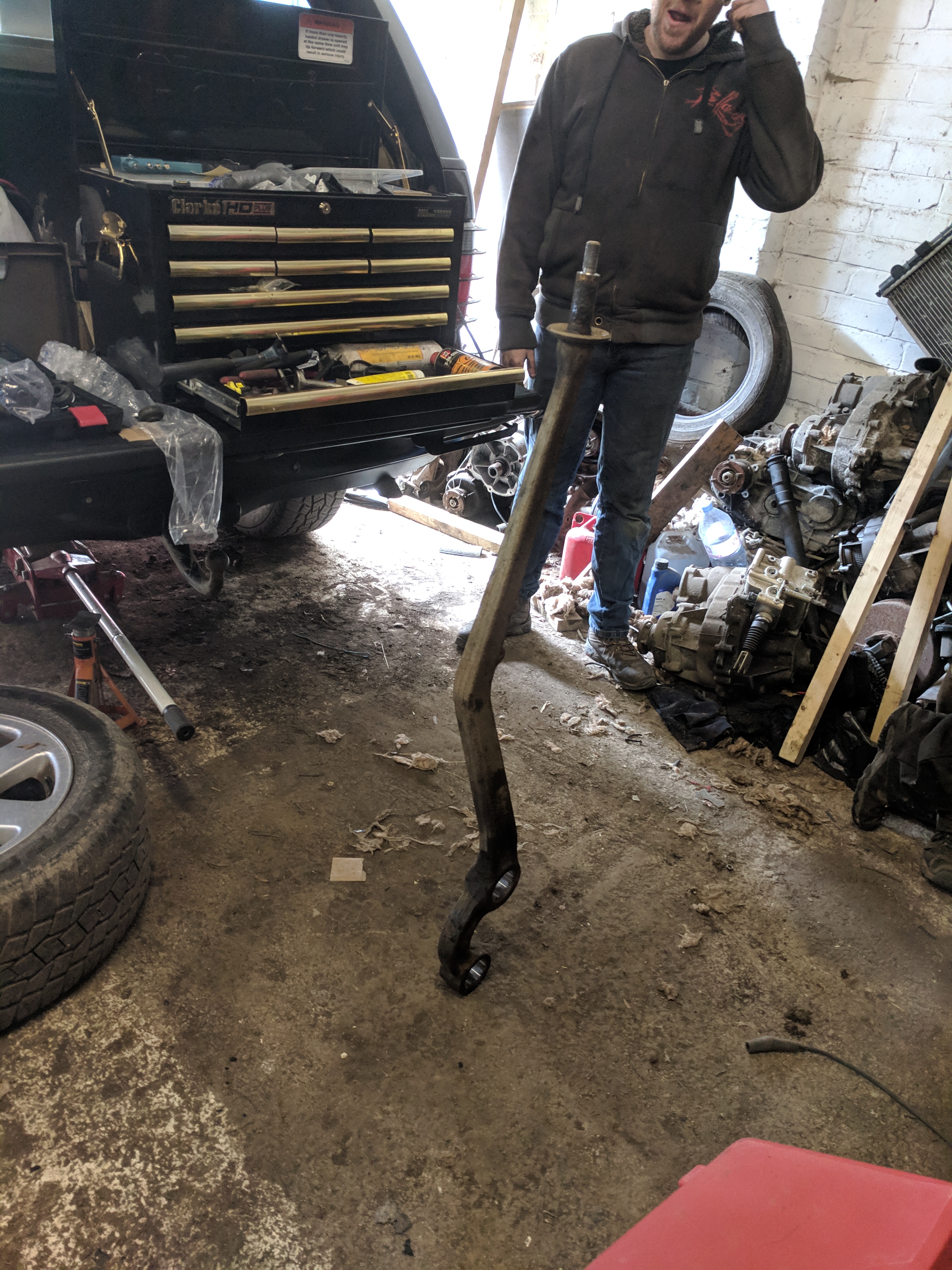 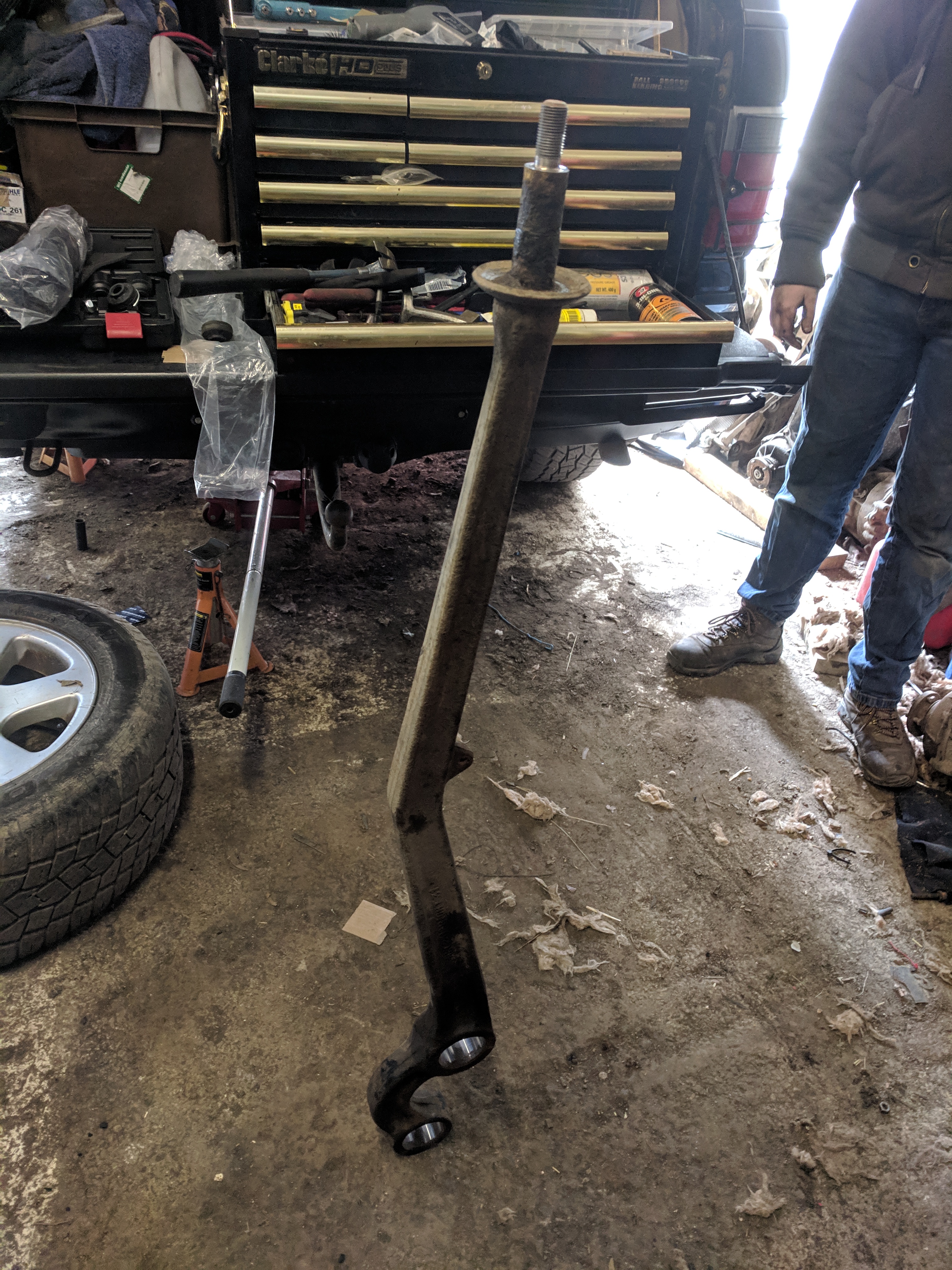 And finally we've optimised the process of oil changes with the revolutionary bulk lubricant vessel filling utility, aka: the batten and tap. 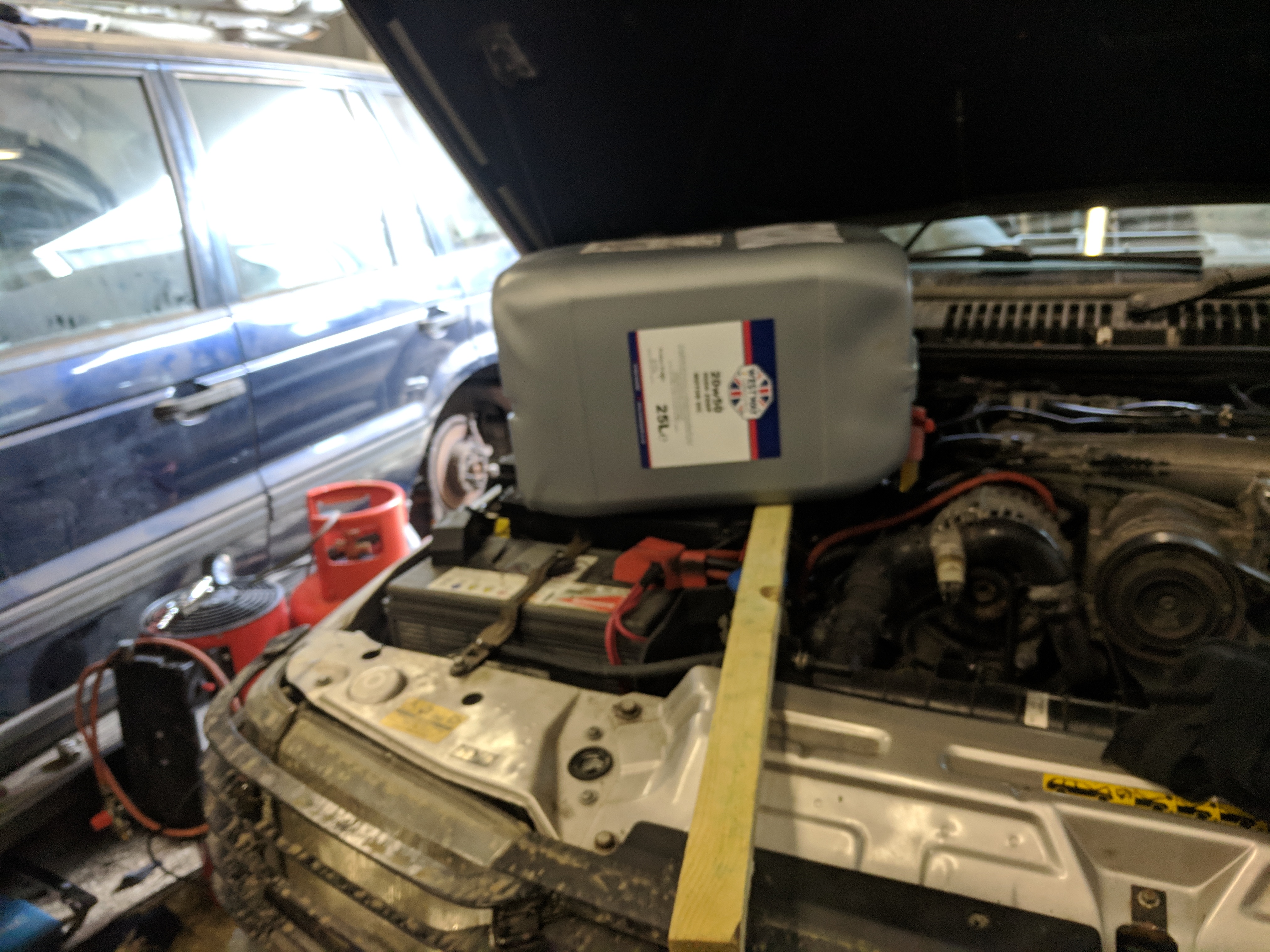 Thanks to Gilbertd for the explanation of uploading. Still inexpertly done but they should appear now although they look huge on my screen.

I'm very jealous :( but I'm hoping to make my own pilgrimage to Swindon in the not too distant to get new Radius Arm bushes and stuff sorted out. I think I'd better take a lot of beer :D

I'm sure it was just a trick of the light!

Yes I am hoping we can sort out another weekend, as again the radius arm and suspension work looks like a great plan. It might be worth trying to loosen some of the bolts before we head down next time. Obviously re tighten but an angle grinder was used on Gilbertd's car. Also the bushes do not come in a kit make sure you have exactly enough.

Aww nuts, missed a met. Oh well, it's my own fault for not coming on here for ages. Been busy with work and house and the P38 has been behaving splendidly.

Yes I am hoping we can sort out another weekend, as again the radius arm and suspension work looks like a great plan. It might be worth trying to loosen some of the bolts before we head down next time. Obviously re tighten but an angle grinder was used on Gilbertd's car. Also the bushes do not come in a kit make sure you have exactly enough.

Best to get all new bolts and assume the old ones will need to be cut. Centre tube on my factory fitted bushes was alloy so corrosion lock against the steel bolt was inevitable given time. Sheradising, zinc plate et al will hold things for a while but anything much past ten years and you are on borrowed time. Cadmium plate is an effective protection but that's been verboten since about the mid 70's.

One of mine came out with (great) difficulty. The other three I eventually gave up upon and had to cut. No way I was re-using the old ones so wasting most of the afternoon trying to get them out was less than clever. Next time if two or three bashes on a bolt end don't drive it through far enough to hide the thread its getting cut. Or just cut and be done.

I didn’t think any on RutlandRovers need to be cut. GilbertD’s on the other hand!