rangerovers.pub
The only place for a coil spring is up Zebedee's arse.
Rear door handles details.

I am trying to find out how to tell which rear external door handles is which from the part number. Also, which way up does the plastic hook, on the back of the handles, go ?

When the handle is fitted does the plastic hook pull upwards ?

I am trying to figure out which handle I need to send back to Rimmer Bros as they have sent me two rear handles but one has a plastic hook fitted and the other has nothing fitted. 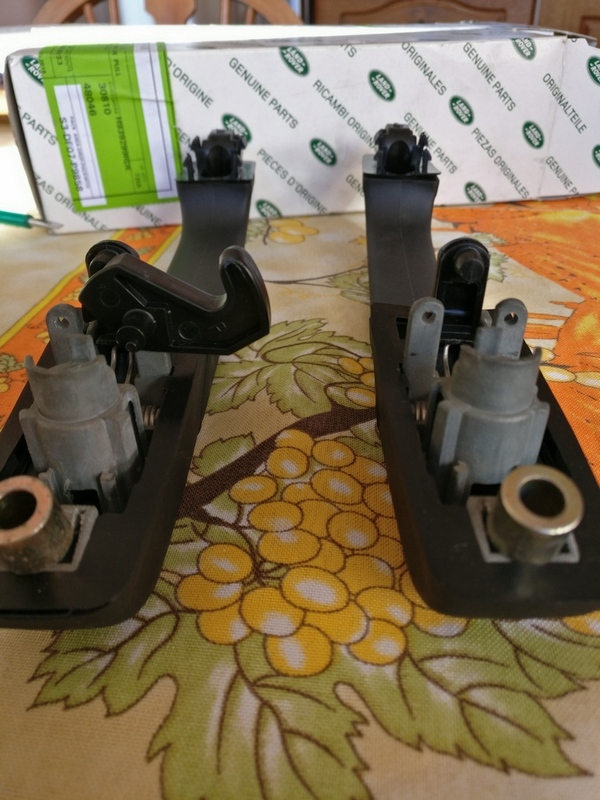 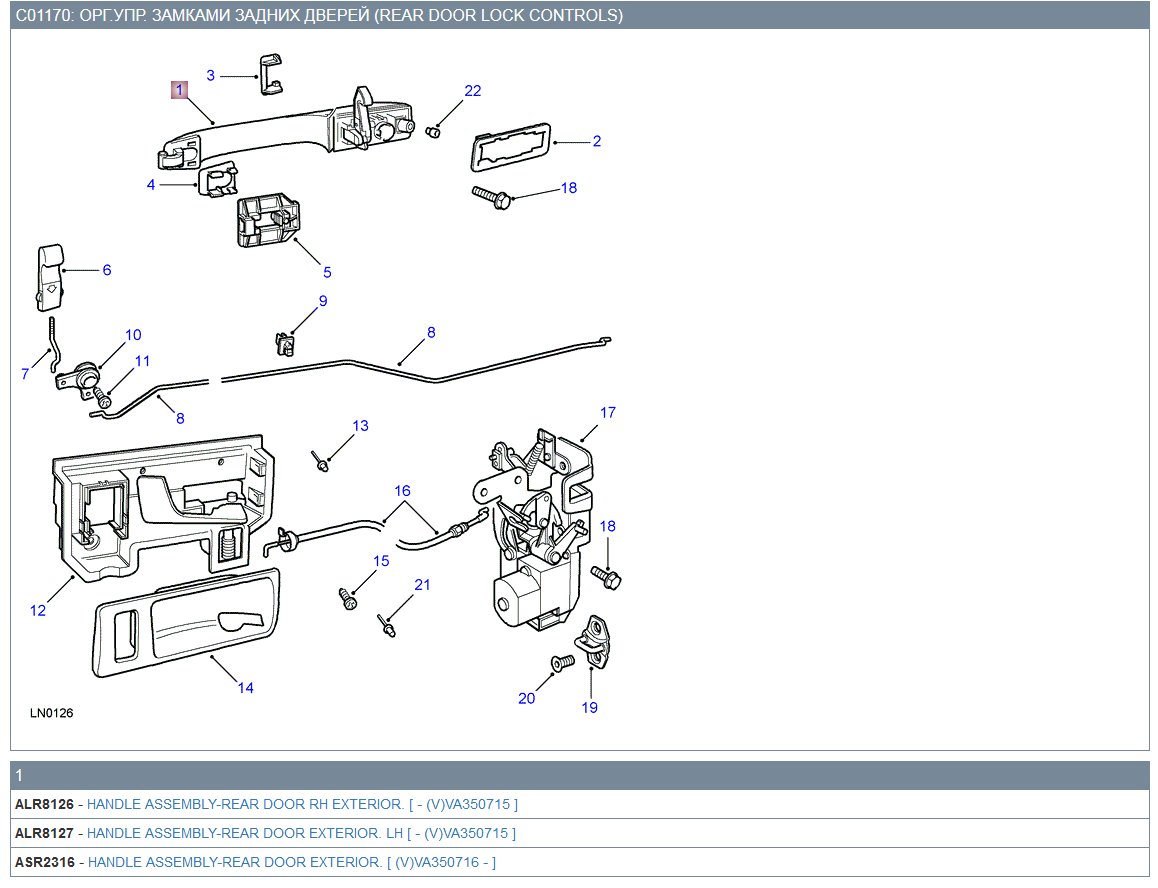 Hi Richard, thanks for the diagram, I couldn't find that one until this afternoon. I copied yours and replied to Rimmer's as it gave the most obvious view of the parts. I am a bit surprised that Emily [Rimmers] didn't find this diagram herself seeing as she works for Rimmer's and deals with Landrover.

The one pity that I have is that the LRCat doesn't have pictures of the parts. I did notice that the listing for the handles does show American [LHD] models and, separately, American/Canadian/EU descriptions, from which I am pretty sure I have used the correct side for replacement.

The big plus was that the diagram that you posted showed which way the hook is positioned, thereby determining which side is which. It is unfortunate that LRCat didn't apply a different number on the diagram for the two sides, although looking again at the diagram there are three listings under the diagram.

Anyway, many thanks for your help.

Not sure what you mean about LRCat not showing pictures, that is a screen dump from LRCat? It shows rear handles and it gives the part numbers for LH and RH sides. Rear handles will be the same whether RHD or LHD, only the front's will be different.

There is a break point. Early vehicles had different handles on each side (ALR8126 RH and ALR8127 LH). Later vehicles use the same handles on both sides (ASR2316). The break point is VIN VA350716 which dates it to vehicles built from mid September 1996.

Hi Marshall8hp, thanks for your reply. I have sent the details to Rimmer Bros to see whether this information will help.

Gilbertd, when I looked at the Russian website for LRCat I could find the main diagram for the door handles, but if I look at the individual descriptions there is no diagram, it just says there is no pictures available but has the image box which is blank. I was hoping that I could have checked the part number against the diagram, but unfortunately that can't be done. That was the reason for my reply earlier.

The diagram showing the complete handle set definitely shows two handles [left and right] and two significantly different mechanical parts on the inside of the handles, namely the hook-shaped plastic pieces. One is definitely right handed and one definitely left handed. However, I do wonder of Marshall8hp is correct in saying that the same handle is used on both sides after 1996.

I was hoping to get the new handles and keep them in the garage until the weather warms up a bit and then strip the doors and fit new handles. Now it looks like I have to strip both rear doors, check the opening mechanism, put everything back and then order the parts. And then do everything again later.

In fact, if you put your VIN into https://www.vindecoderz.com/EN/check-lookup/SALLPAMW31A452327 it gives you the full build date and spec for your car (even the original UK registration number)

Thanks so much for a really informative post, at least I can get back to Rimmers and [a] apologise for probably chasing the unobtainable, and [b] asking them to source the correct part [one of which it looks like they correctly sent - and I returned !!!].

I will look up the details according to your VIN tool.

Very many thanks, Pierre3.