On the chassis rust, whilst mine wasn't quite so bad, it will come back. I found a small belt sander worked on the fiddly bits although it did cover the whole garage in a fine red dust which I still find in odd places.
I just concentrated on one area and tried not to be distracted by the size of the problem.
It's looking good so far. 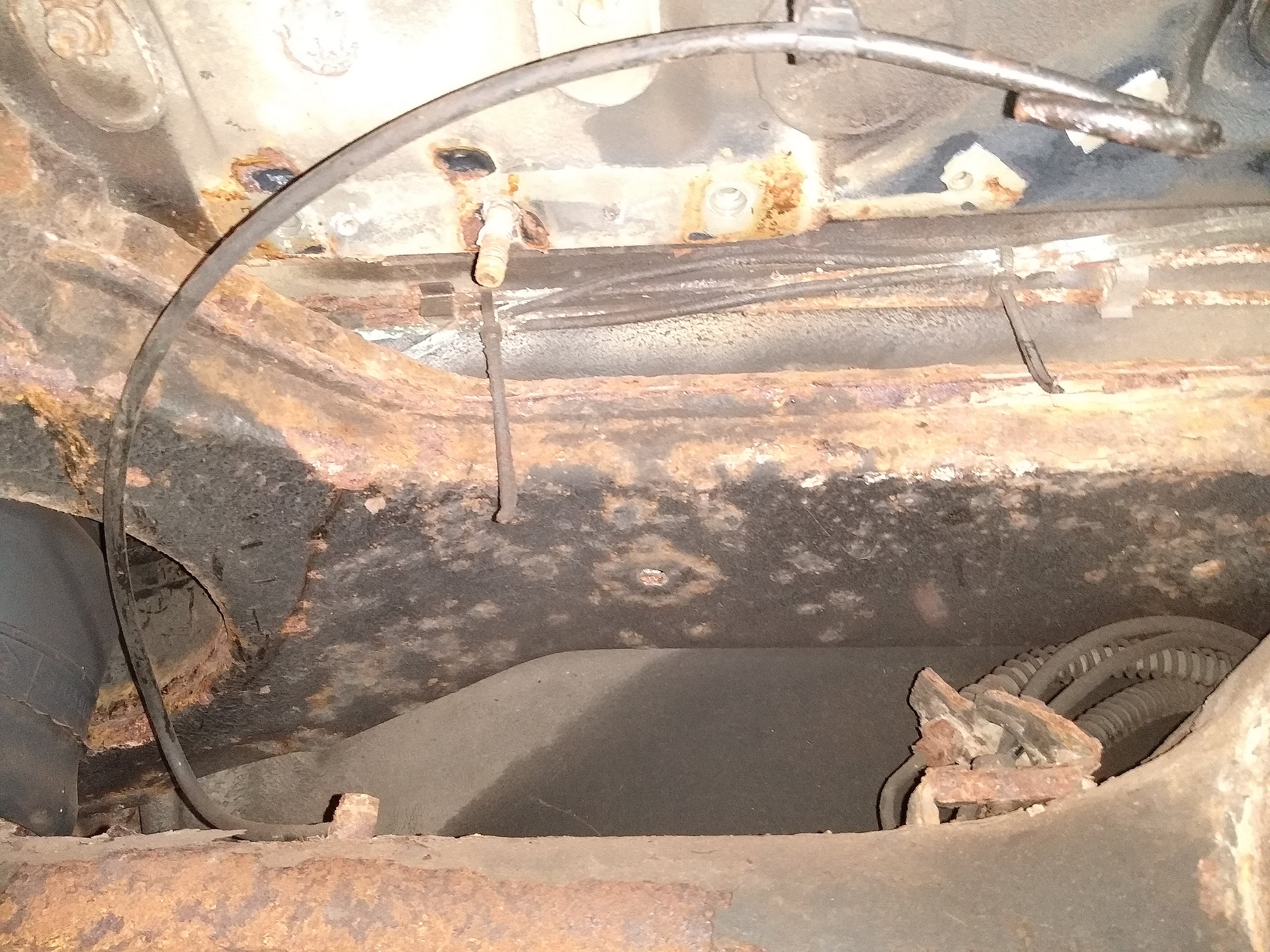 Thanks David, assuming that's a "before" pic of yours, then there are parts of my chassis that don't look too bad.

I think you've touched on something important there though, about not being distracted by the size of the problem. I've probably been doing that and thinking that it wasn't worth doing anything if I wasn't doing it 'properly'.

Another issue right now is that it's winter, so not all the paints and coverings are happy going on below 18'c, in an unheated garage. And let's face it, how often does the north of Scotland see temperatures above 18'C even in the height of summer!

I don’t see any rust that I’d be concerned about. Clean it up a bit and spray it with something like Tremclad and it will be good for another 20 years.

Don, my unheated but attached garage is below freezing right now. The P38’s been inside for 20 hours and the snow hasn’t melted off. It was -28C outside! We don’t get it that cold very often fortunately.

Thanks Harv - a bit of perspective there! We were about 2 or 3 below on Tuesday; about 3’ above freezing yesterday; and they’re forecasting 10’ today!

I’m pretty sure I wouldn’t be doing anything in a garage at -28!

It was -28 outside, not in the garage. I can use my electric heater in the garage to make it quite comfortable. It’s warmed up to -13 today so it’s going in the right direction.

I’d found the Drizz Developments via Google, but haven’t been able to watch the video yet.

I have been thinking though that whether it’s DIY or not depends on the space and the tools etc you have available - specifically a hoist or ramp to help separate the body from the chassis; and then a forklift or similar, to lift the bare chassis on/off the trailer.

If you were able to separate the body and the chassis; and had an engine crane, I don’t think it would be that far from DIY.

Once I’m mobile again, I’m going to get in touch with an underseal/rust treatment place and see what they reckon their chemicals can do. I’m told it was ca. £600 to prep and treat a Defender, and that’s a bit cheaper than £3000 to do the chassis - which I suspect is probably a bit low away up here.

Edit - OK, just watched the first two videos, and I’d agree that it’s at the furthest end of the DIY spectrum. It doesn’t really seem technical in any sense, just a bit involved, and lots of heavy lumps to shift about. If I’d a ramp and a hoist then I suppose I might think about it more seriously in the future, but for the moment this is definitely not on the agenda!

I found that having undone all the bolts it was possible to lift the back of the body from the chassis with an engine crane and some ring bolts wound into the captive nuts from inside the boot. I didn't lift it very far but I did manage to renew the rear brake pipes more easily. The top of the sides of the chassis were fine and reasonably accesible as is the front so I didn't feel the need to lift the whole body off.

A weird one ... putting back together the centre console (cubby you call it?), it finally came time to fit the rear vents, old set I had was broken.
I've noticed they fit with screws on two tabs on the lower part of the vents, from the sides, but INSIDE the console, and I seem not to be able to find an access to it.... looked in the Workshop Manual but while it details how to remove the vents in the dash, does not say anything about the rear ones in the console ... any ideas?
Will NOT make a hole in the leather, before you suggest that ha ha

If I remember correctly the floor of the box comes out giving access to the screws. But it was a long time ago and I may be thinking of a different part.