rangerovers.pub
The only place for a coil spring is up Zebedee's arse
Nano inconsistencies

A quick question regarding IAT. Hooking up my Nano an going through the various screens I see there are two showing IAT. One is under the Instruments page and the other under the GEMS ECU page.

The instrument page always shows the IAT to be somewhere around what you might expect to see (eg it was about 16 outside, engine running and the IAT was about 20, given the warmth of the engine bay, rising to 30 when engine off for a few minutes), whereas the ECU page always shows the IAT at very minimal levels (same day it was -2, which I can assure you it never gets to in Sydney).

I’m not concerned at this point as to the accuracy of the reading, but more the difference shown, using the Nano, which must (does it) get its base information from the IAT sensor. Anyone else get this sort of thing on this or other Nano menus?

I know the Nano is straight out wrong on certain sections (says mine is a 4.0 manual, whereas a proper test book shows 4.6 auto, nano shows UK police setting selected whereas test book shown non police) but I was interested in this difference. I’m off to send a note to the Nano guys and see if I get a response.

I dont think BBS give a monkey's tbh. Yes, my IAT reads low, but if you have access to Testbook I'm interested what it reads from the IAT?

One thing I've found a couple of times with mine is that if there's an firmware update, I generally have to run it 3 or 4 times before I get all the functionality back.

Normally it's the touch screen not functioning in certain parts, coupled with the inability to communicate with various things.

Each time I run the update, more functionality seems to be restored.

Last upgrade required four runs before it was happy.

I posted about it on the forum and the response was basically, "That's strange"!

Careful, the guy that owns BBS is a member on here.

I have got a Faultmate and BBS has its own faultmate forum. Loads of good info and help. Some familiar names on there as well.
I am sure there will be an equivalent nano forum.

What is the jumper you are referring to?

If you unscrew the plate at the end with the USB port, you'll see a little contact block just to the side of the plug. There's a yellow jumper plug. 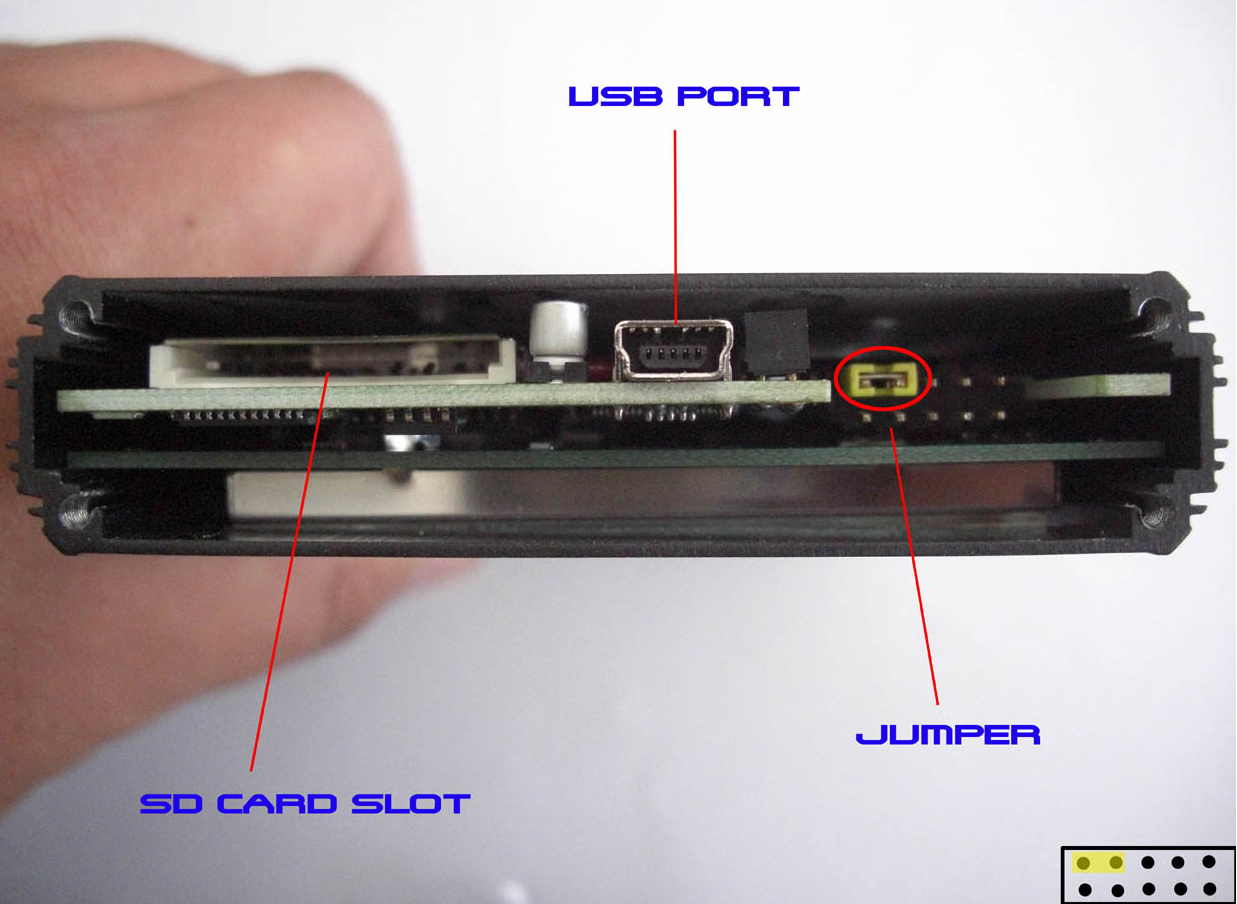 In the case of having update issues, remove this plug with needle nosed pliers/tweezers and then run the update. When complete, replace it.

As I said, I had to run the update multiple times, each one restoring a little more functionality. Tedious, but you get there in the end!

Just to update, I lied.

The last update has now killed the screen functionality. There's a tiny little bit in one corner that still works. Unfortunately, this isn't the bit that allows me to enter unlock codes.

Put a post on the Nanocom forum, so maybe I'll get a response.

Did you try testing out the Nanocom from your computer with a USB cable? I think you have to keep the SD card in to do this.
you mention you need to complete the update 3-4 times for it to work. Have you tried another USB cable? The cable you are using could be FUBAR.