rangerovers.pub
The only place for a coil spring is up Zebedee's arse
Scrapped?

She was given away in 2004 and according to the MOT history soldiered on until 2012 when the MOT ran out..

The MOT status website doesn't list G27PNF as a vehicle on the database however the MOT history still shows.

Is is possible to trace an old Classic, are there any avenues that lead to a possible lead as to what happened to it, is there a way to tell if its been scrapped?

I'm also looking for VGH17M which was the 2dr my Dad had in the early 1990s, she is Sorn parked somewhere!! 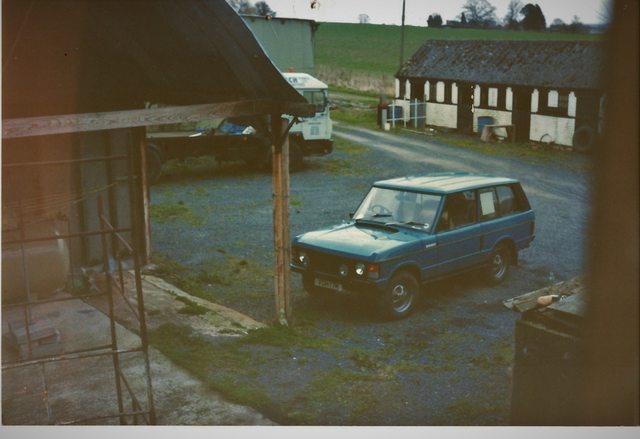 If it doesn't list it on the DVLA vehicle checker website, that generally means its either been scrapped, or possibly exported (Gillbertd would be the one to confirm if that might be the case?). It will still list it on the MOT history if thats the case.

The reg hasn't been transferred, as if it had the MOT checker doesn't list it (The Disco I have used to have a different reg which was kept by the person I brought it off and that shows the history only under the new reg).

If its been scrapped by the older method (ticking scrapped on the logbook and sending to DVLA) then it may stay on the vehicle checker website. Equally that might indicate its parked up somewhere offroad though on SORN.

VGH17M last V5 was issued in 2012, suggesting it was still around at that point, although its not been seen by an MOT since 2005 so isn't on the road. Not to say it isn't being used somewhere offroad of course but still appears it might not have been scrapped.

"Information about you or your vehicle

You can ask for information that DVLA holds about:
you
your current vehicle
a vehicle that used to be registered in your name

It’s free.
Information about you

You’ll need to include:
your full name
your current address"

But don't hold your breath. DVLA used to deal with registering an import in around 10 days. Still waiting for a V5 for one that I sent the papers in 2 months ago. The last one I did took 3.5 months. Even a re-import (UK car that had been exported and then bought back) took 3 weeks instead of the usual 4 days.