rangerovers.pub
The only place for a coil spring is up Zebedee's arse
OBD port.

Hi, I was wondering where is the OBD port in a UK RHD 2001 P38 ? I have been looking on the internet and there seems to be some confusion. Some sites say that it is under a large trim panel, under the steering wheel, and other say that it is somewhere under the passenger side trim panel under the glove box. Any help would be appreciated.

Also, I found what appears to be a 9 pin serial plug connection sitting behind the passenger side headlight, and I wonder whether anyone might know what it is for. Could it be an extension to the original OBD port, for access from the engine bay ? It has a small, thin wire from the back of the plug and connected to the large master plug, which, in turn, is plugged into what I believe is the diesel engine ECU.

The plug behind the headlight also has a flexi-tube cable protector from the back of the plug and going to what looks to be a screw-in electrical connection cap under the air intake duct and on the side of the engine block.

Perhaps someone might know what it could be. Could it be the OBD port plug ? As I asked earlier in the post, where otherwise, is the OBD plug, under the steering wheel, or in the passenger side footwell ? 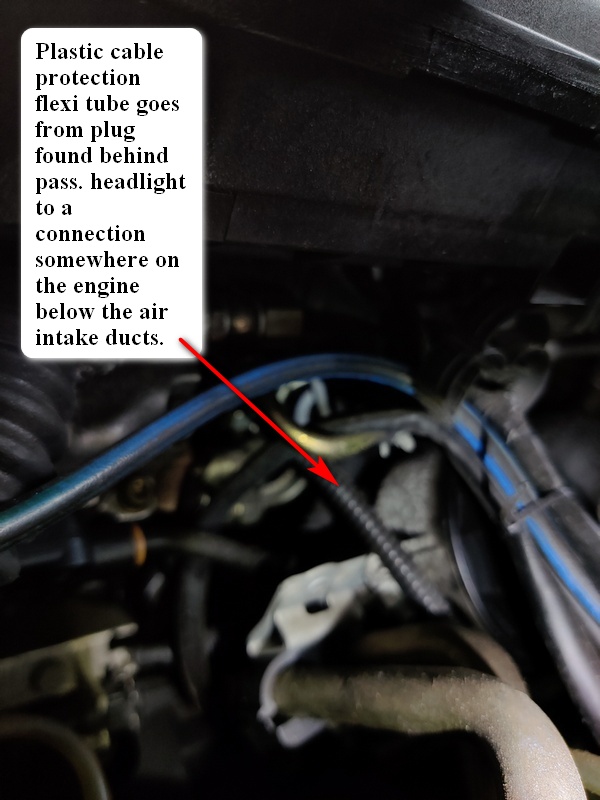 Any advice would be appreciated.

I've already embarrased myself by asking where the OBD is. If it is the same as a 94 petrol one it is on the left side near the tunnel but further towards the bulkhead than you would think.

That serial port is something that someone has added, it isn't original. As David says, OBD port is on the passenger side, close in to the centre console and a long way forward so almost at the bulkhead.

Oops, Simon posted that it could have been a modified interface cable for an LPG system but he posted it twice so I deleted the duplicate. But it looks like he also deleted the duplicate at the same time so both posts disappeared. Sorry Simon, however, that would make sense if he didn't have a diesel......

Not sure what just happened but I had a duplicate post, so deleted the first post, now both posts have been deleted. The post #'s were 4 and 5.

Gilbert's 'that would make sense if he didn't have a diesel' was in reply to the post I accidentally deleted, in which I said I've seen a P38 where someone has cut the LPG interface plug off to wire-in a 9 pin plug instead which could be used with a WTV LPG interface cable.

This post crossed with Gilbert's post above... Hehe Gilbert that was confusing but thanks for trying to help.

Yes and mine hehe

Errrmm, sorry guys, I am somewhat puzzled [it doesn't take much] about the 9 pin plug behind the headlight. I have a 2.5 DHSE, so no LPG.

Maybe it's a plug for remapping the ECU, if you had the software ?

Could be anything, it isn't original so it's something that someone thought would be a good idea.

Is there a printer in the load space : o)

It's for plugging it into an Atari to use as a really big Pole Position controller.

Are there any other aftermarket looking electronics boxes in the engine bay or engine sensors?

Hi, I looked for any signs of printers, access control boxes, game consoles, but I found nothing except for the warning sign about not connecting to plug to a petrol driven lawnmower !!! Seemingly, there is a danger of loosing your fingers when lifting up the lawnmower to connect to the engine in the vehicle !!!

Lpgc might have a point. There is a Rimmer Bros Power Box connected to the engine. 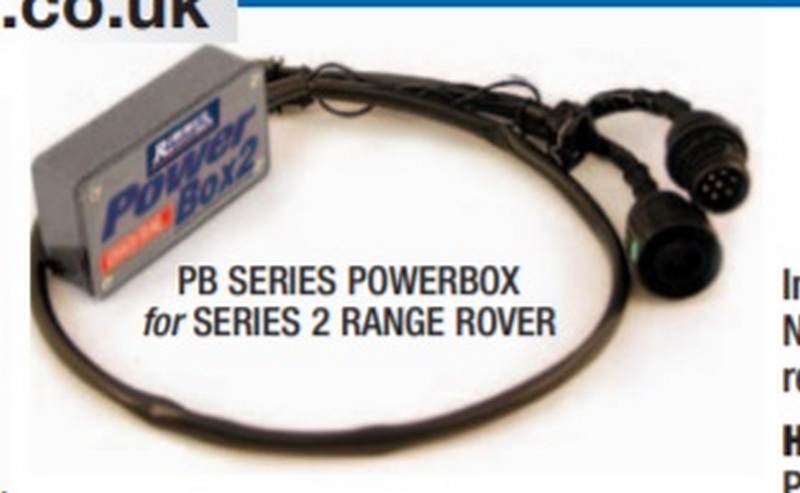 The only thing is that the two items don't seem to be connected together. I have a feeling that the 9 pin plug may be some sort of mapping connection to the diesel ECU because the single cable is connected from the plug to the wiring loom going into the big multi-plug connected to the top of the ECU.

The plug obviously hasn't been used for a while because it is a bit rusty !! And I don't have any information about it, in the car paperwork which came when I bought the vehicle. In fact I had the vehicle for over 12 months before I realised what the small square box tie-wrapped to the EAS pipes was. When I first noticed it I thought that it was something to do with the air suspension. What a plonker !!!!

But the question is, have you found the OBD socket yet?