rangerovers.pub
The only place for a coil spring is up Zebedee's arse
What do you call it

i have never seen one "healthy" and working ... if any of you have such, I'd be delighted to see even a photo of how is the underside - that "unfolds" by itself when you open the lower tailgate ... all the ones I've seen are broken, some VERY broken.

I'll get a photo for you. I bought a NOS one a year ago so it is spring loaded and works as it should.

I bought it of a mob in Melbourne. It was advertised as including shipping. After I paid for it, they contacted me and said I had to pay for shipping, I declined, they refunded me and re advertised it, again and again, and again, getting cheaper all the time. When I finally bought it three months later, the price, with the new added shipping was 20% less than the original price I paid three months previously.

I had the same problem, got a working one, which gave up, too. The plastic notches seem to get brittle and disintegrate ...
Now I copied the idea / workaround from a friend and very happy since then: 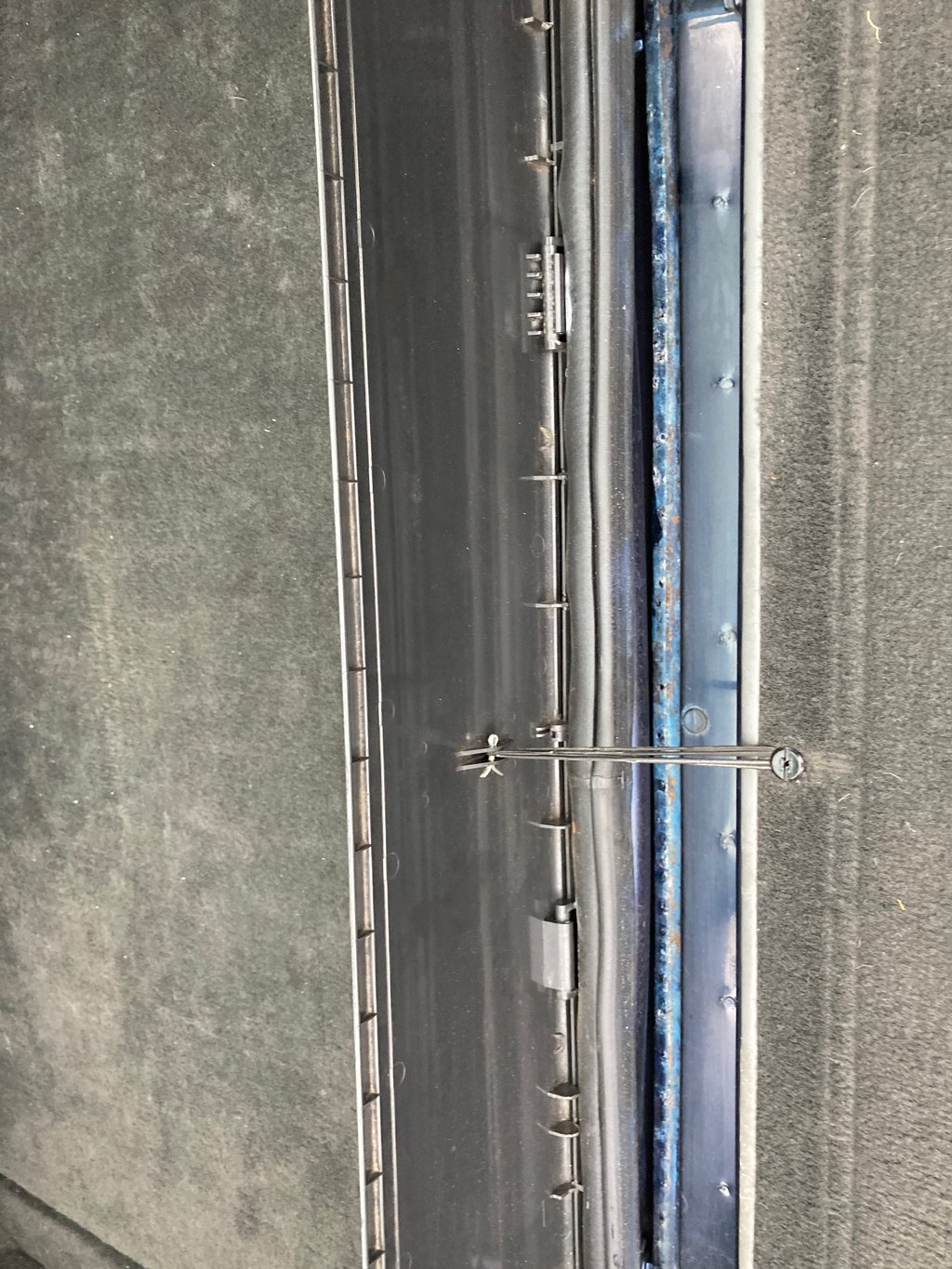 I did it with all three carpet fasteners (image is NOT my car).
Just a splint and some rubber band, maybe not the most elegant version, but maybe worth considering.