rangerovers.pub
The only place for a coil spring is up Zebedee's arse
EAS - Invalid Fault Code

There was mention of this really helpful quirk of the EAS diagnostic system in another thread recently (this one https://rangerovers.pub/topic/2698-dead-eas?page=1) but I think I might have found what is means.

I've been on the other side of the Channel (again) and just put another 2,000 miles on the clock. Arrived at my mate's house on Saturday and was leaving Sunday morning. As I was towing, the EAS was locked in Motorway as I normally keep it, but his 'driveway' needed a bit more clearance so turned inhibit off and poked the rocker to put it to Standard height. Up she came and I set off, only to notice the EAS light on the dash had come on and it was at High. Thinking I might have poked the rocker twice, I sent it back to Standard and carried on. About a mile later, the dash light comes on again and it rises to High, poke the rocker again and drop it down to Standard. By this time I'm trying to remember where the spare rocker I have somewhere might be as it looks like mine is showing it's age. Then, just as I was going through a toll booth, it does it again. As I'm travelling slowly, I ignore it for a minute and that was when it gives me the beeps, 35MPH MAX and drops me to the bumpstops. Pulled over, got the Nano out, checked the fault and there it was, Invalid Fault Code. Cleared the fault, everything went back to normal and I carried on, leaving the Nano plugged in so I could clear it while driving if it did it again. Which it didn't.

Then I drove through the sort of rain I have only ever found in France. Hammering it down, motorway traffic down to 40 mph, wipers on high speed, road surface with about 2 inches of standing water, spray everywhere. That cleared and I carried on for another half hour or so when again, it decided it was going to go to High without being told to (was locked in Motorway at the time too). Cleared the fault, carried on only for it to do it again a couple of minutes later, dropping me to the bumpstops again too. Cleared the fault (Invalid Fault Code again) and, just like the previous time, it didn't do it again.

Then I started pondering it and realised it had only done it after torrential rain. The previous afternoon, on my way to my mate's house, I'd driven through this...... 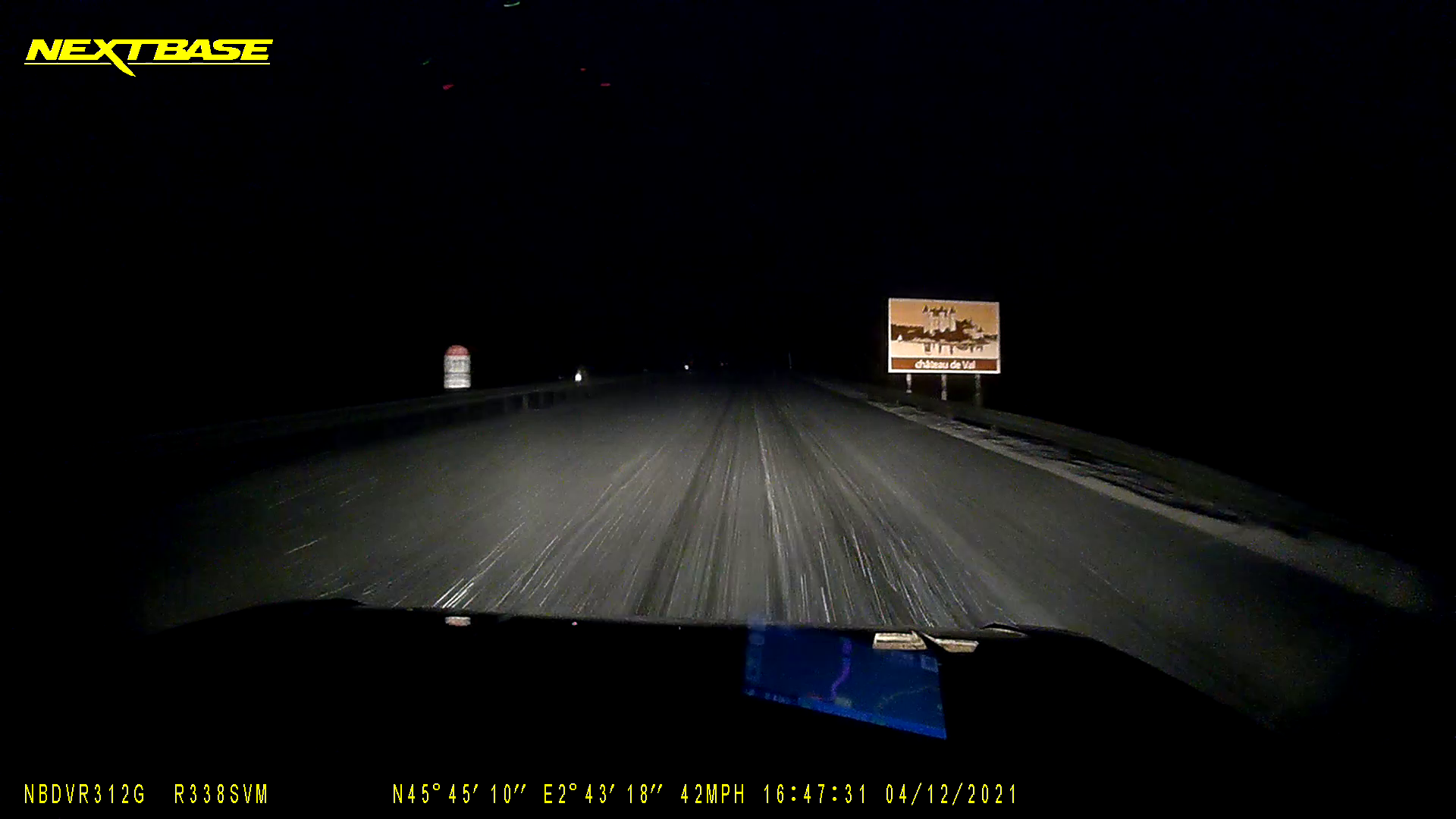 Which had subsequently turned to rain as I'd dropped down off the mountains. The car had then stood overnight and had started doing it as soon as I'd started it up for the journey home. Having the heater on to keep me warm may well have dried out any moisture that had managed to find it's way into the car. Then it had done it again after driving through more heavy rain. We all know that the multiway plug behind the RH kick panel can corrode and cause silly problems, but the wiring between the EAS ECU under the drivers seat and the rocker switch, runs through a near identical one behind the LH kick panel. I bypassed the RH one years ago but had never even looked at the LH one. So, having got home a few hours ago, I just have. I suspect Invalid Fault Code is caused by corrosion in the plug on the LH side as this is what I have found. 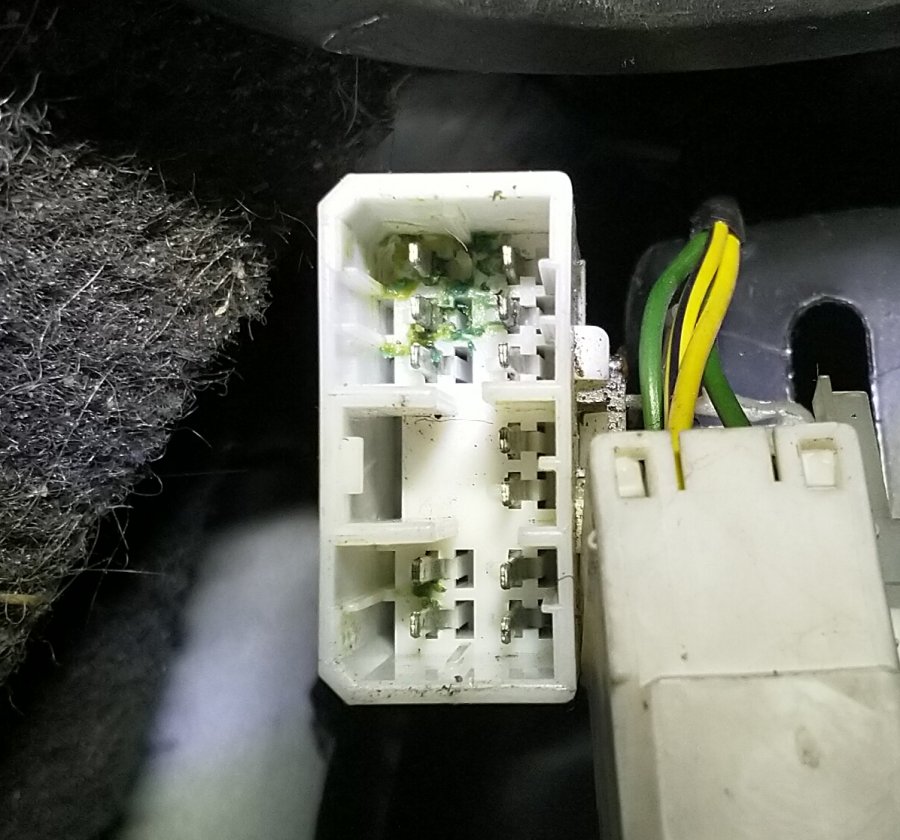 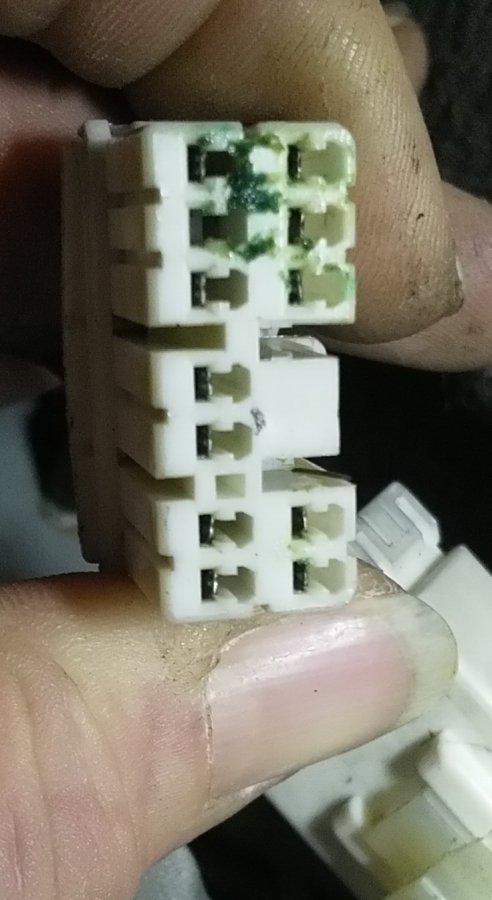 Pins and sockets look good, not rotted away completely like some I've seen, and should clean up easily enough, so that is a job for the morning but I'll put a bit of silicone grease in there to protect them from any moisture in the future. It seems to be dry in there but I don't believe in coincidences and the green isn't going to help at all. As Bolt discovered some time ago, the rocker isn't just a switch, it has some electronics in there too so I'm thinking a high resistance connection between different pins would be enough to make the ECU think the rocker had been pressed. If it sees signals that suggest the rocker is being pressed up and down simultaneously, that may well be what triggers the fault.

I have had very similar issues, exactly the same symtoms.
Haven´t pinpointed it to rain or moisture though...
But I soldered all the connectors behind both panels and it didn´t make a difference in my case....are there any other connectors ?

Catapillar ,earth moving machinery company use lanolin grease on the wire looms in their trucks and mining equipment , after 5 years in the mines it's the only part that still works, just an FYI
without it the looms last 12 months, they just dip it in the tin and push together.

my 2000 P38 has had the exact same issue down to only happening after heavy rains on extended drives.

where exactly is the plug on the LH side that you are referring to?

Behind the kick panel, where the bonnet release is on a LHD car.

EAS Randomly going to high mode usually seems to be related to intermittent Drive Pack to solenoid connections. I still have a driver pack in garage that does this. Mine also does it every time just south of J10 on the M40 (both ways), but only >> 50mph. Seems to be a particularly bouncy stretch of road. I suspect the oscillations of the car confuse the ECU which cannot keep up, and it goes into high mode with invalid faults !!

I also did the "remove & solder" thing on those footwell connectors several years ago, but still occasionally get the Invalid Fault code. This is more likely bugs in the ECU or values that Nanocom & EAS-Unlock cannot understand. It would be interesting to see if LR Testbook also reports this ?

Odd that in my case it only did it twice after each torrential downpour and never did it again. Definitely not caused by bouncy road on the billiard table smooth French motorways.