rangerovers.pub
The only place for a coil spring is up Zebedee's arse
Power steering pipe clips.

Hi guys, I wonder whether anyone knows where I can get some power steering pipe clips. I have just replaced the power steering pipes and the clips that seem to be located on the radiator brackets have disintegrated. I am attaching a couple of pictures. 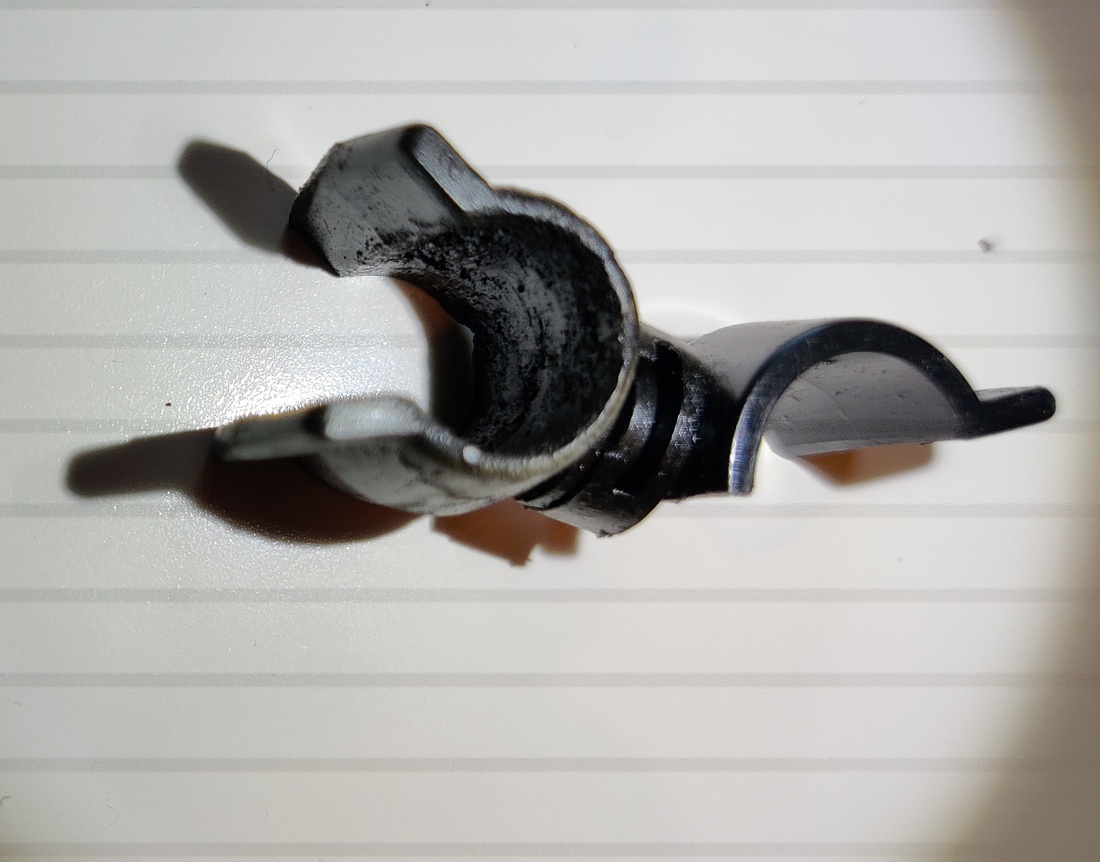 If anybody knows the part number, or who has them in stock then I would grateful. Failing that I will have to start checking with the used parts guys !

The only part shown on LRCat that looks similar is ANR2985, available just about everywhere but your, or at least the remains of yours, looks slightly different. To avoid problems with duty and VAT, they are available from LR so your local main dealer can supply, or try RLD Autos in France (www.rld-autos.com).

I can't quite figure them out. I am beginning to wonder whether these clips could have come from elsewhere, but the one in the picture was definitely attached to one of the power steering pipes.

There are two strange looking brackets still fixed to the radiator support lugs, where the round holes that hold the shroud are. They seem to be metal fixing, but I will see if I can get a better look in the morning. Either way, I still don't see anything very explanatory in the RAVE manual, just a vague mention in the power steering section of the manual. I'll try the details that you have kindly given me.

I have had no information on these little buggers so I got on to James Coleman, in Essex, and he is going to see if he can rescue a few from his breakers.

It may be that they are ones off a different vehicle entirely, they look like what a few Ford vehicles use to me from the photos.

I would love to know where they were fitted, but I guess that only someone who has completely stripped down a p38.

The other clips that I really want are the correct clips that hold the PS pipes, and are screwed to the two lugs which are located under the radiator. Maybe someone may have a part number, or even a couple lying around, unused. 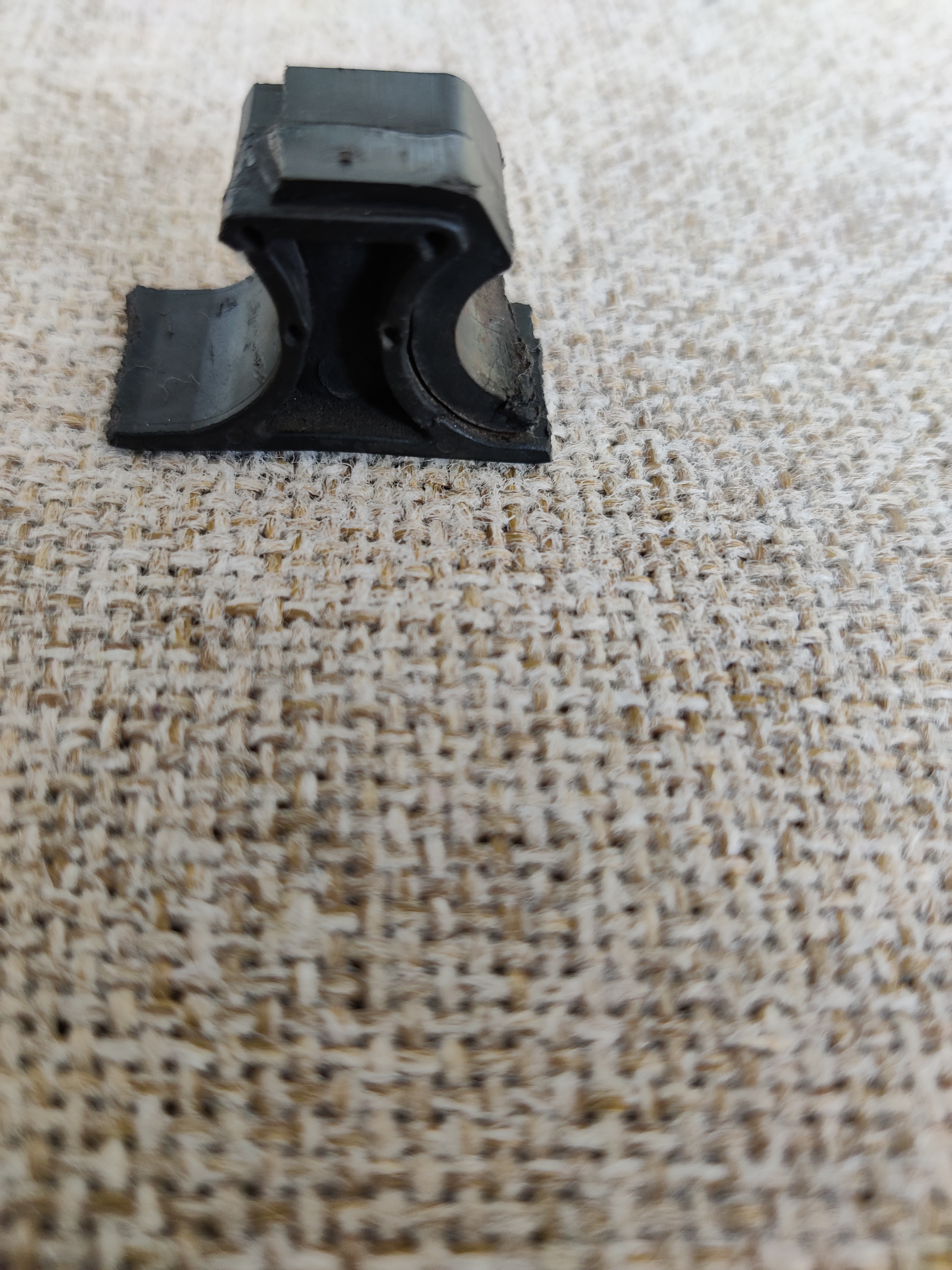 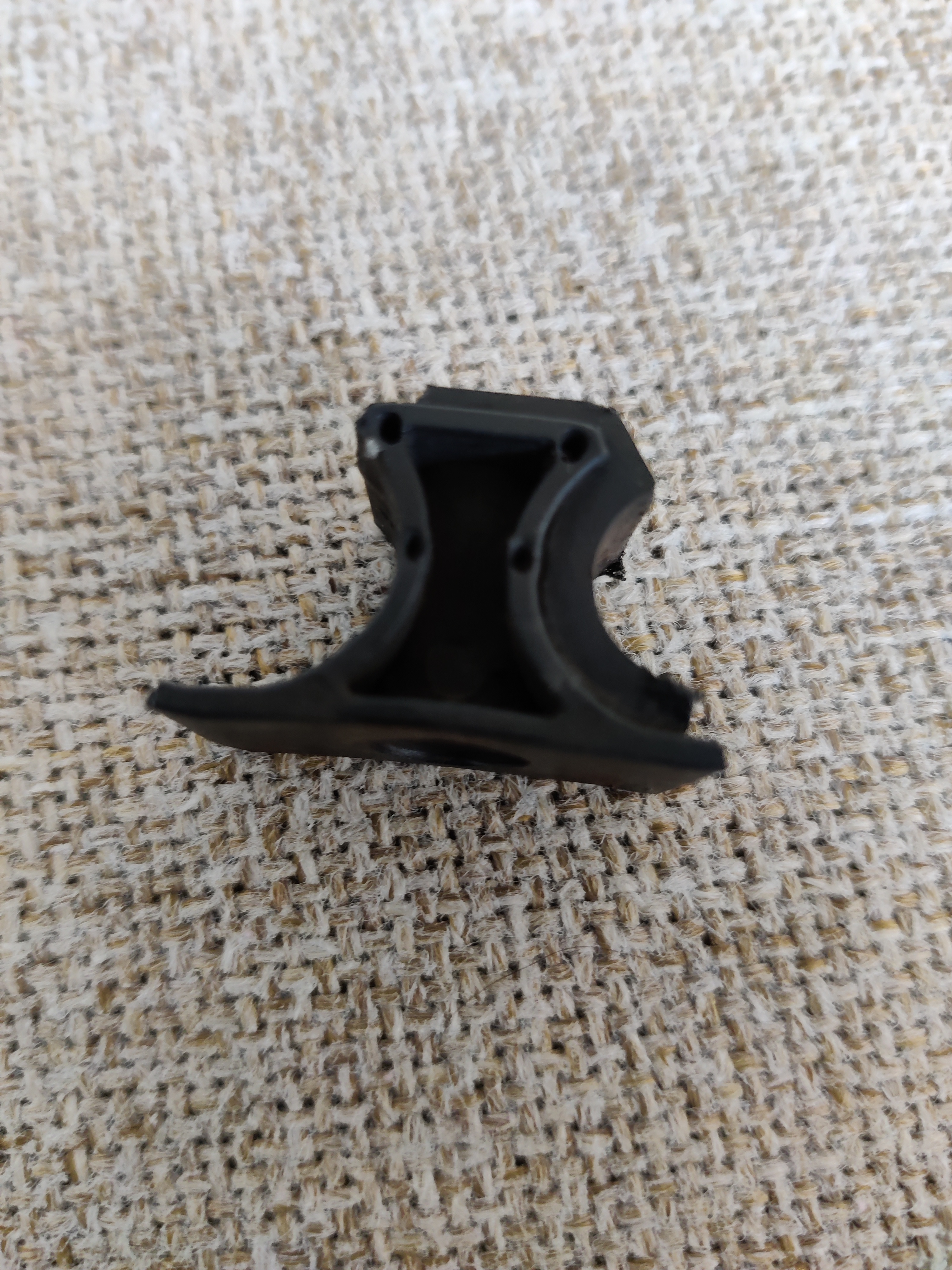 Just a final note to the issue of replacing the waterpump and power steering pipes.

But, guess what, two days later Madam wanted to take some chairs to sons house, and puts them in the back of the P38. I was a bit annoyed but I agreed, forgetting that I had left the power steering pipes loose under the rad. And...... yes, dumb-ass drove the car, and as I arrived at sons house I saw a funny looking stream on the road behind the car. Then, suddenly, the power steering wasn't power steering any more. One of the pipes had moved and had been cut by the power steering pump pulley.

So, off with the newly fitted power steering pipe and another trip to the hydraulic repair guys. Again, they did a really good job, and did it while I waited. I got home and refitted the damn thing, refilled the reservoir, and we were in business again, after making sure to secure the pipes again with new tie-wraps.

Therefore, a hard lesson learned - having fixed the original problem of a leaking pipe I compounded the problem by forgetting to refit new tie-wraps when I took the old ones off. Fortunately, getting the pipe repaired didn't cost very much so I think that I got off lightly !

I've been tempted in the past to have a "No Fly" type tag for the steering wheel of any car in the fleet that is currently "Down". I run three cars in a RAIV* configuration ie any one car can fail and be fixed in slow-time. Sometimes it's so slow that I forget!

*Not a real acronym. I stole it from IT - Redundant Array of Inexpensive Disks.

Yeahhh, I should have remembered but of course I didn't. I was very pleased with the first job as I had had to get the high pressure power steering pipe modified. I bought a new early P38 pipe as it looked similar to the 2001 version, and on advice from a guy I know. The difference is that the old type pipe has a shorter metal pipe that connects to the banjo connection on the top of the steering box, when compared to the later item.

What I had to do was to get a hydraulic company to cut the old, later model metal section and graft it onto the new, early modem power steering pipe. They did this with no problems, and the put a 20mm nut and receiver on the pipe so thar when I fitted it I could have a bit of flixible adjustment to get it fitted correctly.

So, basically, I used the old metal section with the banjo union now connected to a new, early model high pressure power steering pipe. The end that connects to the power steering pump is the same on both the early and late pipes.

Unfortunately, now I have a connector in the middle of the rubber section of pipe as it exits from the power steering pump. It's OK as it is nowhere near the pulley, but it was really annoying as the job was originally neat and tidy. Some plonker, I was, I can tell you !!