Workshop PC monitor is knackered :) Could be any colour, including pink!

It was a very nice looking Oslo Blue car that had a white pin stripe down the side of it. Looked gorgeous but was an awful lot of money.

I've just got my latest VSE home now. It drives really well indeed. It was dark when I collected it so I've only got one picture I was sent a couple of hours before I collected it :) The oil leak it's got is from the power steering system somewhere. It's wet around the reservoir so I'll do some digging in day light and see what I can find. Other then that, it needs a ribbon on the HEVAC display, and if I'm being really picky, the front bumper and the wing mirrors resprayed.

The sat nav works but thinks it's 50 miles from where I am. ha ha. 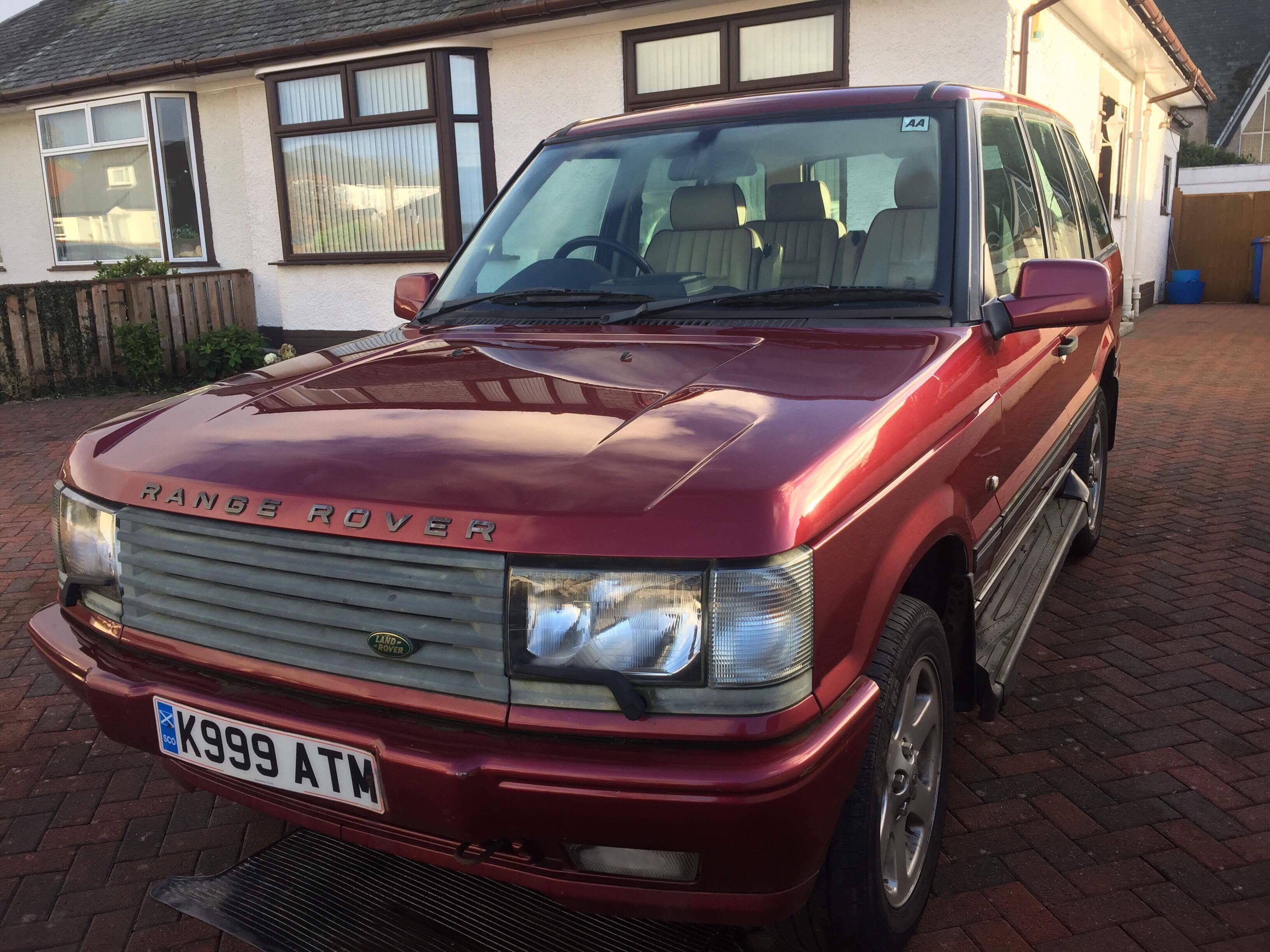 Just been looking through the paperwork for this one.

I've got the full owners handbook pack included in which is the radio code and EKA code. It's got pretty much a full service history, including a few big bills. It's also got the LPG conversion certificate, including the original conversion receipt dated 2005 when the car was 3 years old. Total cost of the conversion was £2150. The factory build sheet is also included in the wallet!

Looks like a find David.
Marty on here does the HEVAC pixel kits, but I think he's away until New Year.

I've ordered a ribbon kit off eBay for the Red and Blue VSE's anyway :)

I ran a sensor check on the sat nav and found a Reception Interf. message beside GPS status. I'll check the cabling behind the panel tomorrow.

I'm hoping that I've got the bits to repair the steering fluid leak tomorrow too. The suspension takes a while to come up, there's a recon compressor and valve block with the car so they're getting fitted too. Other then that, it's going straight into service on Tuesday as I've got a couple of jobs I need the trailer for.

I've got a horrid feeling the DSP amp isn't working properly as there's not much volume coming from the front speakers, when messing with the fader, there is sound but not an awful lot of it.

Might be lucky and find the front speakers have just gone instead of the amp. I had 2 seized cones in mine.

That'd be handy except it's both door speakers, both door tweeters and the centre fill speaker on the dash :(

Won't know till I've done some more digging. Progress shall be made over the next few days anyway.

Shame - if you'd been in touch with me about the HEVAC's, I could have sorted something out.

Hopefully the ribbons are easy enough to change - if they are the actual replacement ribbon cable, then you need a soldering iron with a special attachment to melt the adhesive of the ribbon to stick it to the glass and the PCB. I tried a couple of options like that before I decided on the new connectors and it just got messy. I guess once you've done one and got the technique down, the second one should be a piece of cake!

I don’t think it was. The guy I got it from has had it 8 years and wasn’t planning on selling it until I got in touch with him.

Could be wrong though.

Well today turned out to be a bit interesting.

The car was very slow to rise according to the seller so I decided I'd fit the refurbished compressor and valve block I'd been given by the seller so that I could get it up into the air and get a proper look at the bags. I swapped the valve block and fitted the new compressor that had gold paint on the bolts acting as tamper proof markings.

With everything fitted and secured I started the car to find the compressor not running at all. I noticed there was a scorch mark on top of relay 20 so I grabbed this from the other VSE I've got to test it, this made no difference. I then made a jumper wire with 2 crimp spades on it to test the compressor and it started straight away.

I spoke to Gordon on the phone and he suggested using Testbook to try turning the compressor on and off manually, this also worked. It was at this point I decided to try the existing compressor that came with the car. This one started working again.

I then took both compressors into the house as it was -6 outside and stripped them both down. I found the thermal cut out on the "refurbished" compressor was knackered and the commutator on the previous compressor had big wear marks in it. The seal on the old compressor was totally knackered too.

Thankfully I managed to make one good one from the two ready to refit in the morning when daylight resumes. The seller sent me a message tonight and told me he'd bought the valve block and compressor from someone on eBay selling them as refurbished. It's really annoying the shit that some people will sell.

Hopefully tomorrow will see the EAS sorted and then I can sort the power steering fluid leak. I believe it's the pipe from the reservoir to the steering box as it's a constant low pressure drip regardless if the car is running or not and it appears to be leaking from under the radiator on the metal section of a pipe. I'll get a look at the pipe on my breaker tomorrow as I believe they're both the same and as long as it's good I'll swap it. Failing that I'll cut the rotten section out and replace it with some rubber pipe and a couple of jubilee clips for now until I can get a new pipe.

The sat nav on the car seems to think I'm about 30 miles away from where I actually am and the RF key fob doesn't work. It lights up but doesn't do anything on the car. I'm also going to remove the trim panels in the rear tomorrow so I can see if something has been disconnected in there. Hopefully that'll be an easy fix.

I'm going to replace all 4 air bags on the car so they're all new and fresh, I was also thinking about replacing all the shock absorbers as well. On our old 97 we replaced them with BOGE ones, they made a noticeable difference to the car at the time. Are there any particular ones people would recommend?

As you are keeping it on air and want to retain the ride quality stick with Boge every day. That's what LR fitted in the first place so they ought to be properly matched.

Thanks Gilbert. Just looking at Island 4x4, they only seem to list Boge for the fronts at £25 each, any idea who stock the rears?

Cheers, will have a look at them shortly.

Strange that Island 4x4 only list the fronts these days. I've had full sets from them in the past.

Edit- just to clarify that the above I've linked are Boges supplied by Island sourced from Eurospares. (B suffix). Mine were G suffix, which Island aren't listing at the moment for rears

Ahh! I looked through the Suspension and then Rear section and couldn't find them. I then looked at an old invoice for another P38 and grabbed the part number ending in the G suffix and couldn't see them!

Going to give it a proper once over today in day light and see if there's anything else worth ordering whilst I'm at it.

Gilbert put a jumper wire across my thermal which meant it all worked just dandy.