Well, yesterday started as any normal Friday... a day in the office, a decent trip home at the end of the day with the traffic not being to bad followed by a cup of coffee whilst browsing through emails and social media. Whilst trawling through Social Media I saw someone who had an advert out for a 2002 P38 Vogue SE that they were breaking. Upon closer inspection it turned out to be my cars identical twin!

First two pictures are of my car: 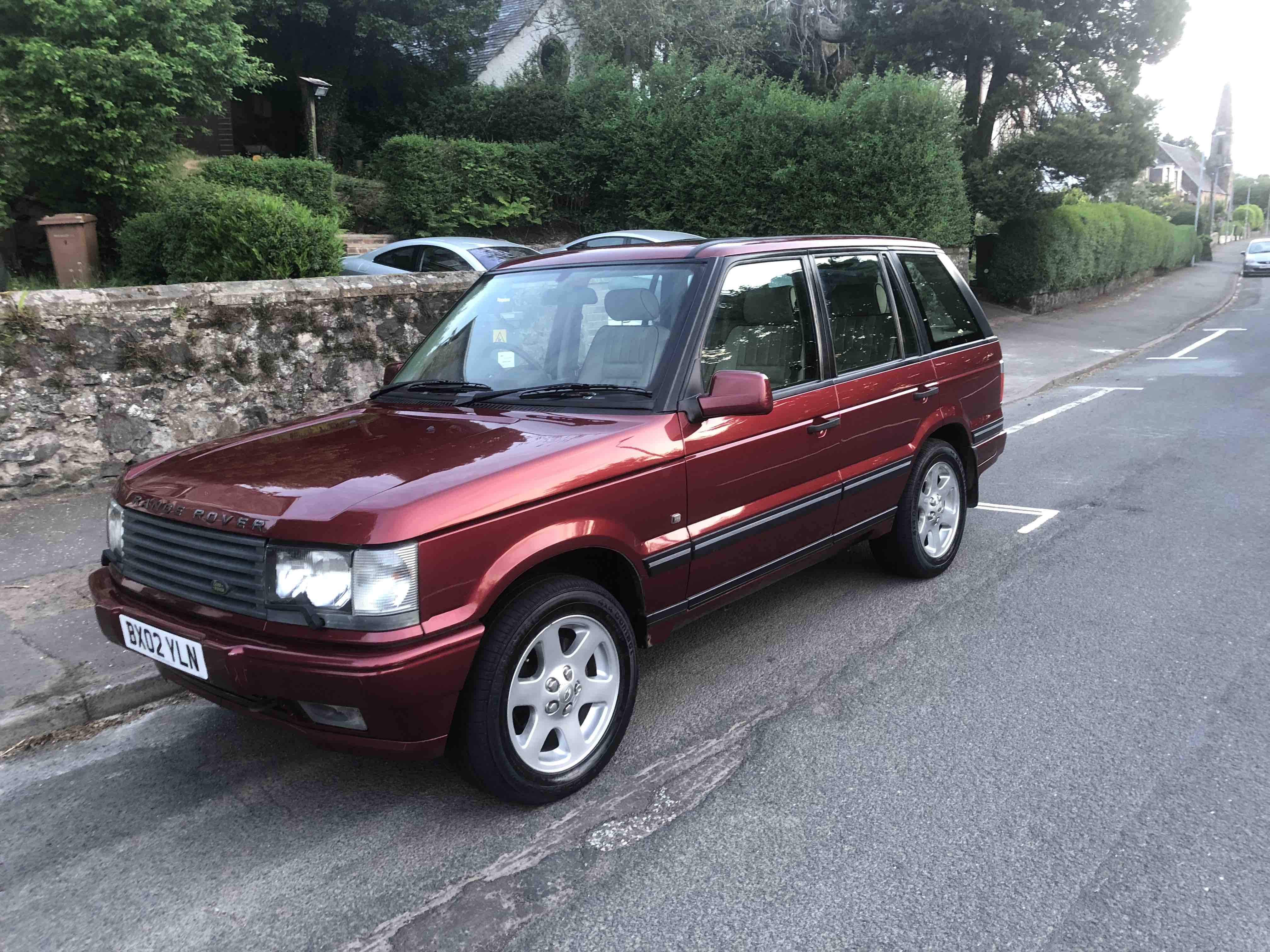 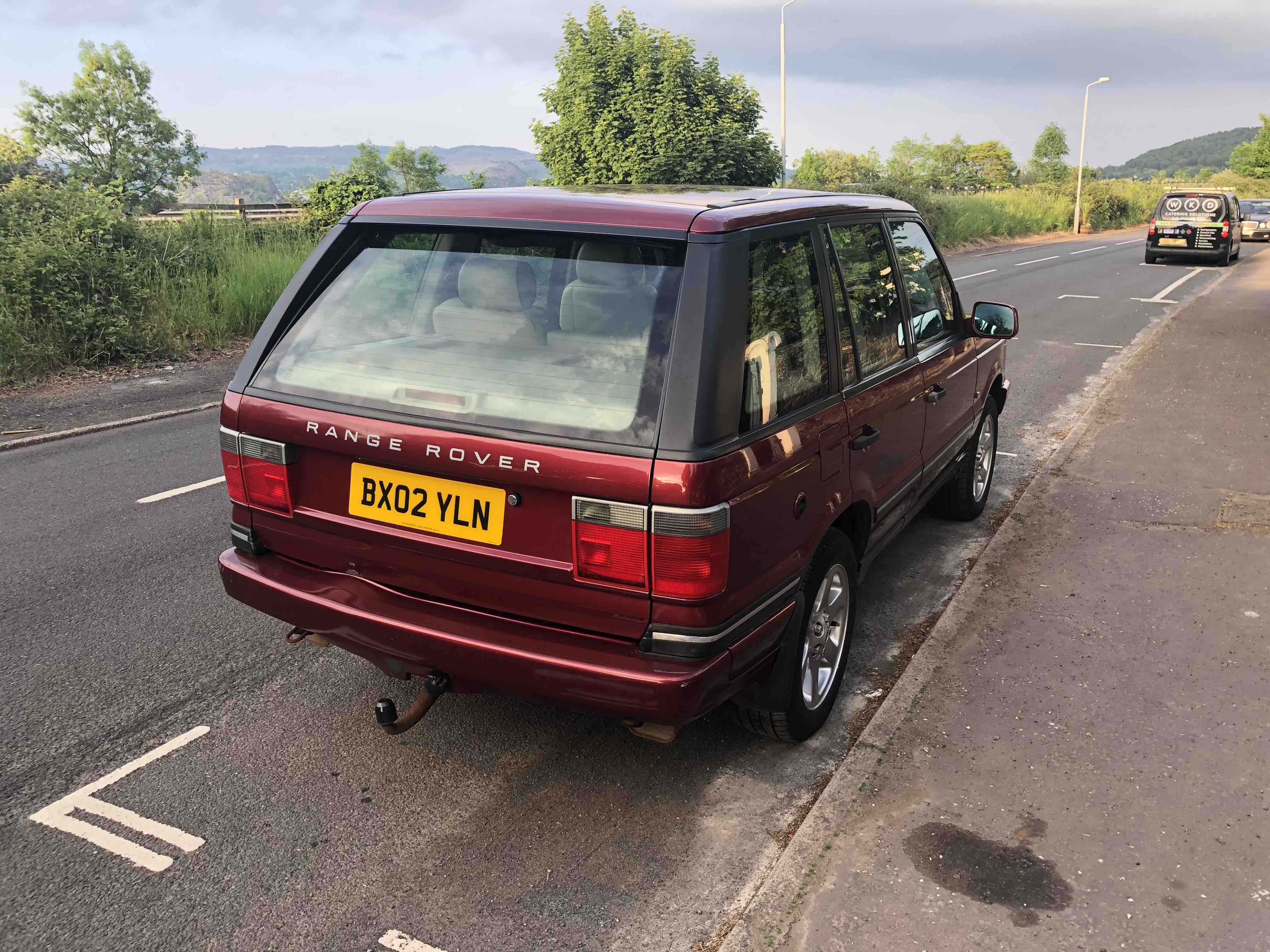 Pictures below of the latest project: 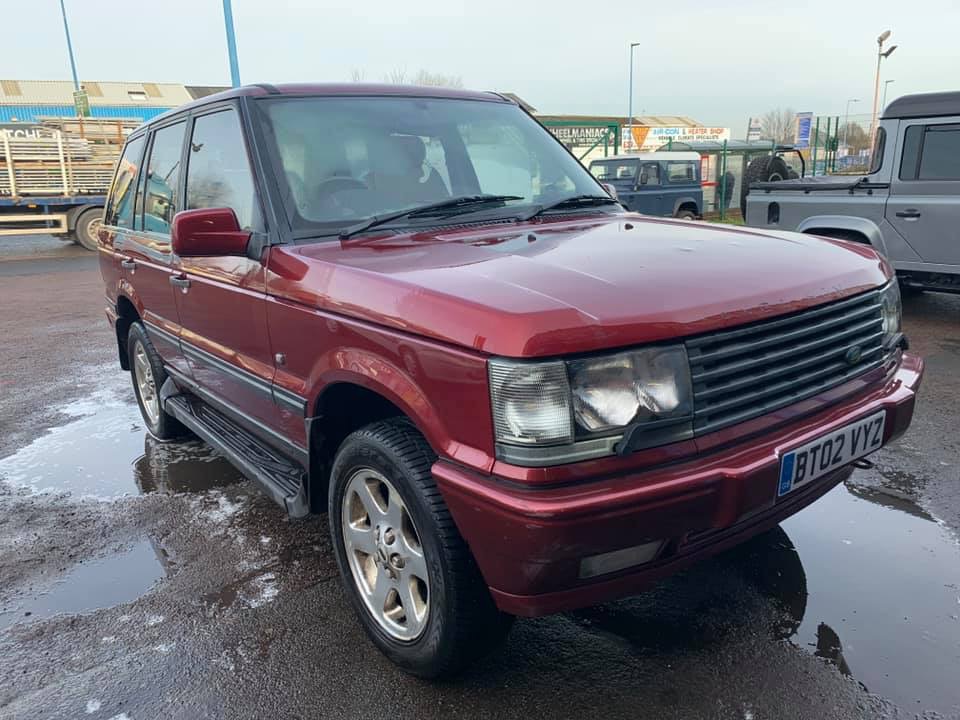 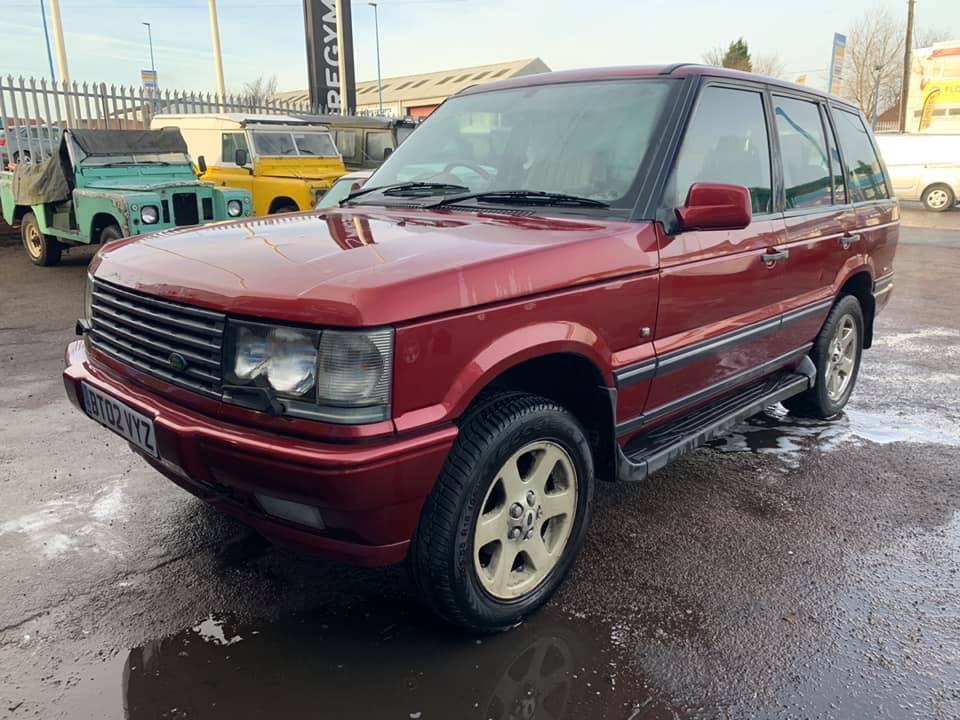 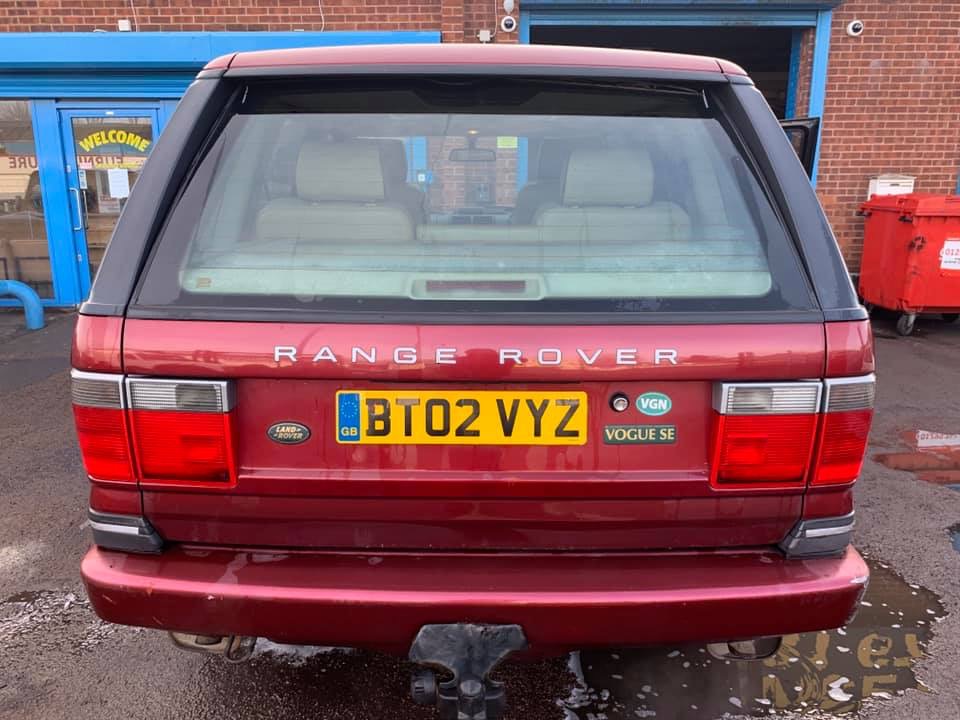 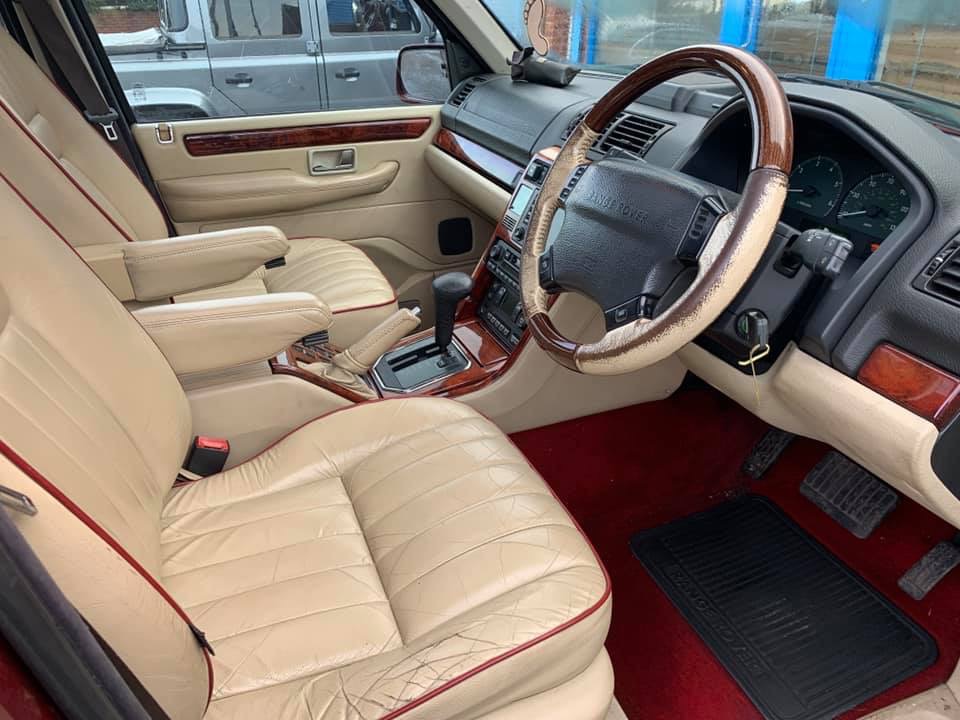 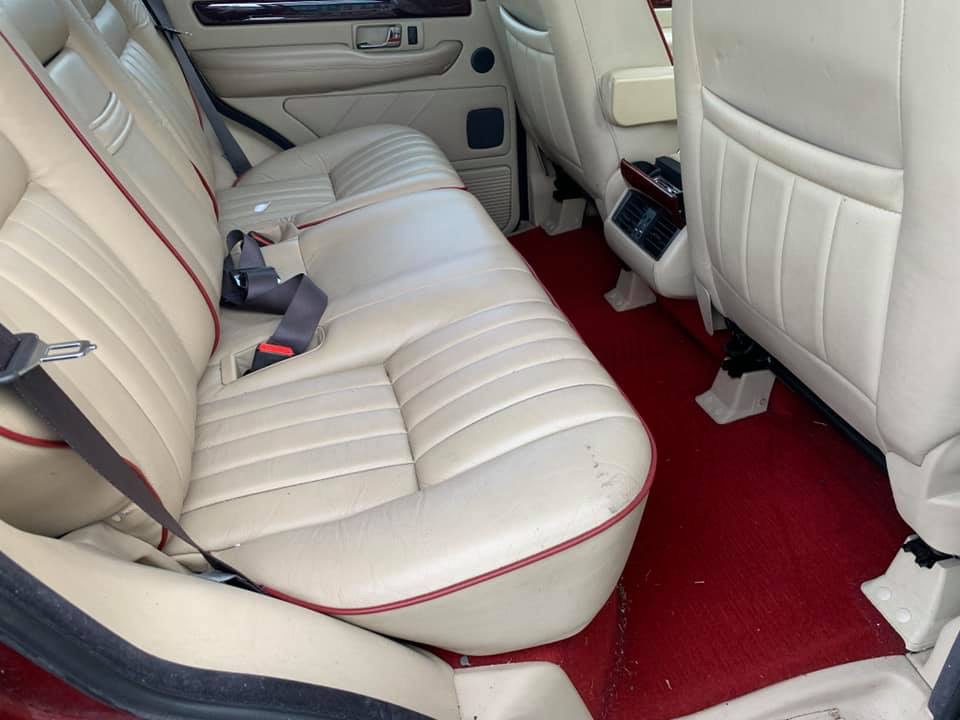 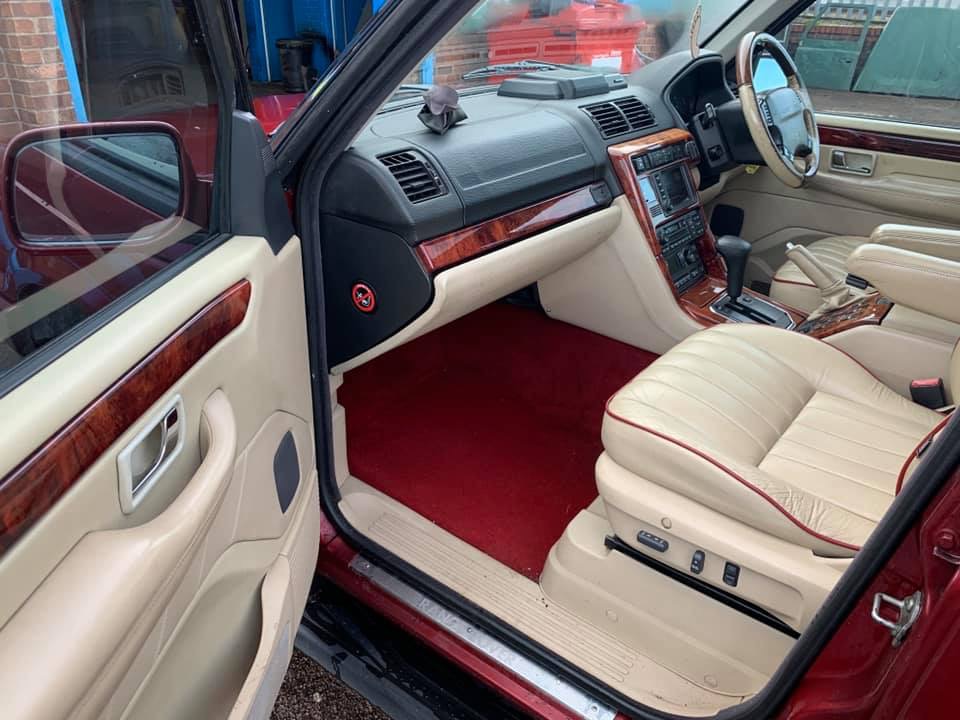 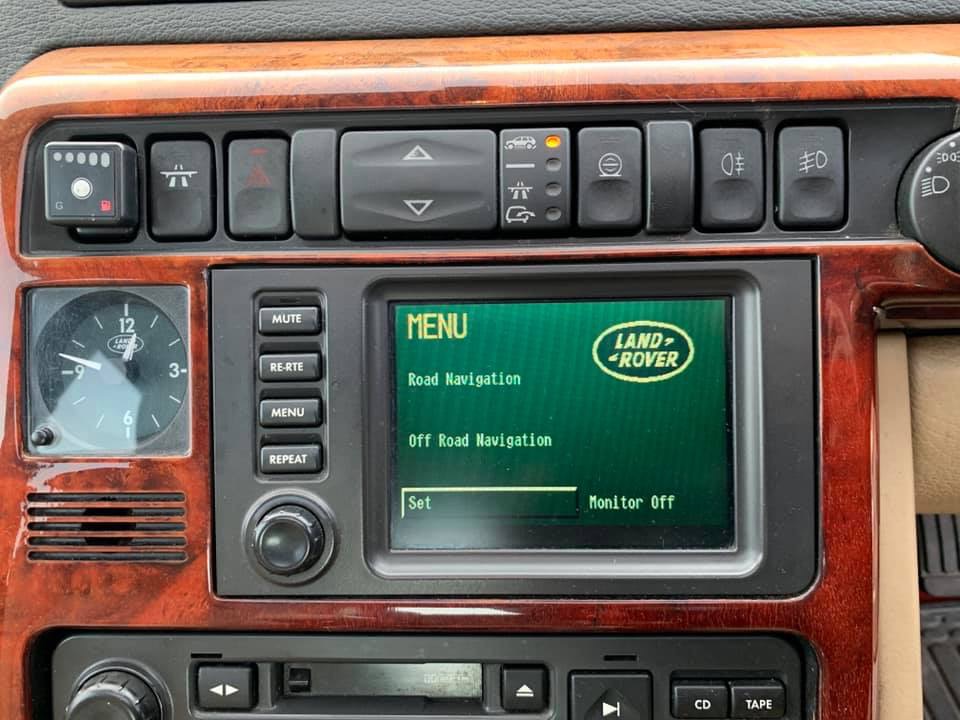 So... the train is booked for tomorrow to pick it up :)

The bodywork looks good apart from a dent in the bonnet where someone shut the bonnet on top of some tools, the wheels need a refurb and I think it might need the tappets looking at as it develops a tick when it's warm. For the price I've paid for it though, I don't mind a do'er upper as it's a Vogue SE.

Live the colour of these ones , is it similar trim and colour to the Bordeaux, not sure on spelling

Yea, the Bordeaux was Alveston Red as well.

Thank God you bought it. Dina is picking up her new car next week, a 3.0 litre Merc SLK, but she just said that if she'd seen that she'd have had it for herself. The concept of having 4 P38s to look after just doesn't appeal for some reason.

The concept of having 4 P38s to look after just doesn't appeal for some reason.

Nor me to be honest.

We’ve got a 97 GEMS that we’re going to use this one to replace, I’ve also got a DSE I want to rehome and the remains of a breaker to get rid of.

I saw this yesterday on Facebook. Have to say it looked to good to break Glad it's going to a good home.
Rob.

Was it just the windscreen that made to decide to break the SE or other stuff as well?

The windscreen that decided to crack for no obvious reason is the reason it wouldn't get an MoT but I couldn't honestly sell it. Whenever I thought it was ready to go, I'd use it to make sure it was OK and something else would go wrong, I was beginning to think it just didn't want to leave. It's got a few new bits on it that were fitted when I had intended selling it (water pump, radiator, oil cooler and hoses, door latches, rear air springs, rebuilt EAS valve block and compressor, etc), the head gaskets have been done and it's got a decent interior, engine, gearbox and a nice set of 18" Hurricane wheels but if I was to try and use it I wouldn't trust it as far as I could throw it, so a few bits have been swapped with bits on the Ascot and now it just sits there getting in the way. I'll fire it up every so often to convince myself it could still be used and it fires up first turn every time. I suppose it's not much different to the ex-plod when I first got it but I persevered with that, maybe I just don't have the patience I used to have or having done it once don't feel like doing it all again.

Well, according to facebook memories, somethings never change... 5 years ago to the day I was collecting a red P38, fast forward to today and I’m collecting another red P38, only difference is, today I’m on the train to Dudley.

Thats a stunning colour.
I wish i had somewhere to store another one so i could fix it up in my own time.

Well, after 300 miles of cruising north on the M6, M74 and M8, the Range Rover is now at home. Going by chassis number it's 111 cars newer then my other Vogue SE and was registered a month later. When collecting it, it was 500 miles lower then my car, now after the trip home they're both within 200 miles of each other. They don't get much closer as a pair of matching P38's really.

New Bonnet - Someone has shut it on tools and it's dented it from the inside out and cracked the paint.
Rear Tailgate - It's starting to corrode along the bottom edge.
Rear Bumper - The lacquer has come off and the paint faded so it looks pink.
Wheel Refurb - All the wheels are scruffy and it'll drive me nuts so a wheel refurb is on the cards.
Tappets - One of the tappets is very loud all of the time so it needs the top end stripping down and given a going over.

Not a huge to do list as it drives brilliantly and the LPG works perfectly as well.

Will post up more pictures of her as I start to get her fettled into shape.

On the tappets, the one my mate in France bought was making the noisy tappet sound and it was a worn rocker. The hardened end that bears on the valve had worn away so there was too much clearance for the hydraulic follower to take up the slack. He actually had two that were worn but only one was bad enough to make a noise but the other wasn't far behind. There was a TSB on this although it was only supposed to affect a batch made in 98 but it's possible that others suffered the same problem.

Thanks Gilbert, that's an interesting thought I hadn't considered. I'll wait till the weather warms up a bit and will try and get a better look at it.

I managed to get the radio code from Land Rover this morning but unfortunately every time I enter it the radio comes up saying "Wait" so I'm guessing it doesn't like the code. There's a website called radiocodes.co.uk who say they can get the code from the serial number on the Alpine unit so I've ordered the code for £12 and we'll see if that comes back any different.

It'd be nice to get it working again as I don't want to have to change the head unit. I wish I'd never sold my scruffy blue VSE at the moment as there's a lot of parts that would have been handy to have for both of these now!

Radio codes for P38 Alpine systems can be purchased for 99p on eBay. Yes he advertises it as ‘Mercedes’ but I have used him plenty of times and he responds within minutes and 100% success rate on P38 Alpines. Search on eBay ‘’MERCEDES BENZ ALPINE RADIO CODE SERVICE AL2910 AL2199 - ONLY - 99p’’

He's the bugger I bought it from for 12 quid via his website and it didn't work... I also can't get in touch with him now and he's not replying to emails either!

If it is the same person as advertising on eBay (I’d be surprised with my own experience) you might as well spend 99p on eBay, if he fails again leave a negative review and bad feedback which will slow his eBay business down.

If you can't get the code - then feel free to send the radio to me when you send the BECM in March... I can retrieve the code from the EEPROM in the radio... I've done it to a couple of them here now, and I'm sure I wrote down how to do it somewhere.... hahaha

Shame you didn't keep the Blue one for spares, but hey ho i'm sure you'll get around it!

Well, it's taken me long enough, but here's a couple of pictures of the (dirty) happy couple... 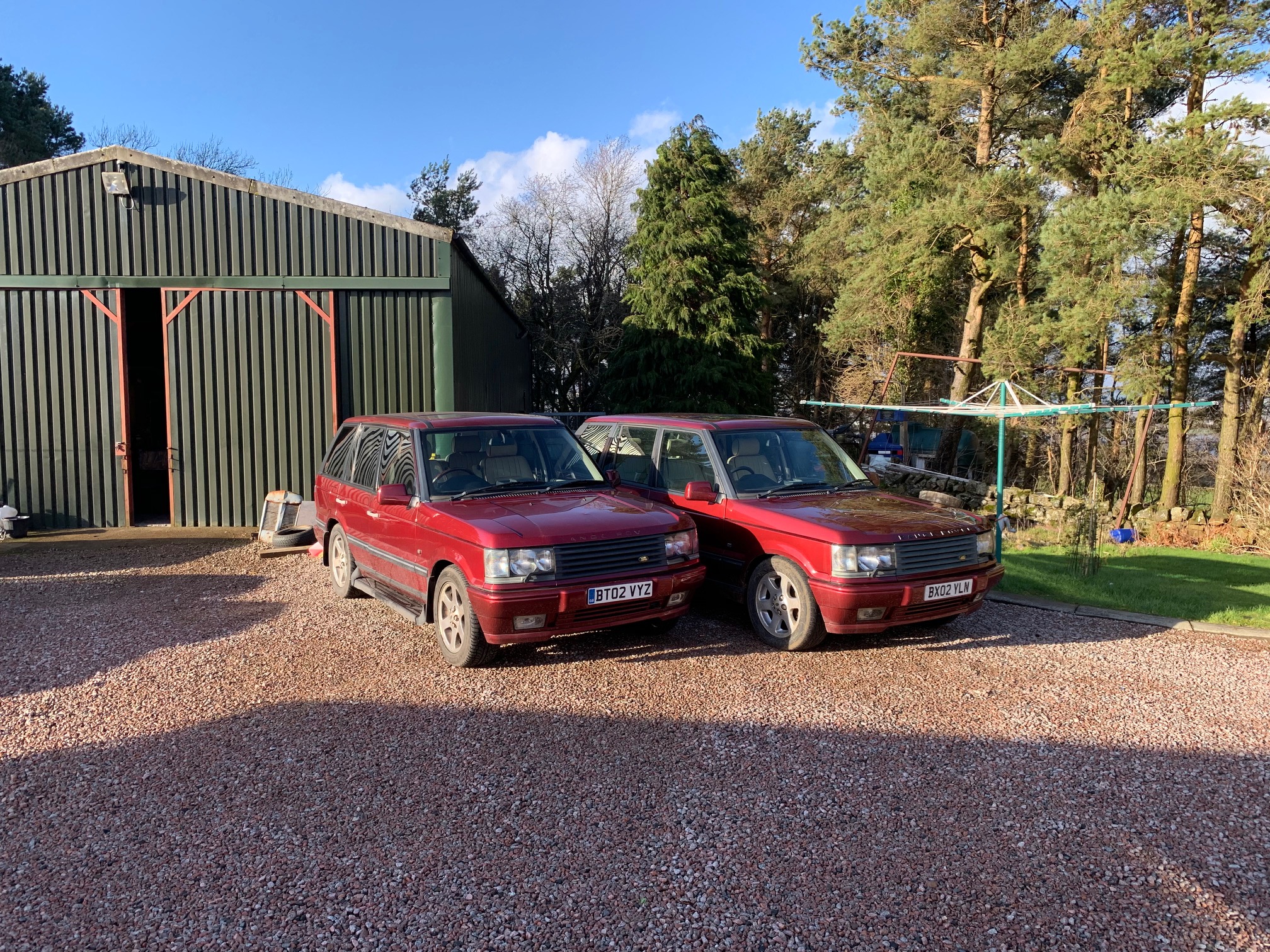 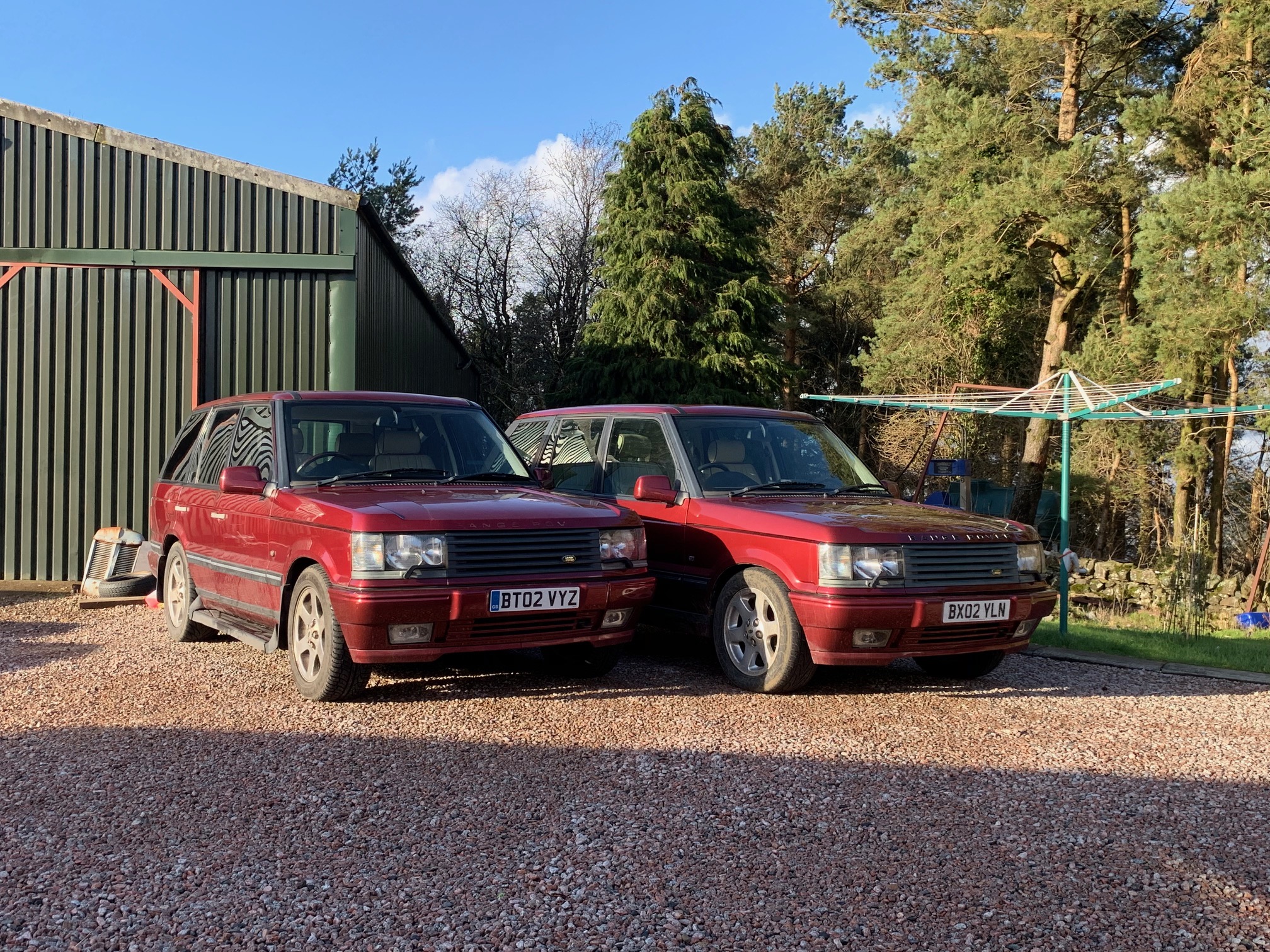 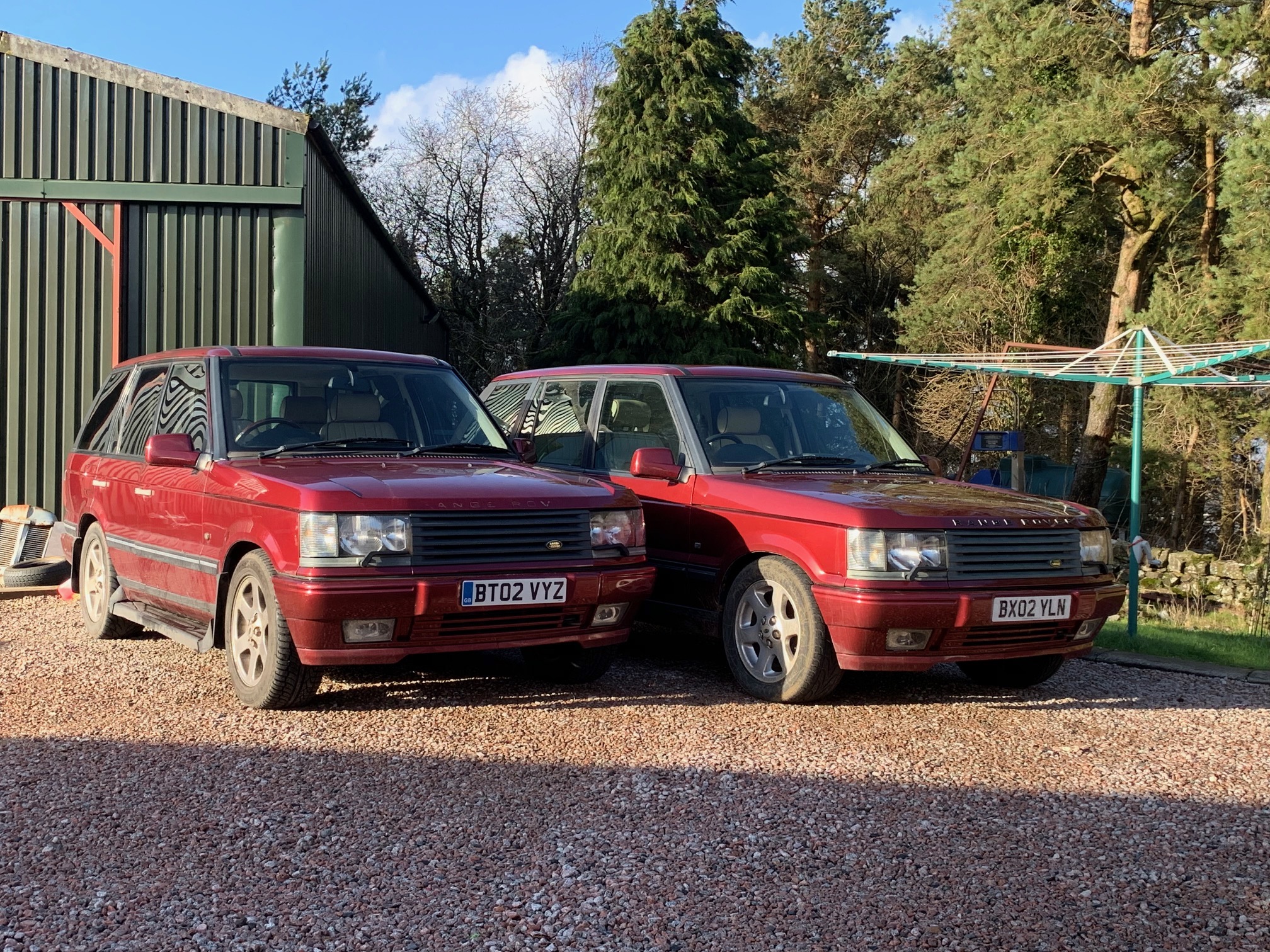 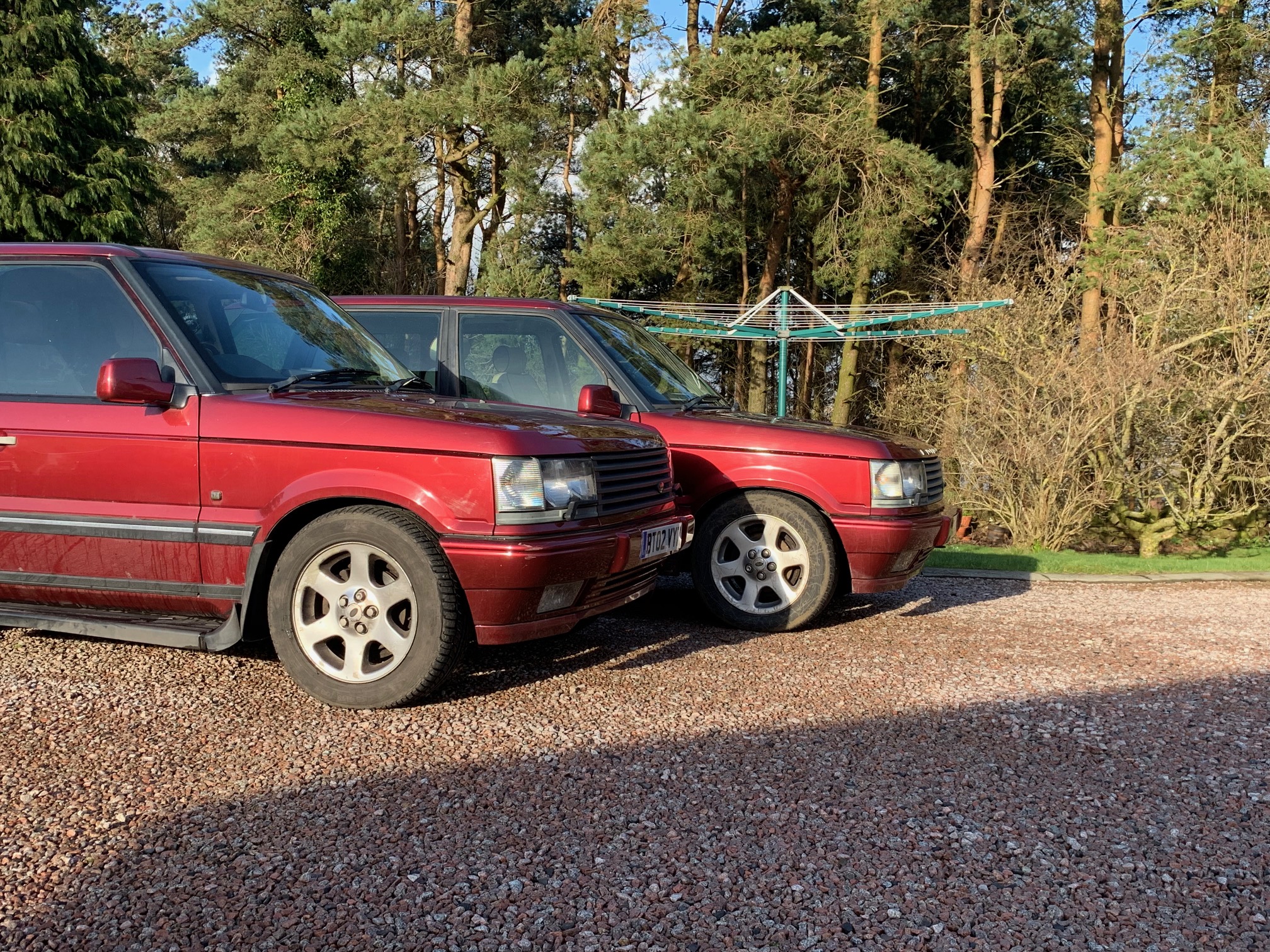 Am about to start an engine teardown thread so head over to Oily Bits for more :)