rangerovers.pub
The only place for a coil spring is up Zebedee's arse.
Cracked Windscreen - Rust?

Noticed the other day that my windscreen had cracked. The crack has appeared from the bottom edge, under the rubber seal and its working its way up and across.

I had booked autoglass for today, but unfortunately he turned up with a non-heated screen, so its now rebooked for next week.

However he did point out that it could be rust thats caused it... Something i hadnt even thought about.

Anyone know if the P38 tends to be susceptible to rust in/around the scuttle/windscreen area?

Not especially but it's only one badly fitted windscreen away. Watch the Autoglass guy like a hawk!

hmm! I've booked it during work hours, thinking i was being clever and getting it fixed when i'm otherwise busy!

+1 for watching, and test the heated screen after.
Have a supply of short flanged stainless screws on hand, keep a dremel / cutting disk nearby in case the screws are rusted.
Tell Autoglass it's a 2 man job...it took two of them an hour and a half to do mine.
Try and get a few of the clips for the lower trim, they are like rocking horse shit though. Needs someone with access to a 3D printer to knock some out

hmm! I've booked it during work hours, thinking i was being clever and getting it fixed when i'm otherwise busy!

I did that with my Jeep. The Autoglass replacement screen had a big shade strip which meant I had to duck down beneath it and after a few months the screen started leaking
due to rust. Eventually I had it ripped out and replaced by a specialist.

If the screen has been replaced before, there's a couple of metal tags at the bottom that should have rubber bits on them so the screen rests on the rubber and not the metal. These had been missed on on my SE so vibration chaffed on the edge of the screen and caused it to crack. The crack can be seen here, directly above the wiper arm hinge 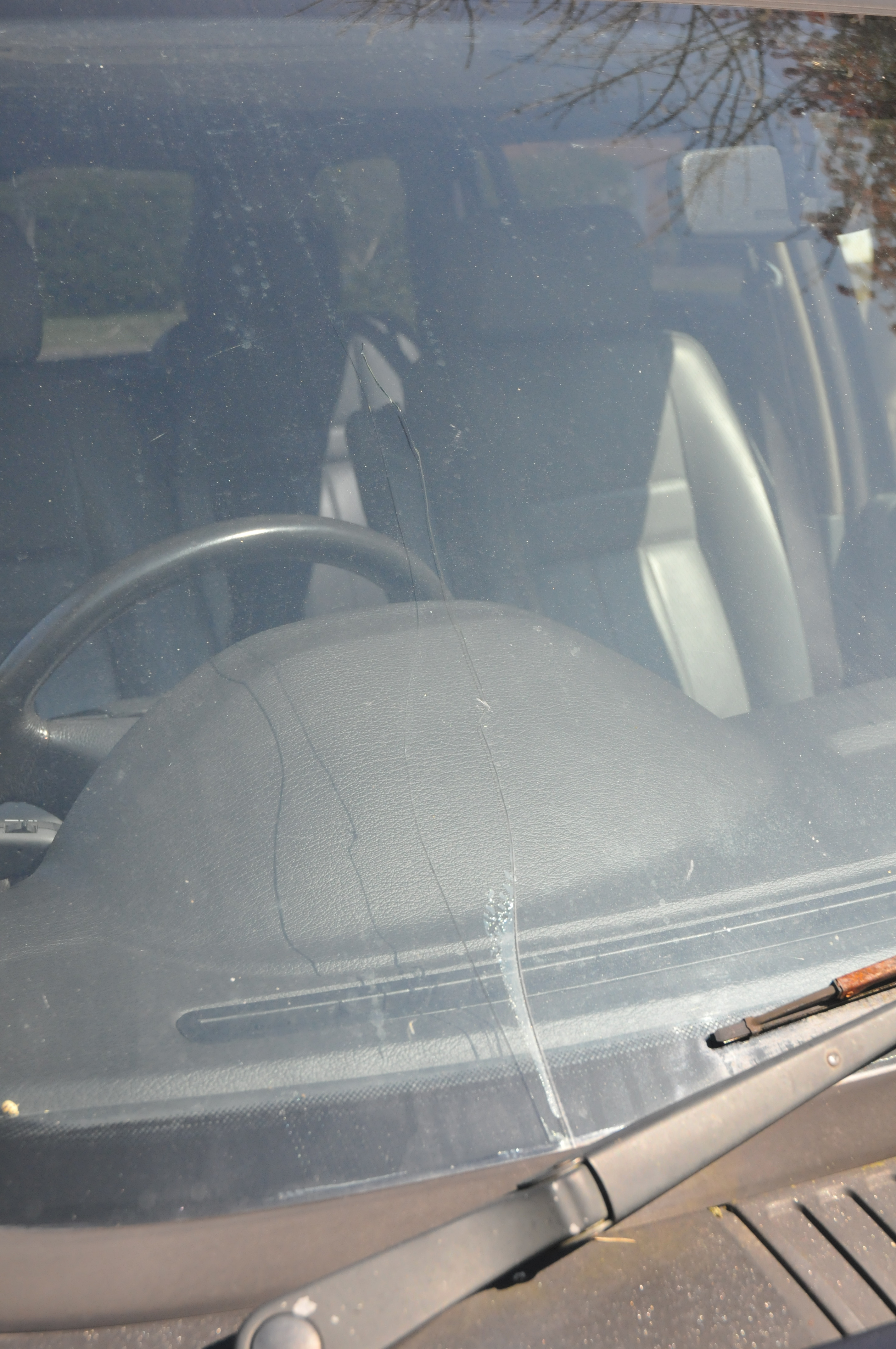 Exactly the same location. The guy said something like "oh that's cracked on the blocks" which I guess is the same as what you've suggested.
He did say the screen was very old and is delaminating at the bottom, so it's probably original?

Might be original or could have been changed many years ago, but at least you know why it cracked. It's always possible that with it being weakened anyway (as it is delaminating), if the bond still has some flex in it, it could have just chaffed on the support blocks and caused the crack.