rangerovers.pub
The only place for a coil spring is up Zebedee's arse
Dodgy main beam headlight flasher stalk - modification

I can rarely flash my headlights without latching my mainbeam on and having to pull the stalk to turn them off again.

I assume this is a(nother) fairly common P38 thing, as both my own P38s have had dodgy stalks, and a bit of Googling brings up a few posts. Having a spare, I cracked it open and couldn't reliably get the flashing function to work without being unable to then trigger the 'main beam latch' buttons on the PCB. That may have something to do with me having read the wiring diagram backwards and I was testing only with a multimeter. So what I thought was the flash wire was the main beam, and vice versa.

Gave up on that plan having not realised, and decided I'd use the speed limiter button as my flasher control instead. I find the speed limiter relatively useless, given it doesn't limit speed, and setting the speed at which it beeps isn't great.

I actually made two attempts at this, as I cocked up and got it reversed the first time. On this stalk, during my attempts at spacing the mechanicals inside out to get the buttons pressing properly, I actually stopped the main beam button from being pressed entirely, yet seemingly managed to get the flashing pads working. I have no idea how I did that, but hey. That left me needing to swap the flash and main beam functionality around, which was easy as conveniently the flash and main beam pins on the socket are next to each other. So all you have to do is cut the leg at the bend on the second in pin, bend it over slightly to the left, and solder together. Then, take wire #6 from the PCB, and solder it onto the back of the pin whose leg you just cut. Now I can flash by pressing the limiter button reliably, and a short or long pull on the stalk turns on/off the main beam.

I'll have another crack at repairing the now spare stalk, but it seems like a pretty poor design. Makes more sense on other cars that pulling forward flashes, pushing back puts main beam on...

I have been considering what to do on mine for a long time, as it is a very common P38 problem, yes.
I did look at repairing mine (I think it is just wear on the plastic for the 'flash' that contacts the pad that causes the problem - over the years it's just worn down enough so that it doesn't activate before the stalk is pulled all the way back.

I did manage to fix mine, and it worked for a few weeks, but then went back to 'normal', and I haven't had time to go back in there and have another go.

I also don't use the speed limiter button, so might be a good modification for me to do aswell... I had wondered about fitting an extra switch, or maybe modifying the current switch in the stalk to make the original design more reliable - but it's currently still just 'on the list'

Liking the idea , drives me nuts trying to flash someone.. Thing I might modify mine,, don't think I've ever used the speed limit warning,,

I fixed mine with a small square of milk bottle plastic glued inside the switch.
I'll try and find some photos of what i did :) 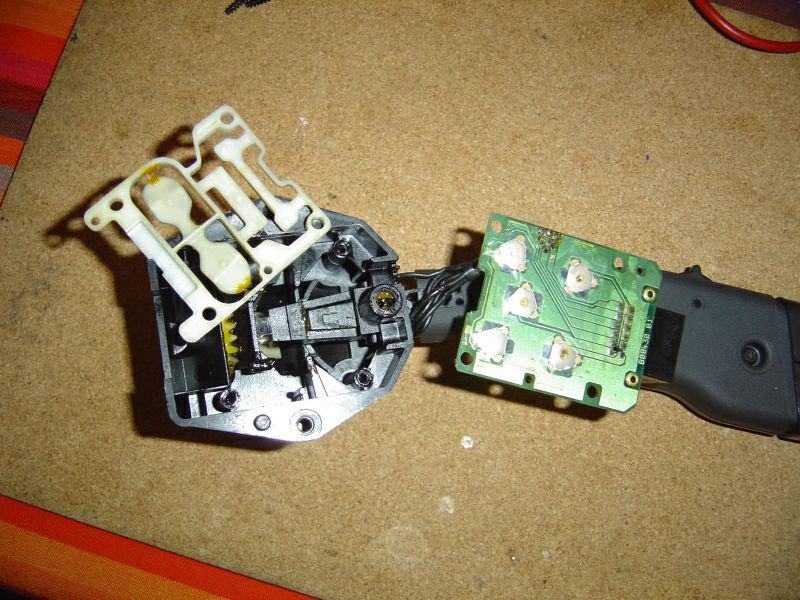 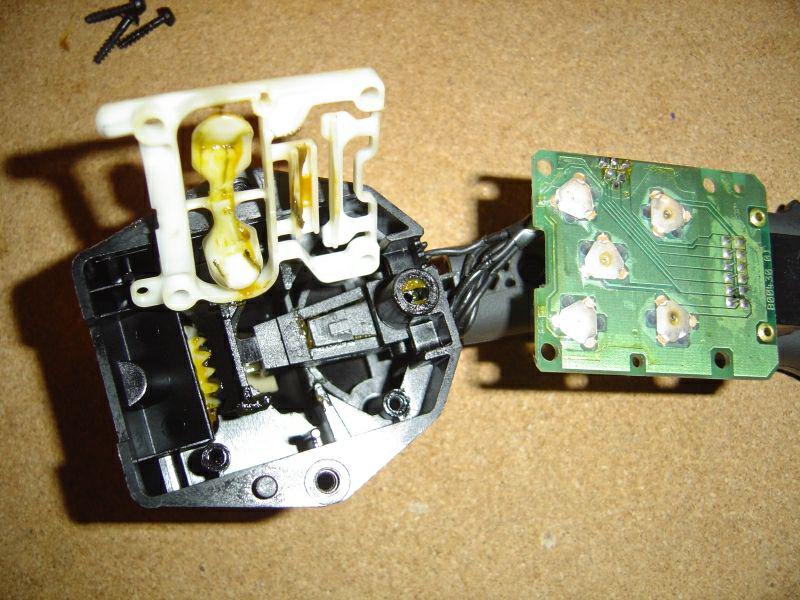 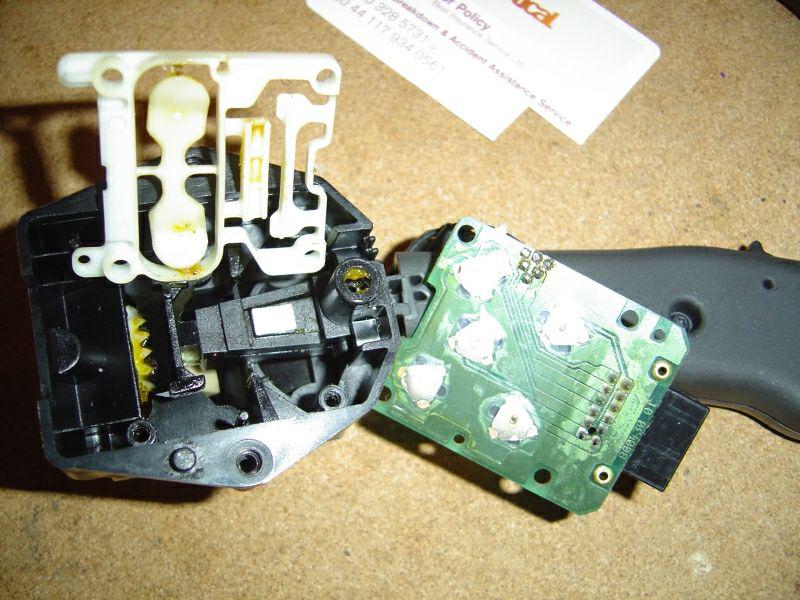 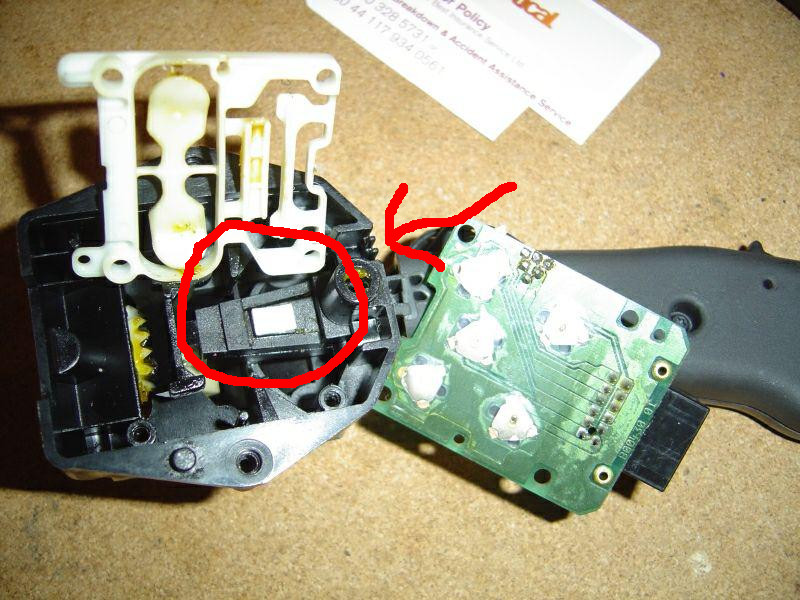 That took me three attempts at spotting the difference, especially as the modified one is the first picture....

on my original one it was impossible to flash the lights when they were on as that put main beam on instead but the stalk was all limp and floppy anyway. I pulled that apart and found that the white plastic bit was actually broken so got a replacement. It's much better but still has very little difference in movement between flash and dip so I may well do the plastic milk bottle addition. I do actually use the overlimit setting at times so don't want to do the Sloth mod. My original one didn't have the buttons for the trip computer either (plod obviously didn't think it necessary) but the wiring was there in the loom. As this was in pre-Nanocom days I had a chat with my local indie (now gone unfortunately) who plugged in his testbook and enabled the trip computer in the BeCM. Quite amusing to see the average fuel consumption and speed for the first 200,000 odd miles of it's life.

I spotted the difference straight away, think about a milk container, look for the bit milk container colour,,
Mine isn’t to bad, but I do now and then hit the main beam, so gonna try this myself 😁