rangerovers.pub
The only place for a coil spring is up Zebedee's arse.
MPG's

Singlepoint on a Thor?? There's a recipe for disaster if I ever heard of one.......

I've checked records going back to 2008 which is when I generally started keeping logging numbers of vehicles I've seen, nothing comes up for either reg number but it could be one I haven't logged the reg on or one that the owner wasn't bothered about a receipt for a service etc on. Back in the day I sometimes converted 10 P38s in a row and saw many others for servicing/repairs.

Ahh right, it is possible that she was done before your records as the first conversion was "checked my own records" 22/11/2002 !

She a unique colour, so eh? lol 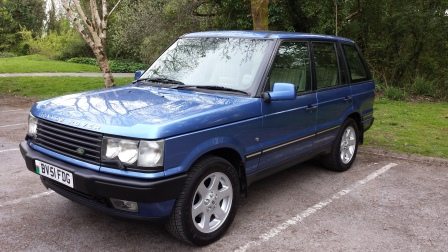 2008 this was taken, so you might remember her, if indeed she was done by you. LOL

Singlepoint on a Thor?? There's a recipe for disaster if I ever heard of one.......

She used to frontfire through the manifold and blow intake pipes and Mafs apart, apparently!!

It will, that's why you NEVER fit a singlepoint to a Thor. Singlepoint on a GEMS is OK as long as the ignition system is kept in good nick which is why I change spark plugs every 10,000 miles and HT leads every 20,000. Only had a bang when I've done something silly and caused it myself.

I had my conversion done by Simon about 2 yrs ago and all is well...........................at the moment
Simon diagnosed a dodgy Lambda, so I fitted a pair of genuines, in the excitement of having a P38 on LPG a genuine Bosch MAF was fitted plus new leads and plugs.
From empty tank to full and a bit of maths I consistently get my running cost to be about 19p / mile on gas @ 58p per litre.
The trip hovers around 16.7 - 17 average mpg on my daily 13 mile each way commute and obviously drops a bit when toddling about.
All driving is steady and seldom over 60mph
Bordeaux with 4.0 Thor
Is the 19p/per mile about right ?

Sounds about right. I reckon on 20p a mile if I fill up at the nearest station which is 68.9p and less if I can get to Flogas when they are open as it's 58p there.

Gilbert D - Thanks for you reply

Well this thread has made for some depressing reading. I mainly do short trips with a couple of miles on a dual carriageway but part of that is up a steep hill. My Diesel averages:

But then I suppose I don't have the added complexity of the V8 with an ignition system and an LPG system.(I also don't have the low down torque of the 4.6...)

Hmm. The guy I bought my Classic from (4.2 V8 on LPG) replaced it with a DSE P38. His missus was pleased as it had things like a working heater and windows that went up and down but he wasn't. The Classic would do around 16mpg on LPG so the running costs of 30+ mpg on petrol. The DSE felt that much more sluggish so he would thrash it mercilessly and was lucky to get 24 mpg on diesel.

We may have an ignition system to deal with but we don't have the problems with the complex and expensive Fuel Injection Pump and stretched chains......

To be fair, that expensive diesel pump doesn't give any real problems. They can leak when they get old but can be repaired in-situ with a bit of care.

As for stretched timing chains, they don't really change the way it drives. Just hot starting which is easily fixed with a cheat box. How quickly do the cam-shafts wear out in the V8?

The Bosch injection pumps can/will give issue and if the quantity servo solenoid wear is a common one and Problems with stalling from idle appear this is when the feedback pot/wiper wear and the wiper loses contact with the pot. If the ECU gets no quantity servo position signal feedback it shuts the engine down by dropping the stop solenoid.
Timing chains stretch
Cylinder heads crack
etc etc

To be fair my V8 would do 18.7mpg which wasn't too bad considering i has knocking on the door of twice the power and capacity..
camshafts will wear if neglected, when i took the valley gasket out of my 120k V8 the cam was in superb nick,

How quickly do the cam-shafts wear out in the V8?

My original only had slight wear after 285,000 miles when the engine went to V8 Developments to be rebuilt and the new one fitted by them now has 105,000 on it with no symptoms of wear. I know some on the dark side claim they are only good for 80k but they also consider 150k to be high mileage and they don't seem to understand the concept of maintenance or servicing either. The cam will only wear if you don't change the oil often enough.

Yep, and there have been two V8 P38s with cooked engines down the local breakers in the past 6 months.

Not having a pop at the V8, just pointing out that both engines have their (over emphasized) problems. I have had the diesel engine in a few different vehicles in the past and each has been reliable and in the cars gave good performance once remapped. None of the engine choices in a P38 make quick cars (I reckon they should have wired the 'Sport' switch to make the dashboard laugh at you when you press it) but the 4.6 has better low down torque making it that bit more capable. The diesel in particular has poor torque below turbo revs even when fitted to cars.

Much the same with any alloy engine, overheat it and heads crack (ask anyone who'd ever overheated a straight 6 BMW). At least we don't have Nikasyl coated liners........ As you say, almost all engines have their problems and many have been over emphasized.

Speaking of Cam wear, shouldn't we be using oils with higher than normal ZDDP/Zinc content for our flat tappets?

Put her back on the road recently, and have been hoofing it around to see what i can get..

really rather pleased with the result.. 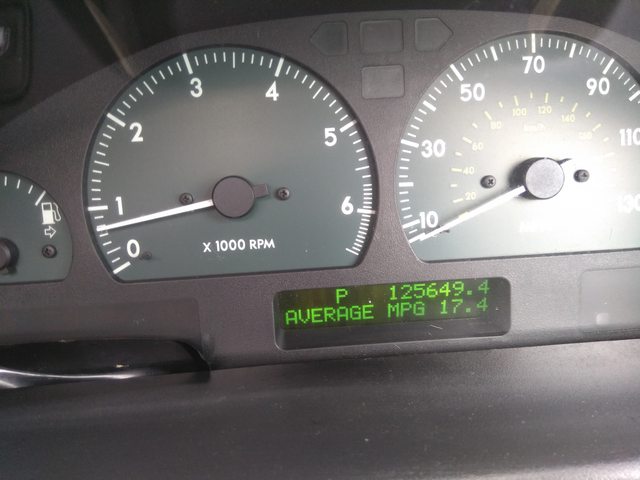 I was hoping to see a post saying you'd got it booked in with Simon......

That would be about 16mpg on gas at half the cost of petrol so a cost equivalent of 32 mpg.

Been fiddlefucking around with it, and it seems to be running better after 2 new Lambda sensors.

LPG tank is still 1/2 full becoz we now have roadblocks on the A49 which is a pain in the ass, so no driving for me..

Thrown a CTEK battery conditioner on it.. .

MPG seems to be 15 on Gas which isn't bad considering i've been hoofing it a tad..

Nicely done! How big is the LPG tank?
They threatened roadblocks round here but I haven't seen one yet. I filled up with gas at the big ASDA just outside York (Monks Cross) and they had people standing all round the car park with their trolleys, spaced at 2m. That was a massive queue, I'm glad we've got little local shops out here in the sticks.

Much the same round here. The big Tesco Extra was ridiculously busy last time I went near there and I'm told there wasn't a lot left on the shelves but our village shop has just about everything you'd need. So with that and a local farm shop, haven't really had a problem. Got a full tank of LPG and just because I could, I've bunged some petrol in it too. Never seen the fuel gauge read over half a tank! Even though I officially retire on Tuesday, as a key worker I've got the official letter allowing me to go out, so I'll be hanging onto that just in case. In saying that, I've already been asked if I will come back as a contractor if needed. As a retirement piss up couldn't be organised due to the restrictions, we had a virtual party on Microsoft Teams last night, 23 people at the peak and it held up perfectly. Quite amusing seeing people all over the country drinking beer, cheaper too as it saved me having to buy a round!