rangerovers.pub
The only place for a coil spring is up Zebedee's arse
Head Gasket failure?

This question is about the Disco, but it's a 4.0 Bosch. I've been adding about a pint of coolant a week, and I don't drive it a lot. It has 165,000km, and as far as I can tell, the HG's have never been done, so I guessed it was time. I removed the heads, and I was hoping to see more definite evidence of bad HG's. I'll try to post photos again. Also, are #6 liner there is a slight brown streak, but liners all look intact, and slightly below flush.
https://imgur.com/ZBEWrOa 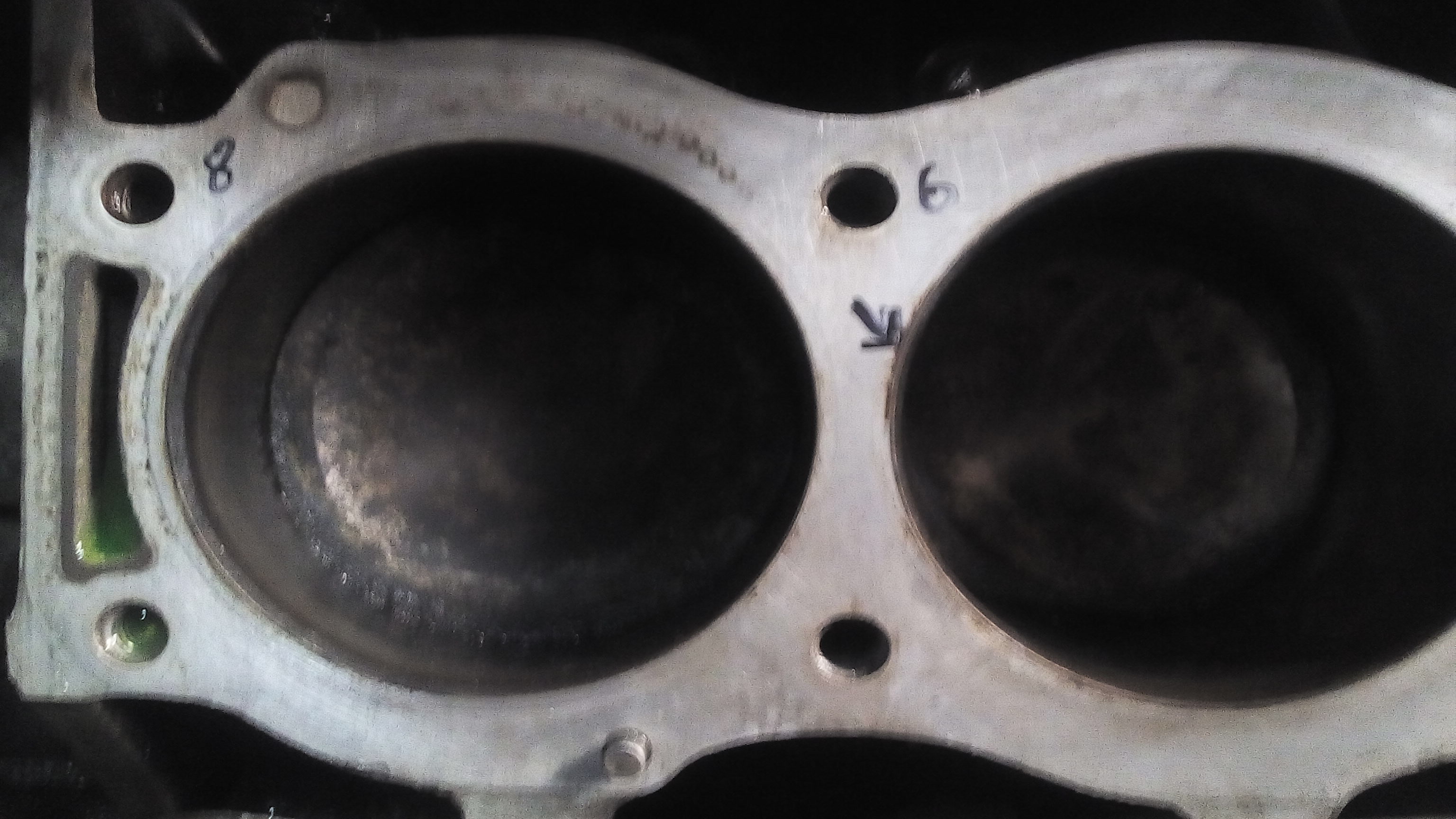 I clearly don't know how to properly post photos.

No you don't. Display the picture in Imgur, right click on it and select copy link location. Go to write your post, click the insert picture icon and paste the link into the box that pops up.

Slightly out of focus but looks OK to me. Was it pressurising the cooling system or just losing a bit of coolant?

Just losing coolant as far as I know, b

but I didn't really dig into it enough.
I've been trying to post photos

(sorry for my ineptitude) I've been trying to post the photos from my phone. I'll try a computer.

Ah yes, Chris No10 spent ages trying to do it on a tablet and failed dismally.

If it wasn't pressurising, spitting all the coolant out and overheating due to a lack of coolant, the liners are fine. Once you've clean the block face up, you should be good to go.

Okay, thanks Richard. Will do. 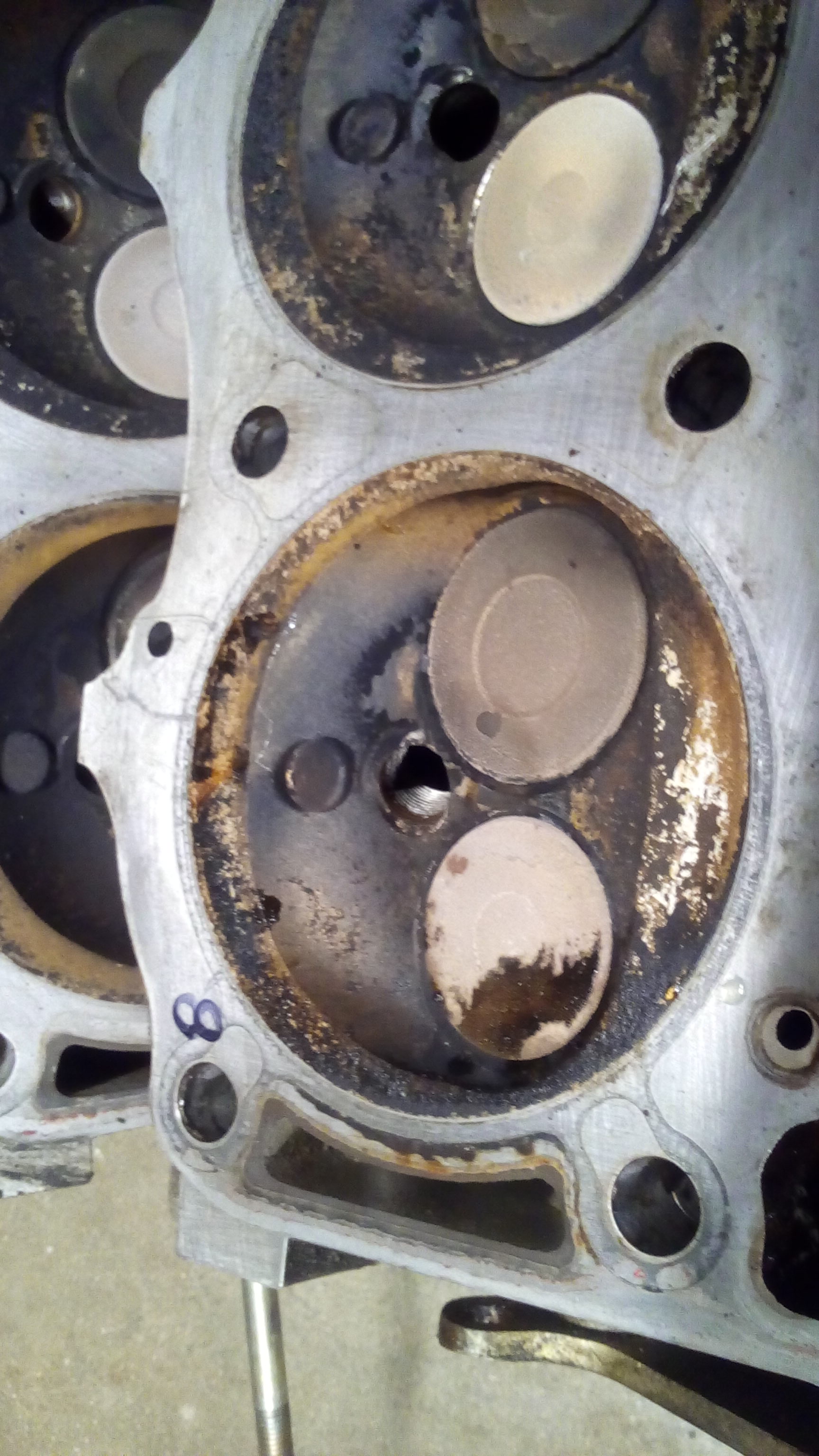 Are there any marks or grooves around the combustion chambers on the heads? If any of your liners are moving they’ll likely be hitting the head.

Our P38 ran great, didn’t use a drop of oil or water but had a tappet like noise which turned out to be the liner battering the head.

If you are using a pint of coolant a week if it was the HG then you would expect to see the head/valves and piston with that 'steam cleaned' look....
Did you do a pressure check before you took the head off Harv ?

No pressure check. I was quite negligent. I don't think I have the tools to pressure check it, it's probably something I should get? Is there any coolant leak possibility under the front case? There was definitely coolant inside the engine, the valve covers were covered in sludge.

No marks or grooves on the heads, or even the gaskets. I think the liners are intact.

If all combustion chambers look like that, there's no coolant getting in there, as Dave says, they'd be steam cleaned and not nicely covered in carbon. Yes, there is a possibility of a leak behind the front cover, both to the inside and also out to the world.

I think I should take apart the front case before putting everything back together. I doubt that I've really wasted my time on HG's, with themilage on the vehicle.

Did you have any coolant on the outside of the engine? Mine was losing coolant and the head gasket was leaking it outwards rather than in to a cylinder.

Mine sprung a leak from the top right corner of the timing cover a couple of years before that too.

No, nothing external, it seems it all ended up in the oil.