rangerovers.pub
The only place for a coil spring is up Zebedee's
Todays Game. Guess the part

As many will have seen. This old girl of an early P38 is bit of a project. Slowly but surely.

Today found a metal bracket under a seat. Completely loose.

Not sure what it is 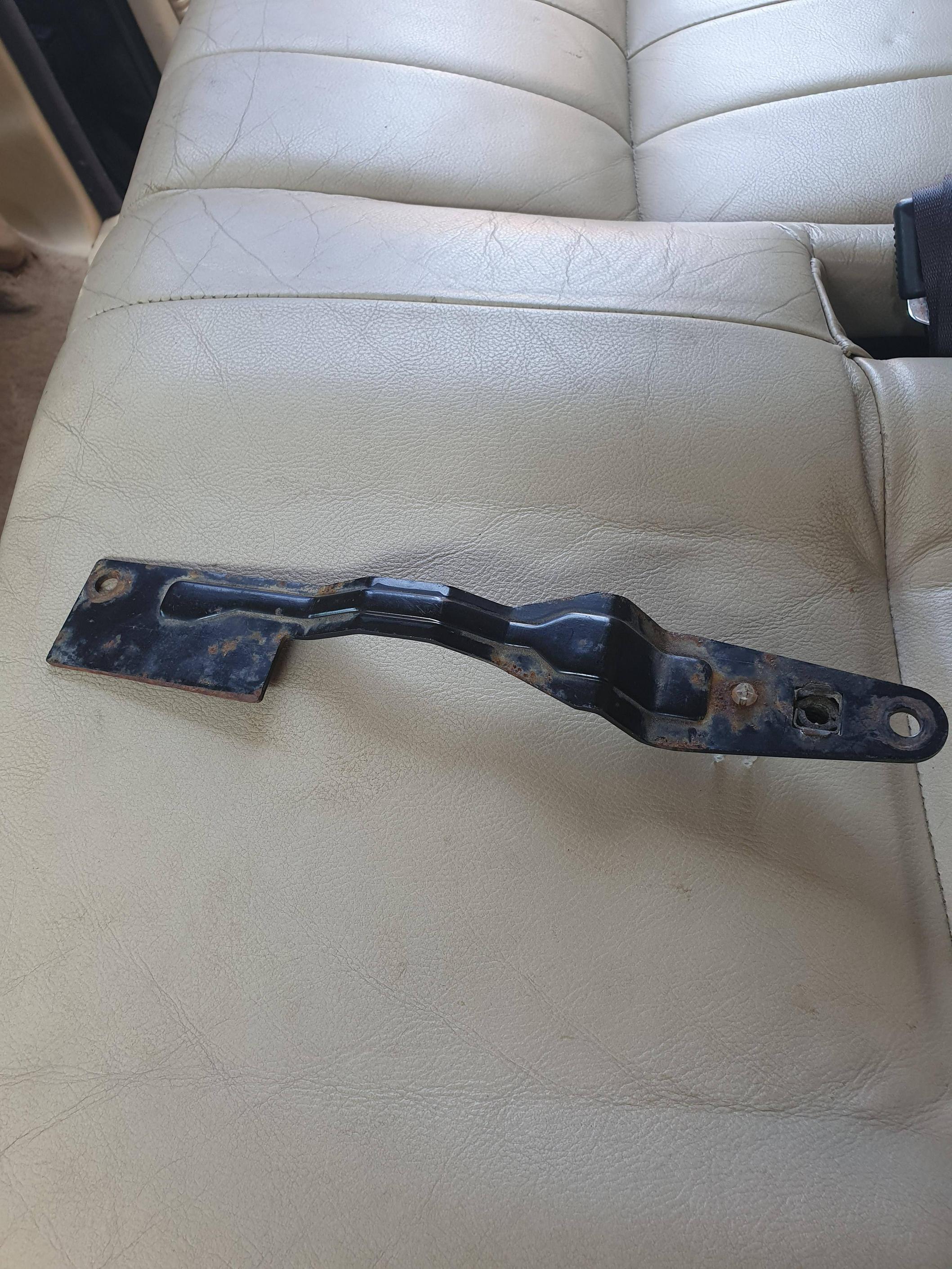 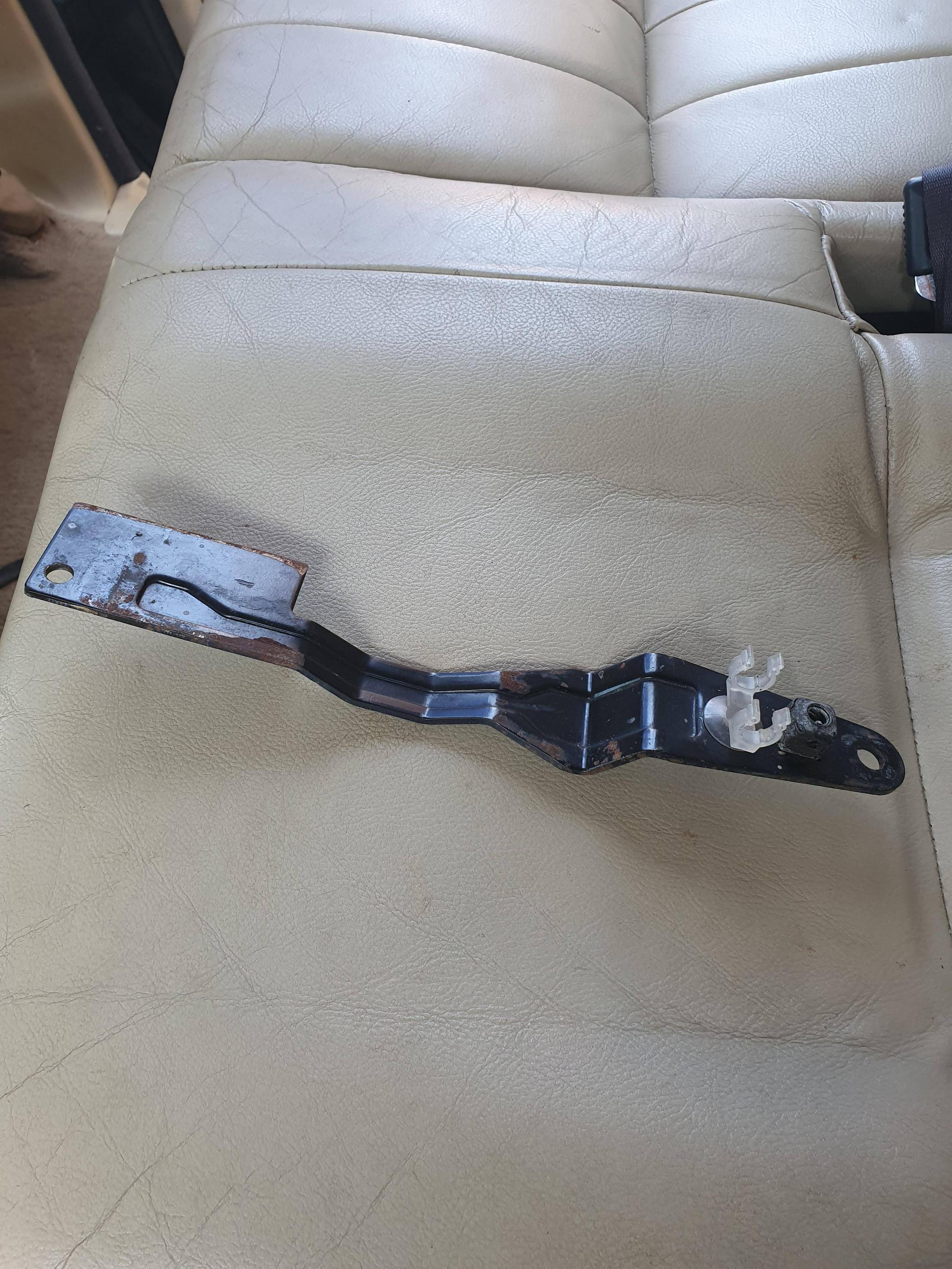 Battery hold down strap. Runs from the front slam panel to a threaded rod that should poke out from behind the battery. The clip is for the radiator bleed pipe.

We have a winner.

Your prize is...you get to answer the next question 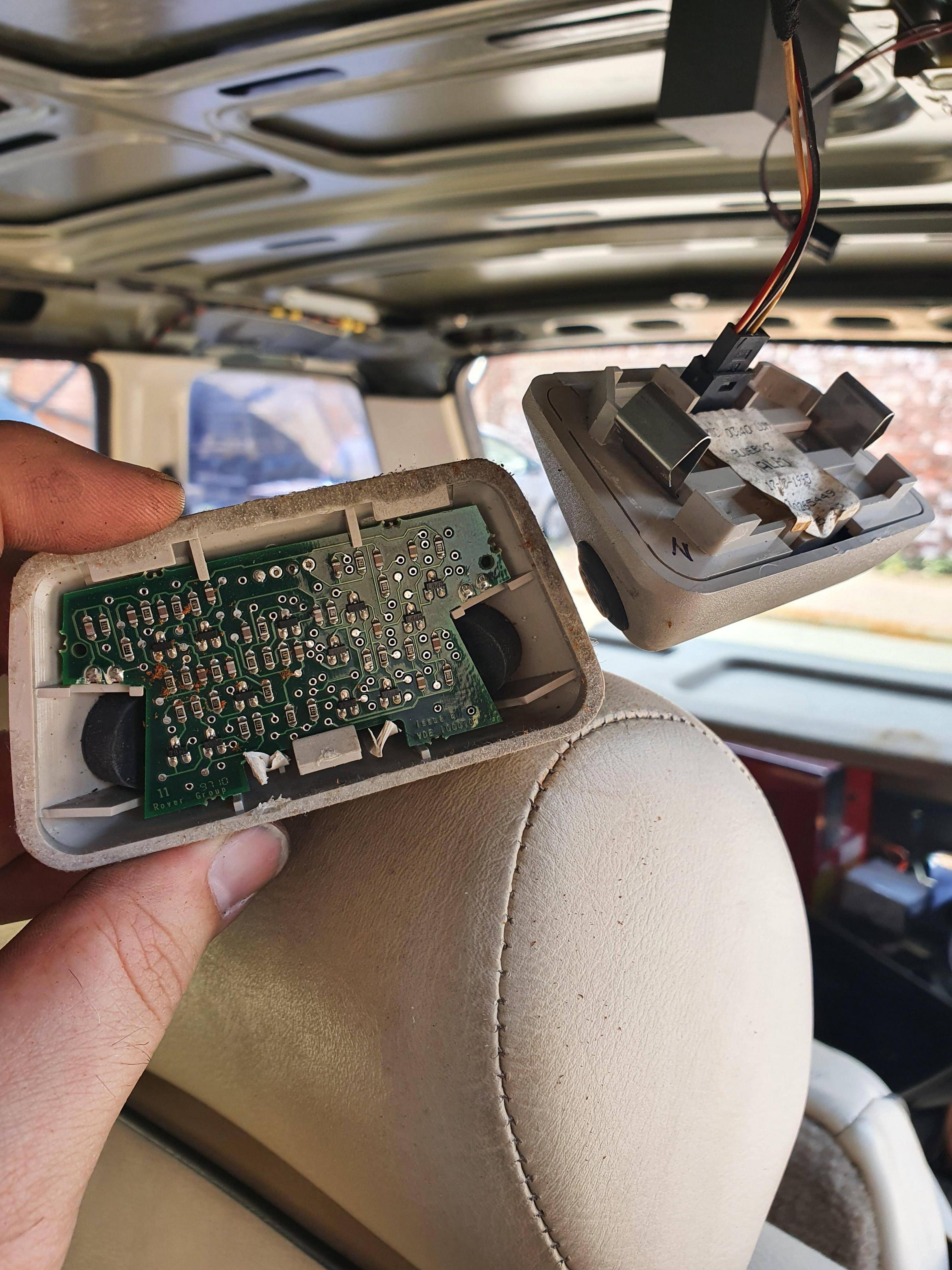 Ps iv removed saggy headliner. Is the foam OK to recover or will that need replacing aswell

Huh? There should only be one anyway. LH side of the car.

New headlining material is foam backed so the rotting remains of the foam needs to be removed from the shell. Wire brush works well.

Don't cut the new headliner material flush with the front of the shell, you want to tuck that back up over the front or it'll be untidy at the top of the screen.
Or so I heard ;)

Errm, who was it that was on trimming duty when we had our mass headlining session at Marty's workshop?

Don't cut the new headliner material flush with the front of the shell, you want to tuck that back up over the front or it'll be untidy at the top of the screen.
Or so I heard ;)

Allow plenty to pull over and shape round. I didn't allow enough on mine and it settled with a soft crease up round the interior light.

Unless you are experienced with such things P38 head lining replacement is best tackled as a three person job. Two to hold it up and one to smooth it into place. Just the two of us doing mine. Found it quite difficult to do my part of the holding clear as well as the smoothing into place. In retrospect I might have done better to make up a support kit for the unfitted trim and done the whole job solo. But would have taken ages to sort support that I'd have been happy with.

Martrims adhesive doesn't take prisoners. One touch and its grabbed. Absolutely not coming off again!

The Martrim products are good but is probably a good idea not to breathe adhesive fumes. Inspector Wasp came to look at mine whilst we were clearing up ready to re-install. Perfect 6 point landing. Three twitches of the proboscs .... and .... Ex-Wasp. Fat on its back stone dead.

We did mine, the first time we'd tackled a headlining, with just the two of us but had to rope step daughter in so there was two people to hold it up and a third to smooth it down. I used a small foam headed paint roller.

I used to ... use wire brush and degreaser/cleaner before sending off our headliners until one of our upholsterers of choice took pity on me and told me I was only complicating my life (and his) messing up the surfaces.
He suggested instead to use a pressure washer (on low pressure) and just "spray away" the old foam.
It works wonders! And it does not ruin the surfaces at all ... I have never used a wire brush since.
Obviously this applies to sagging onces, where the foam has taken that "orangish" finish and peels/sticks to the fingers - and everywhere.

PS: I have never imagined the battery stay had a clip for that pesky bleed pipe .... thanks for the info!

PS: I have never imagined the battery stay had a clip for that pesky bleed pipe .... thanks for the info!

Always a pleasure to be of some service 😀

Huh? There should only be one anyway. LH side of the car.

New headlining material is foam backed so the rotting remains of the foam needs to be removed from the shell. Wire brush works well.

Yeh left hand side was connected using a cable.

The right hand side was just stuck on but no cable

The orangy decayed foam is definitely sticky. When we had the headlining session at Marty's workshop, my better half was doing shell cleaning duties. She ended up with 1" platform soles on her trainers which then picked up every piece of gravel in the yard when she emerged from the workshop.

We decided to do mine when we were driving back from the south of France. It was drooping a bit at the back but not too bad. However, the AC compressor clutch was well worn so the air gap was too big meaning it didn't always kick in when it should so we opened the windows. The breeze inside the car caused the headlining material to be pulled from the tailgate rubber and the whole car filled with sticky orange dust within about 2 seconds. It took forever to clean it all out of everywhere.

I found this out today.

Pulling the headliner out the boot to store it until re covering knowledge is found and the drooping fabric caught on the back headrests and covered the boot in the sticky madness....

i done my head lining a while ago , i pushed pins in the saggy spots just to stop the foam from getting everywhere and rubbed the soft foam of with a pot scrubbing brush .
when glueing the fabric on the apolstorer (family relative) stated that they use water based glues now as the solvent base glues attack the foam and they sag after a while? , will let you know if it's any different in about ten years or so, all good so far.

I also made the mistake of not leaving overlap on my headliner. As virtually always, I'm stubborn and do everything by myself, extra hands would have helped. All in all it turned out quite fine though.