rangerovers.pub
The only place for a coil spring is up Zebedee's arse
Sunroof seal?

Is that its purpose?

Mine doesn't seem to be snug/tight around the sunroof aperture I can quite easily slip a credit card down between the sunroof seal and the roof when it is closed.

I appreciate it isn't going to be a perfect seal, hence why there are drip trays, however looking at the sunroof when its open, there is little to stop water running past the seal and down the inside of the glass.

Mine seems to have an awful lot of condensation which drips off the sunroof on to the centre console, surely that isn't normal?

Other sunroofs I've looked at have what looks like a draft/wind noise reducing strip just and a seal that goes around the cassette to stop water running inside, however the P38 doesn't have this? I was thinking about putting a draft excluder or a 2.5mm rubber strip to help plump up the seal?

Mine seems to have an awful lot of condensation which drips off the sunroof on to the centre console, surely that isn't normal?

In that case you've got a lot of moisture inside the car or there would be nothing to condense. The Ascot had a bit of condensation on the inside of the sunroof but that was mainly because it was sitting around not being used. It doesn't leak in the rain though. Do your windows also steam up?

No the windows don't steam up..

I've just fitted a new, genuine seal around mine (but it's been too damn cold to put it on the car yet.)

I think I follow what you're saying - that water would slip down between the seal and the body, when the roof is closed, and then run 'inboard' along the glass?

I think that's unlikely tbh. On the sides of the sunroof, a water drip would need to make its way past the sides of the frame bonded to the glass - it would drip onto the tray first. And, if the car was parked level, the water would be tyring to flow uphill.

On the front of the sunroof, there's a metal strengthening bar - I think it would do the same as the side frame - force any water to drip down into the tray.

The only place I can maybe see it is at the back, where the bonded frame is at its thinnest, but even then, there's quite a curve on the glass, and I think it's more likely the water would run down to the sides.

I'm guessing, but I think if you put anything else into the seal, it might make the motor work harder to seat the sunroof, maybe stressing another part of the assembly?

Is this a problem that's got worse recently? If so, given the temps it is more likely to be condensation.

Because of water dripping off the inside of the sunroof (and buggering up the window switchpack), the previous owner of the Vogue that I bought with a mate, had put a strip of gaffer tape over the sunroof edges. So no rain could get in but it still had water dripping off the inside. We put a dehumidifier inside the car and left it there for a few days. We emptied almost a gallon of water out of it.... It isn't a sunroof leak, it's water already in the car condensing on the inside of the sunroof due to the temperature differences.

My understanding is that it doesn’t seal. I think the drip tray is supposed to drain off all the water that gets past it. I don’t think it’s just Land Rover that works like that.

Ultimately, putting a hole in your roof is a bloody silly idea for a car - especially one with excellent HEVAC - but it was a bit of a fashion item back in the day.

Well, for some still is! A hole in the roof is a wonderful idea, if you can't get to an open-top car.
Now, on the other hand, the way Land Rover did it might not be the optimum way ... there are plenty other cars that don't leak anything even after years :-)

Most Range Rovers don't leak as long as the drain tubes are kept clear. Same goes for most other cars. None of them leaked when they were new so why should they now? It's like everything else, a bit of preventative maintenance every so often is all that is needed. I agree with Morat though, the HEVAC system on the P38 is so effective you don't need, or want, a sunroof. 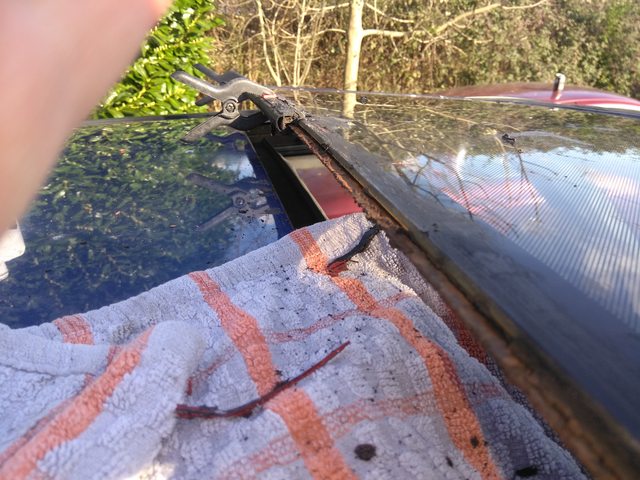 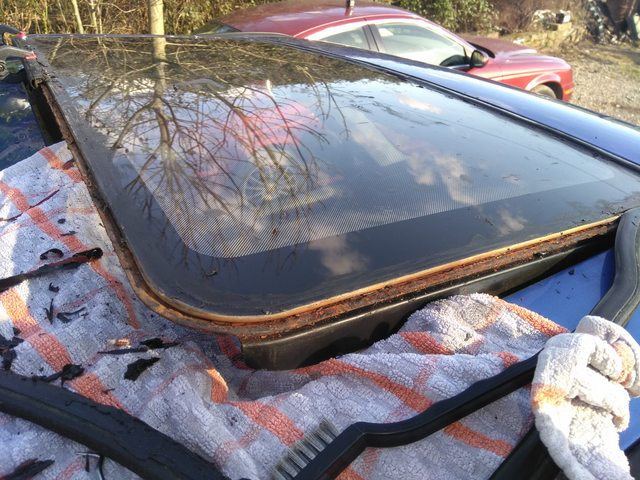 Sunroof frame has separated from the glass which isn't ideal, 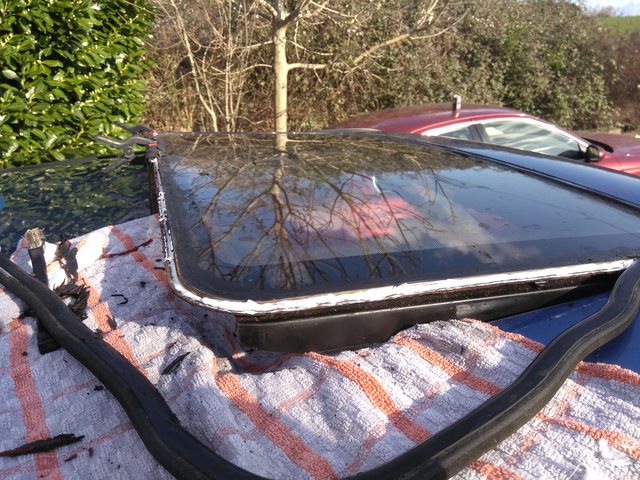 Not surprising really when you use a rover 800 sunroof glass/seal..

I'll see the next time it rains!