rangerovers.pub
The only place for a coil spring is up Zebedee's arse
Ebay finery.

Morat, by your standards, everything has crap paint.

Very Blue indeed. Barely 25 mile up the road from me. Clive style financial analysis(?) makes it a prime candidate for having £ 6,000 or £ 7,000 thrown at it in one big hit then pretty much be just driven for the next 120,000 miles. Hopefully mostly on LPG. How does a Turner top hatted motor compare to one from V8 Dev?

Wouldn't bother changing the engine, I'd just throw a set of heads on it. Spitting back and missing on one cylinder sounds like a burnt valve.

Paintwork is pretty dire and the rust is coming through on the rear arches so I'd hold out for one in a bit better nick to use as a starting point. The spec of a Turner or V8 Dev engine is the same, the only difference is the price and I think V8 Dev are a bit cheaper. I went there as they are local and I could drop in and check on progress (and look at lots of shiny engine internal bits).

I'd hold out for one in a bit better nick to use as a starting point.

Truest words ever spoken. Not that I have any intention, or personal need, to do a full on mid life improved one. But getting fed up with her ladyship moaning about what her L322 is costing in servicing and fixing so may be forced into doing something that will last.

Turner are local to me.

Turners use a different style of liner to V8 Devs. I think the material is different as well. Turners is ductile (drawn) iron.
Turner TH liners have an O ring seal housing machined into the bottom of the liner making the liner/ block interface totally sealed.
Price is the key difference though. Turners around £1500 more than V8 Devs for a short engine.

Yes, that is the real deal... Cheaper than a new one still...

And as I've said to a few owners about them - it all comes down to how much the vehicle is used, how much you like having to put it on charge, and possible replace the battery ever year or 2 if it keeps draining, vs the up front initial cost of a receiver.

Guessing he needs the money now to 'fiscally encourage' the Knighthood-Selection Committee to 'reconsider' ?

'It might just be me' but this one reminds me a bit of that dire Batman-inspired offering from a few weeks ago...

EDIT: Looks like it did just 250 miles in the last year or so.... and the "current owner is an international collector..."
Wonder what he paid for it, because -al least so far- it does not look too much like an 'investment' to me....

And I like how in the e-bay ad he mentions a Volvo previously owned by Bowie as an 'example'.....!!

Always a great idea to let the Missus have a hand in your car design :)
Does that mean Chris' car is worth a premium as I think he has Kahn wheels on his?

Nah, no LPG and the clips on the coolant hose are rusty (and it's a Sport so only a tarted up Disco really). I've actually been up to Kahn and collected a Bentley Continental GT they did and while the workmanship is outstanding, the taste often leaves a little to be desired.....

I honestly can't imagine anything that would command a premium simply because David Beckham had a hand in it and that includes posh spice.

I honestly can't imagine anything that would command a premium simply because David Beckham had a hand in it and that includes posh spice.

Jeez, I’ve got these horrid vision of beckhams hand in posh spice,, lol,, slapped myself 🤐

Yet another bite, a wrapped pink chrome evoke, yuk !

If anyone knows how to get the pic up please do.. didn’t want to start a new thread so added it here, it’s up by my local shops,

God that's awful. But only to be expected in Essex I suppose.....

We've told you how to put pics up but as you use an iPad, it's a bit different to most of us (and you being a computer numpty doesn't help either).....

I've had a play around with the Android Imgur app (I don't own an iOS device).

If you press and hold on the image you get an option to image link (or something like that).

Copy that and you can paste in to the box the forum gives you when you click to add an image.

God that's awful. But only to be expected in Essex I suppose.....

We've told you how to put pics up but as you use an iPad, it's a bit different to most of us (and you being a computer numpty doesn't help either).....

And I tried as told and it didn’t work, as for computer numpty, I bet when it comes to how far you can throw it, I’ll win every time, 👍 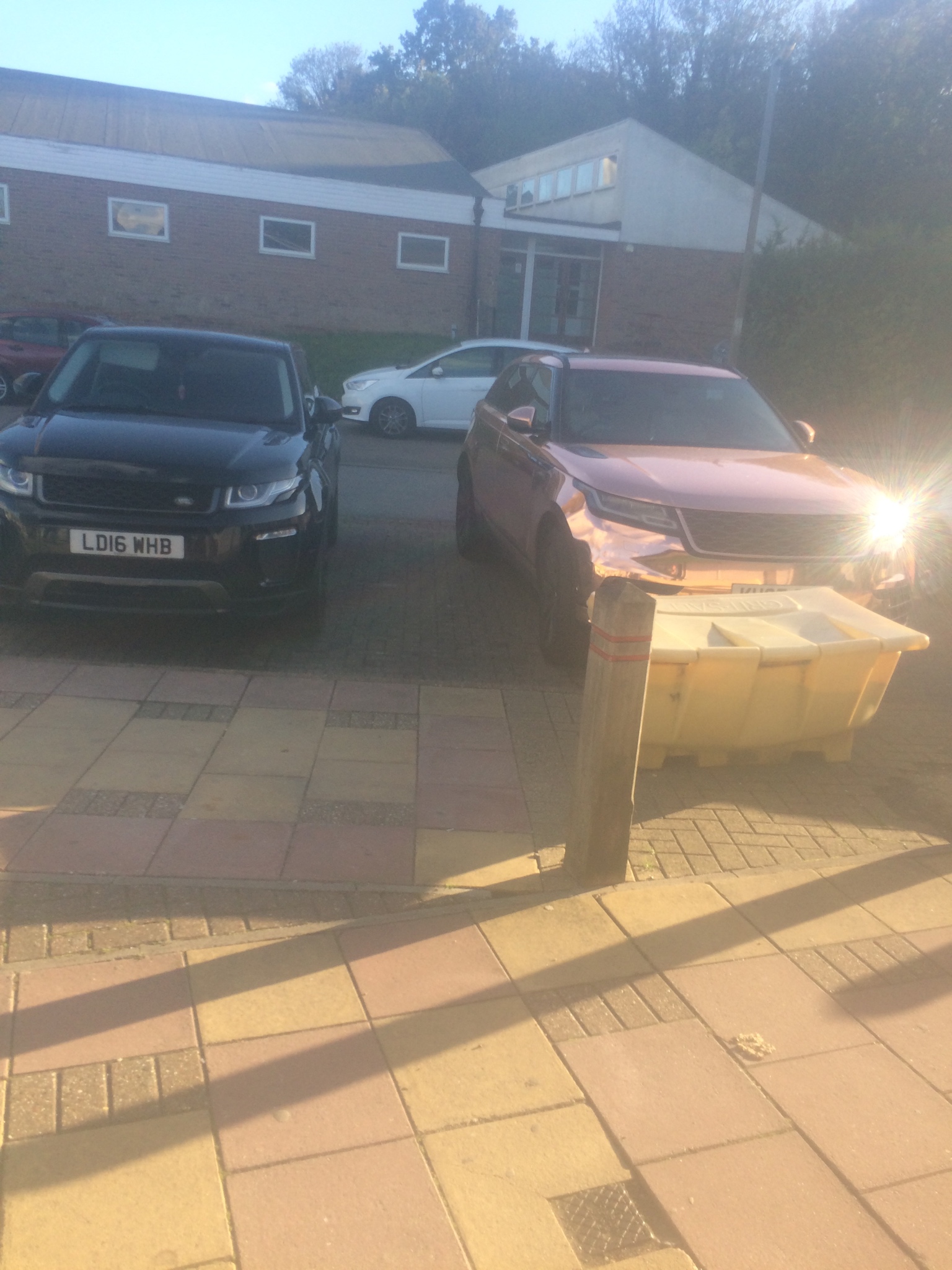 Told you it was possible. Was it fairly simple or a bit of a pita?

Well (again) I like that pink Evoke.... or is it a Provoke ? She probably just thinks that dark green P38s are too boring ?

Not quite sure why she has a snow-plough blade fitted on the front though; Are these an OEM accessory now ?

At least these pink ones are cheap:

even if it won't do Gilbert's blood pressure any good ;)