rangerovers.pub
The only place for a coil spring is up Zebedee's
BMW M57 Swap - Into a Bosch/Thor V8 HSE *pics* 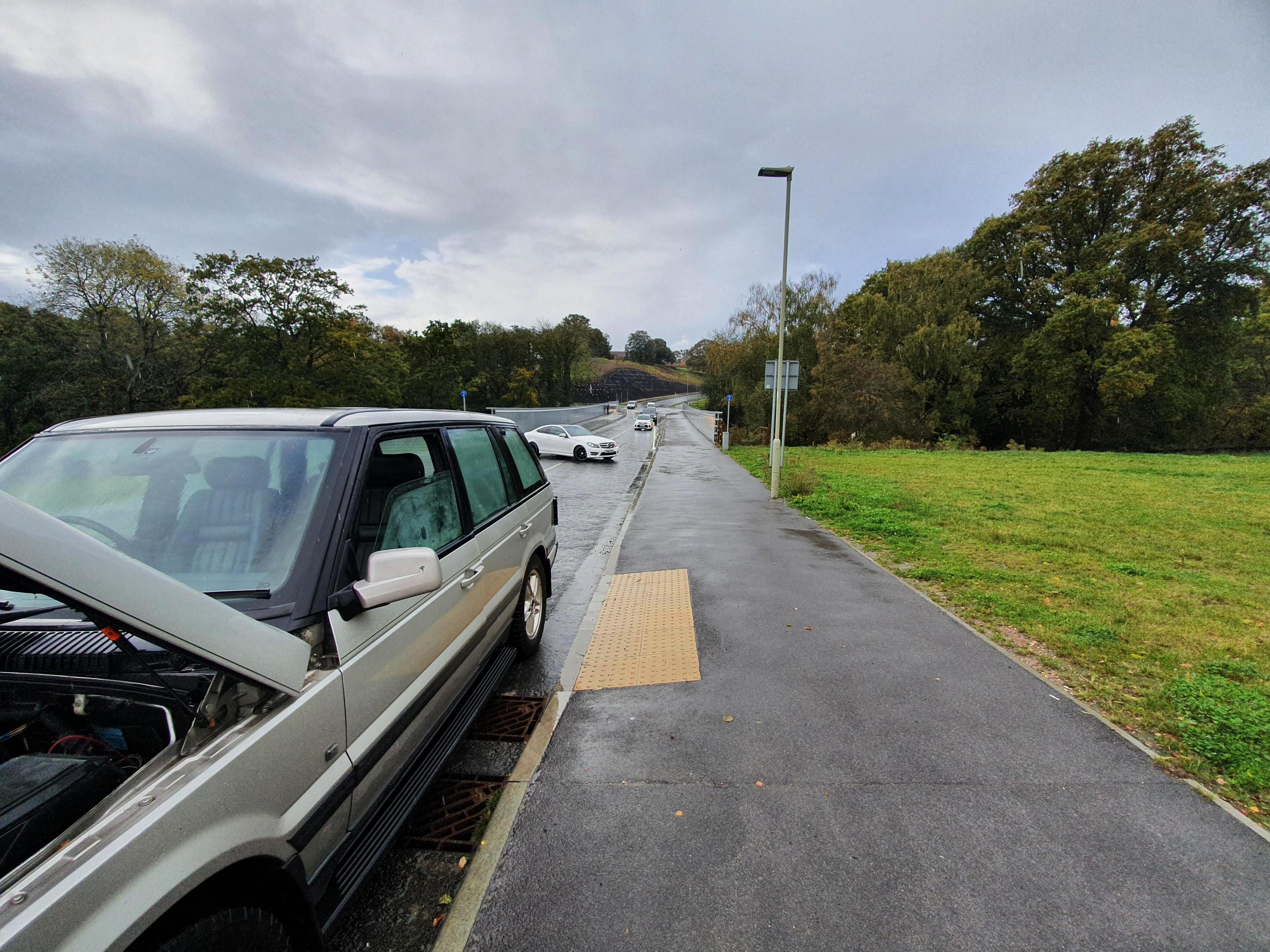 As they say... an attempt was made. And what I didn't consider (or really think enough about) is that the engine ECU is still basically wedged in place upside down - I haven't made an enclosure for it. Being upside down is definitely the worst orientation as it turns out... because any water that is thrown up into the engine bay just makes its way right down the connectors and inside... 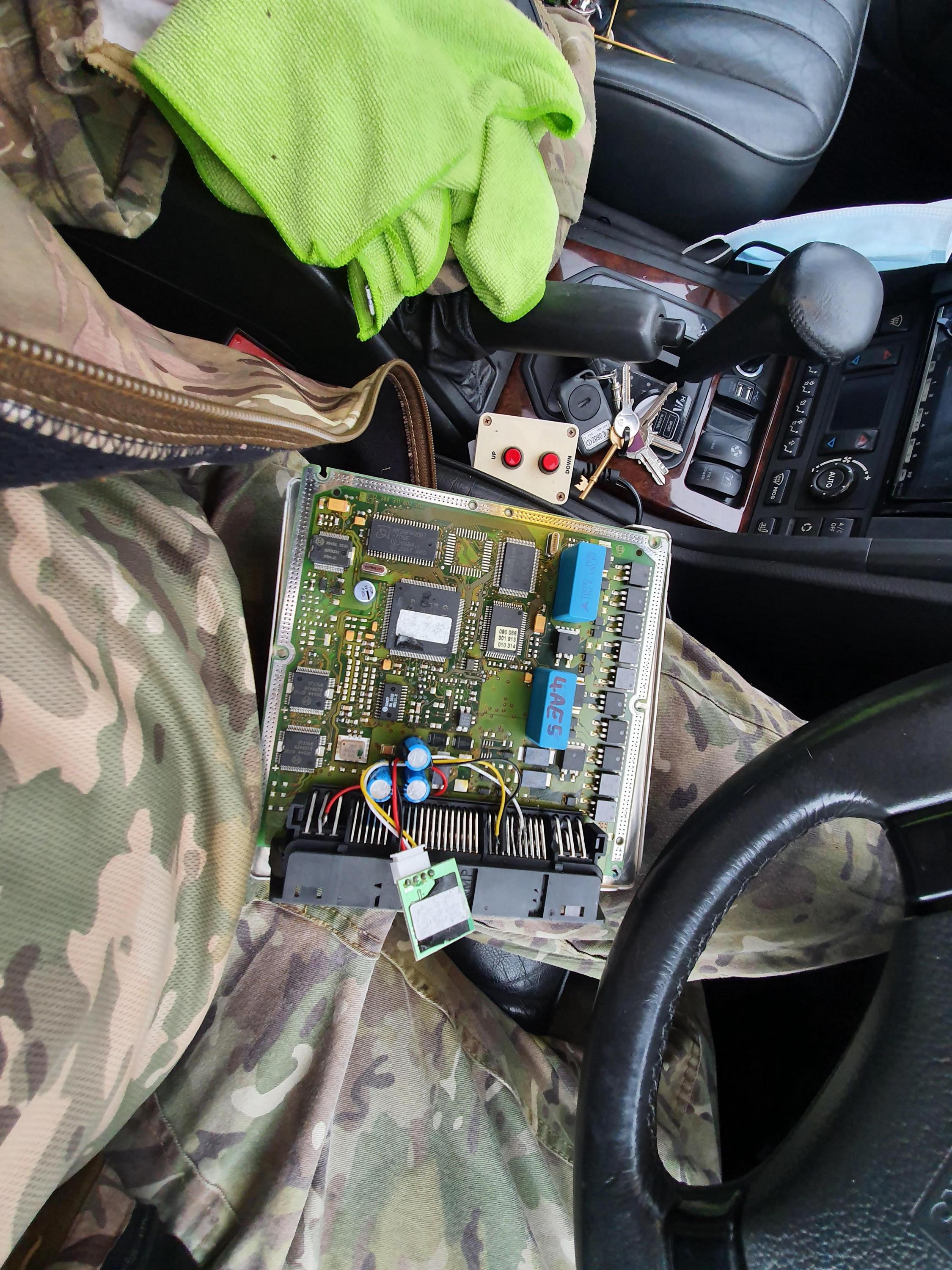 Had a friend appear with some supplies. Lots of contact cleaner and being blown off with the airline from the back was called for. Meanwhile... why not do a bit of cleaning under the bonnet while the ECU bakes for 10 minutes at 32c in the rescuing (sorry) Jeep. 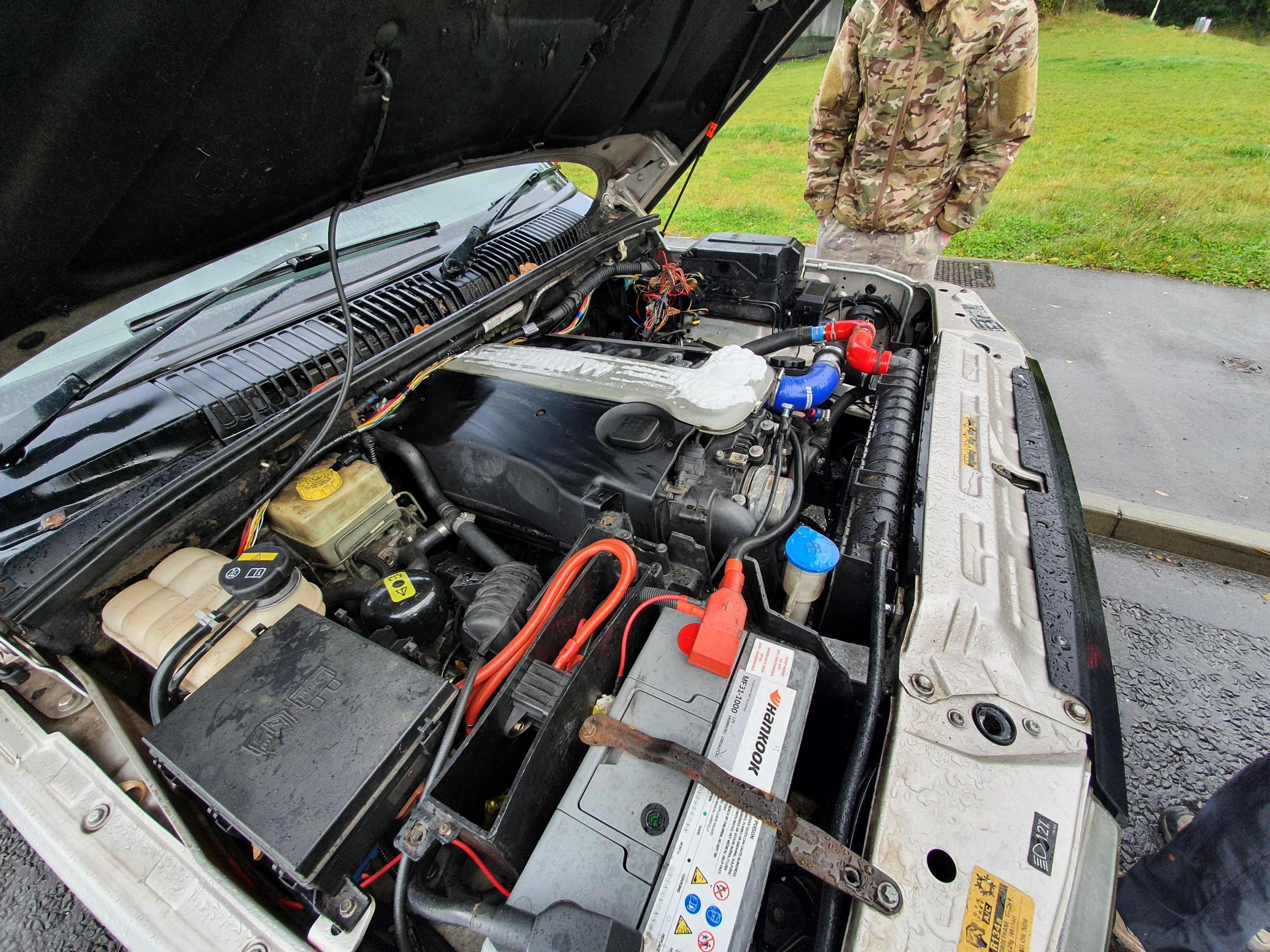 After quite a few attempts.... it finally started up and would keep running... and relief was had.

Clicky for the proof or it never happened

A waterproof enclosure for that ECU is on the cards I'm guessing!! lol

Is The Turbo still acting up?

And worse - there is oil being ejected from the inlet side of the intercooler pipework. Not loads, but I am putting off driving it (unless needed, as it was today) until I can properly inspect what is going on. If it needs a turbo, it'll get one.

But it is getting there. I've seriously been considering ditching my other car once this is in more of a 'done' state.

If the Oil seal on the compressor side of the Turbo has failed I'd refrain from driving it, sounds like it needs a new boost maker ;)

Yeah. It's looking like a new snail may be on the cards.

So relieved when it did come back to life though.

Ooof - close one!! Well done for resurrecting it.
(and yes, Jeeps are handy to have around! hehe)

Holly molly! This has progressed as a vast rate of knots since I last looked in! Blimey! and I thought I had been busy.

Congratulations on how far you have come. If you want to have a go in a 2.5 DSE then happy for you to take mine for a spin when circumstances allow. I haven't really driven a V8 but what I can pass on at the moment is that it revs a lot, likes to kick down and suffers turbo-lag. But once it gets going it's actually pretty good considering.