Filled it up with petrol, as it quite cheap at the moment..

Got myself a good supply of Dr Pepper and some Red Leicester cheese chedders too!! 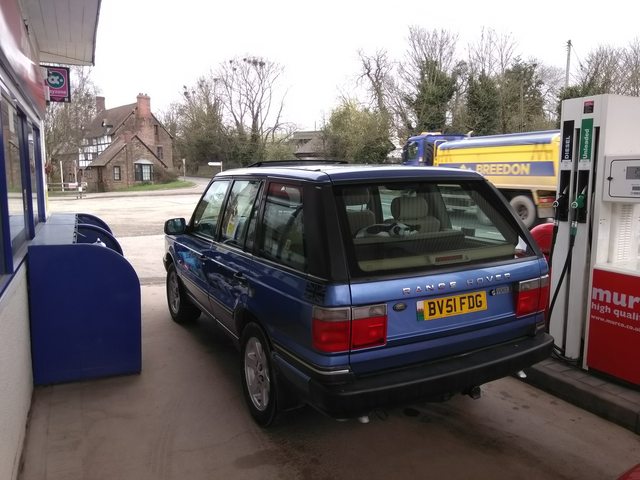 Once i get the cash together i will get it over to Simon.

It kind of works, when it feels like it..

today i have driven it

I drove mine too. The horsetails hanging out of the exhaust are growing on me!
(but I've found the receipt and the garage should replace them under warranty)

Pull them out and she'll get a bit louder lol

When I pulled mine out, I didn't hear a difference. I now have one Dynaflo muffler and it sounds like a V8 should sound, although it might be just a tad too loud.

The LPG magically started working today once i fathomed the ground for the switch/ECU..

took it around the block and it's running "ok".. 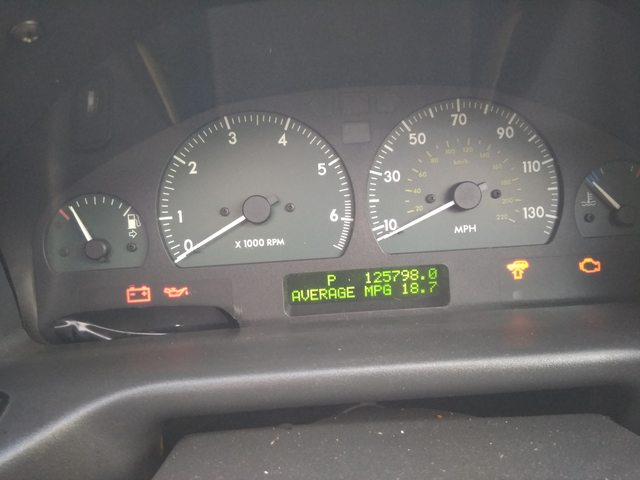 The only use for the dash display is to give an indication of how well the LPG system is calibrated. As petrol consumption is calculated rather than measured, if the LPG system calibration is out it will cause the petrol ECU to adjust the fuel trims so alter the MPG reading on the dash. If it reads the same when on petrol as when on gas, the calibration is correct.

All I've done to mine today was drive for miles to find a farm shop with meat because the local supermarkets only have the scabby bits that I wouldn't give to the dog......

Today I have written to you guys in this nice place :-)
I have also made the list of my wiring woes and wonders so I will bother with this soon.

It seems it's most efficient at peak torque which is 2500rpm IIRC.. 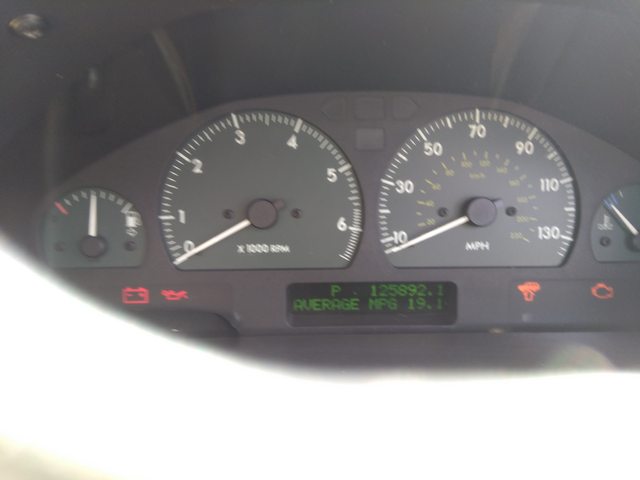 If the average is climbing to higher than what it would do on petrol, the gas system is too rich so causing the petrol fuel trims to go negative (leaning it off). It wants to be showing the same as it shows on petrol for the same run. You did say when it ran on gas the economy was pretty dire so that would make sense. Any engine is most efficient at peak torque, hence the reason why you'll get more miles per gallon cruising at 75 mph than at 50 mph.

I feel really guilty reading all this stuff.

Since registration, it's probably had about three runs, a dollop of fuel and a single wash.

We're on double lockdown now as we've a COVID case in the house opposite. There's police at either end of the street and they've issued passes to those allowed out along with instructions as to when they can go. This doesn't include me, (over 60) so I can't get out to buy the oil I want to do a change.

Still, in between working from home, I'll give it another wash and then I can strip down the door lock to see why that's stuck.

I changed relay 17 which was causing the ABS pump to click on and off.

Car is parked up on the front grass. Now the weather is getting a bit better and I am self isolating with a lot of time on my hands, I am planning on a few jobs on the car.

Full service, change all the fluids first. Change the transfer box just for the hell of it. I have a brand new one that has been under my workbench for several years. I keep banging my leg on it. I need to change the epicyclic gears from manual to auto first. Maybe change the crankshaft oil seal as well. Refit the winch after some welding mods. Refit bull bars and spotlights.
Buy a panel beating kit and knock out a few dents. Tidy up the bodywork. Have a go at a new headlining, it has gone droopy. 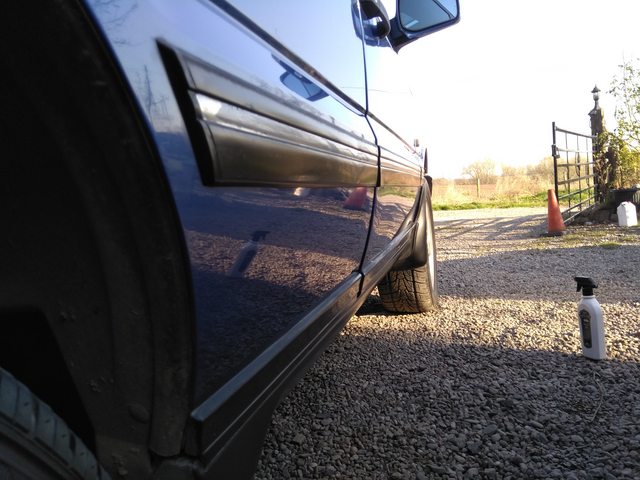 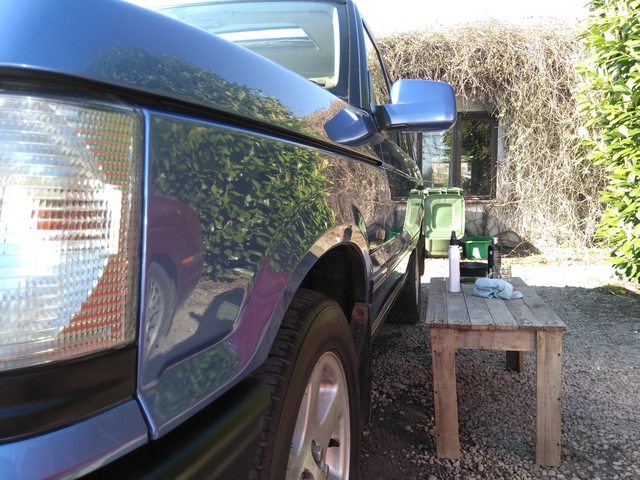 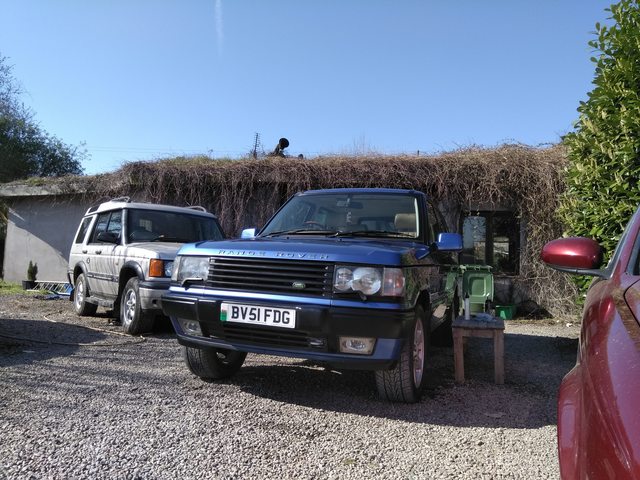 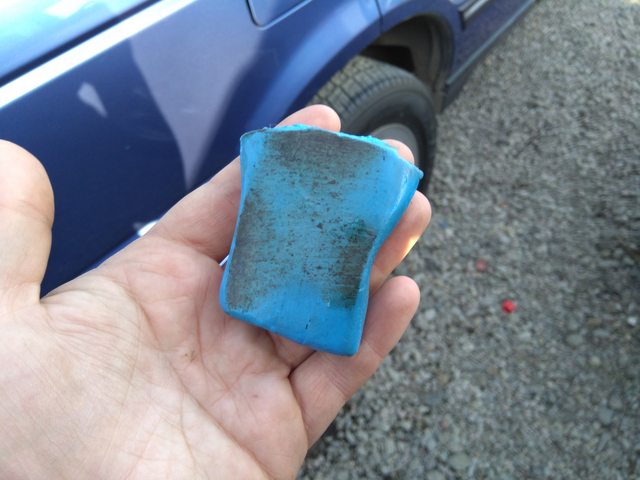 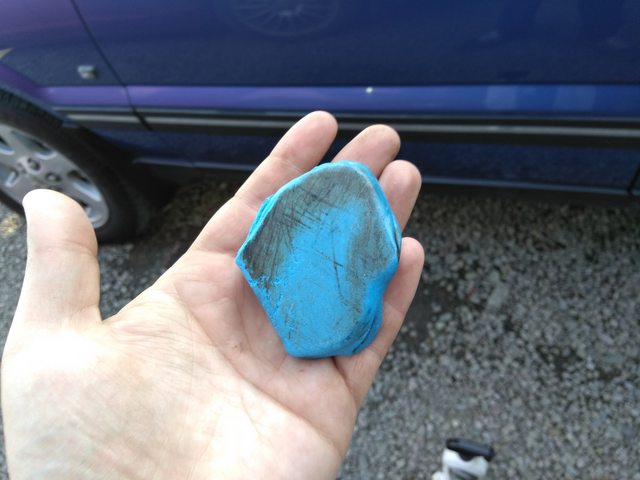 Changed the Axle oil too

I took mine for an MoT.

Took a break from weeding the veggie plot to slide under the front for yet another look for my cool down water leak. A minimum distance run up to the shops on Wednesday barely got the car warmed up, perhaps 200 yards with the thermostat open, so the overnight leak was pretty much maximum territory marking level. Was hopeful that this might finally leave enough evidence to pin point the source.

Unfortunately not. Clear evidence of coolant collecting on the clip holding together the two smaller hoses to the thermostat before running down the front one and dripping off the stat itself. I'm inclined to think that its actually from the upper end of that hose or from the three way joint itself as there seems to be some dried out coolant residue on the hose at the upper end but its not wet and the UV torch doesn't show dye traces.

I'm tempted to modify the old pressure cap with a schrader valve so I can put 10 psi on a cold engine to see if that makes enough of a leak to trace.

Or maybe just say stuffitt and change the top hose assembly again. But it got a new set shortly after I bought it and all looks good. Dunno if it was a BritPart set or not tho'. Crack in the three way plastic joint could sort of explain whats happening tho' if the radweld in the system is closing the hole when hot but then being dislodged when the plastic moves on cool down. Hate running with radweld in the system but was getting desperate.

Suppose I could just carve a billet three way from alloy or pull a T in a piece of steel tube, weld a stub on and track down something to roll the ends. Then I'd know the T wouldn't leak.