What are the wire colours going into those plugs? It looks to me that someone has replaced the window motor with an aftermarket one and that's their attempt at splicing them in... you mentioned 'Window not set' messages to me, which if that is the window motor, then it looks like there are sensor wores coming out of it to the long flat plug - which is going nowhere, so the BECM won't be seeing an input on the anti-trap feeds, and thus won't set the windows.

I wouldn't be able to tell if those motors even have sensors that are compatible with the BECM without knowing more about them - but if they have been replaced in EVERY door, then it will explain you not being able to 'set' the windows pretty simply!!

From what I can tell, they have spliced the 2 thicker blue wires into the feeds for the motor from the outstation, and left the rest alone.

That 6 way plug with the yellow insert is what SHOULD be plugged into the window motor, if it were a genuine P38 one...

The good news if you want to swap them back to being original is that they aren't that expensive second hand as they hardly ever fail... the bad news is that the replace them you ould need to take the window regulators out. Though on second look, it appear the regulator is aftermarket aswell - as it's definitely not the LR shape... again the proper ones aren't expensive - just annoying to (probably) have to change all four...

If the windows actually work properly other than not 'setting', I'll try and find some info about the window motors and see if there's a combination of the wiring that's there from the inbuilt sensors to see if they will trigger the BECM properly.

Wow so much info from just one look!

Now I def can see is not original, as it has a 2012 date and "BUONO" which means "Good" in Italian, probably a manufacturing quality label or such.
I will take out the door card of the donor and see if is the same... donor looks less messed up with.
Windows' mechanism do work fine (except rear left), driver was a little jumpy but I always assumed were the guides being old. Now it might be something else ...

I am not afraid to take the regulators out, just an annoyance as you say. On the other hand, I have one rear door to replace (been hit in the past and full of body filler) ... the insulation to put ... door handles to replace ... :-)))

Looks like it has minimal black death, certainly cleaner than mine when i did the valley gasket..

Any closer to finding the noise?

To be honest its a bit of a shame this engine has a water issue with #6 that has been kept at bay for now - as it is as you say pretty clean. I'm happy to report since I last had it in bits when we did the flex plate (where I took the opportunity to do the valley gasket too then) it hasn't gotten any dirtier by the looks of it.

Found a couple of things that might have been causing the noise - but until it goes back together I'm not going to be sure. I have a thread in oily bits - main discovery which I doubt is noise related, but the cam is buggered.

Wow so much info from just one look!

Now I def can see is not original, as it has a 2012 date and "BUONO" which means "Good" in Italian, probably a manufacturing quality label or such.
I will take out the door card of the donor and see if is the same... donor looks less messed up with.
Windows' mechanism do work fine (except rear left), driver was a little jumpy but I always assumed were the guides being old. Now it might be something else ...

I am not afraid to take the regulators out, just an annoyance as you say. On the other hand, I have one rear door to replace (been hit in the past and full of body filler) ... the insulation to put ... door handles to replace ... :-)))

Haha, thanks... I've spent a lot of time inside P38 doors, usually replacing door latches - though I have replaced the regulator on my own P38 - and generally have a fairly good idea at what connectors are for what these days.... the occasional one still stumps me - but that long flat 'superseal' connector was never one that was used my LR in the P38, which after looking closer and seeing all the other random plugs and wire colours, made more sense that it wasn't original. The 6 way one with the yellow end on it are 'econoseal' connectors and WERE used all over the P38 - and in fact my first thought was that was the reason you had issues with locking, as there's one like that to connect to the door latch. The I saw where it was, and the rest fell into place a little bit!

I'll be interested to see what is in the other 3 door now... pics or it didn't happen!! haha

ah ah pics are coming! today I made a better check ... et voila'!
you were correct plug has been mangled and all non-oe stuff mounted. distasteful.

went to open up the donor to check, and lo and behold now i think i know what to look for 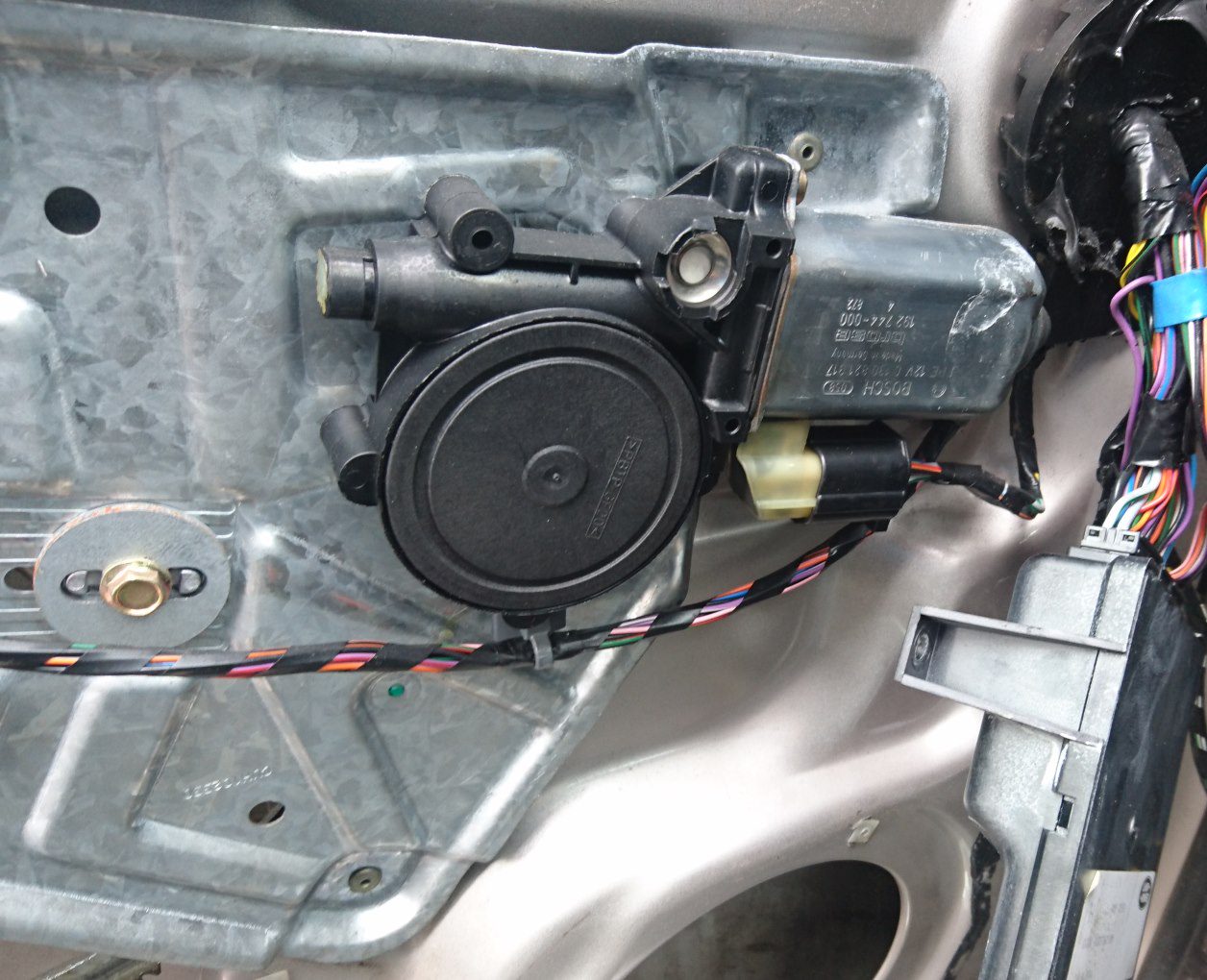 will now try to find some time to get all other three door cards out, and see what gives :-)

A word of advice, when you fit the correct window regulator, drill the holes out a bit and use M6 bolts with nylock nuts rather than rivets. the rivets eventually start to fail and the whole lot wobbles about.

Great advice THANKS! I was actually wondering what to do ... and afraid there would be not much space (was wondering about rivnuts). If bolts and nuts fit is a perfect long term and serviceable solution. Will do that!

Found this mess inside my rear 1/4. 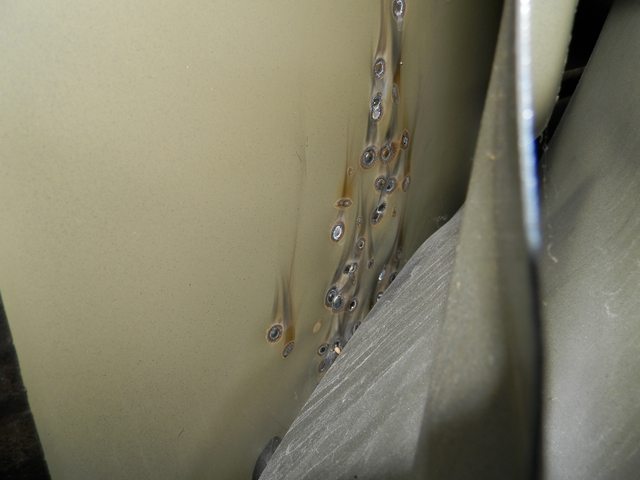 Tested my fuses as I've got no life from the dashboard, centre console or diagnostics port

Water ingress is killing me!!

No water on the bulkhead, further more the foam up there is dry..
No water leaking from the bottom of the dash..
No coolant

The plenum is all sealed up and all screws sealed..

However both footwells are wet!!!

Mine clearly has a water ingress problem. A couple of years ago I sealed everything around the pollen filters etc but it's still getting in.

Mine has been parked up since August and the dampness coupled with a completely sealed environment (well, sealed besides wherever the water is getting in!) has resulted in a film of surface mould over much of the interior :(

Once the engine side is sorted everything on the inside is going to need a properly through deep clean. Might need a new carpet and headlining. The headlining had already started to sag and was in need of attention anyway.

I have had to deal with similar cases, it is tricky but not impossible. Headlining whatever, the carpet might be saved if you pull it out and wash it well. You might want to buy some "mold killer" or "mold removal" product for upholstery.
For sure now until you get done, try to keep as much as you can the vehicle ventilated (open windows, roof, and the like) compatible with your parking options. You can get some salt or rice to absorb moisture eventually. Sun and heat are your best friends!

Found this mess inside my rear 1/4.
Looks like someone dented the panel and to fix it they welded some bolt or similar to "pull it out".
About your water ingress, surely you have looked at, how are your sunroof drain pipes on the a-pillars?

Unfortunately I'm having electrical issues at the moment so my windows won't open!

Once it stops raining I can open the doors instead. I've got a wet vac so planned on pulling the carpet out some time over the summer and going at it with that.

Hopefully the plastic/leather surfaces are easier to deal with and I can just give them a good going over with some cleaner and a brush.

I'm not putting much effort in to it at the moment as I want to be sure it's worth the effort. If the engine issue and now the electrical issue turn out to be really serious I'm not sure much more will be happening with it!

Today I finally changed out the front grill. The original was in perfect (but faded) condition until a Pheasant tried to fly through it.
The new one has no visible damage with the bonnet shut, but the outer screw holes are cracked :/
Still an improvement, even if it has taken over 2 years for me to bother! Hurrah for Lockdown.... kinda..

Next question: Is the colour coding meant to cover the slats as well as the painted lower part? Both of mine are pretty much grey. Should it be black or green?

Grille should be black except for the bottom strip which will be body colour. I used bumper black paint on mine and the strips under the headlights, looks so much better than faded grey.

RightO, another task for the Lockdown List!
Thanks Richard :)

Took the roof rails off ready for spraying. Quick question ... are there any drains in the roof rail channels?
There doesn't appear to be. I stuck a hose nozzle in the channel to clear out the muck and make sure the sliding covers work OK.

Took the roof rails off ready for spraying. Quick question ... are there any drains in the roof rail channels?

Not by design, unless the weld isn't up to spec.

Thanks Richard. No leaks (as yet)
I never fitted any rubber gaskets either. Can't really see the point. They don't seal against anything and are there to stop the rails squeeking I believe. They don't squeek if the clips are done up tight. 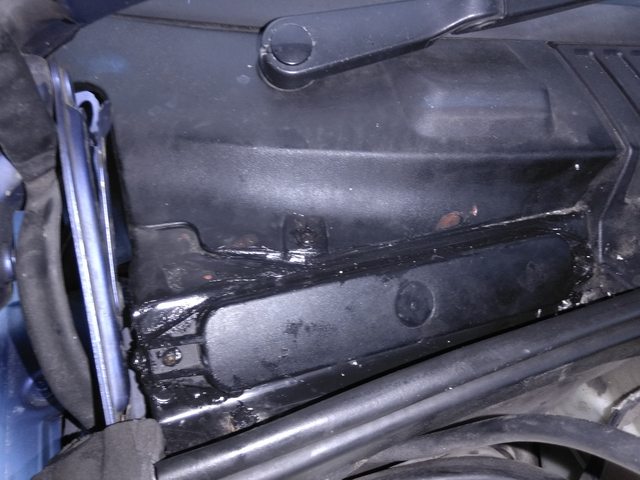 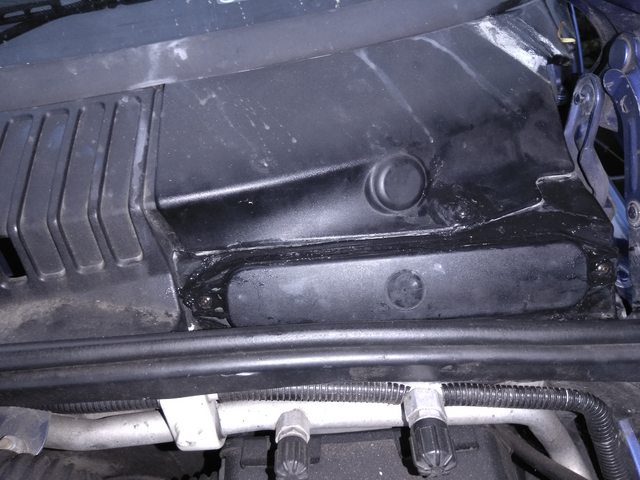 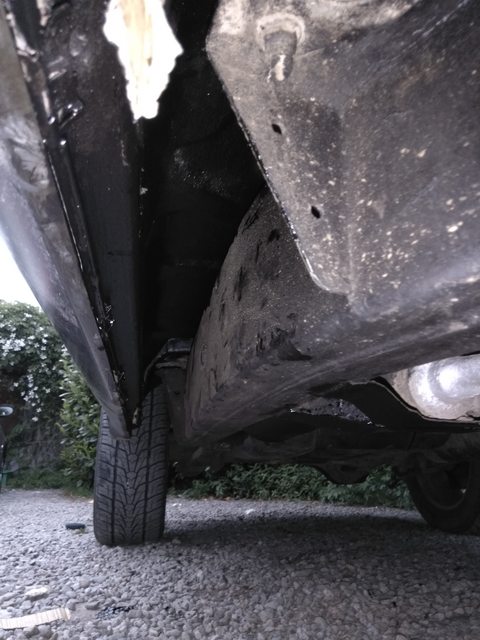 on the inside too.. 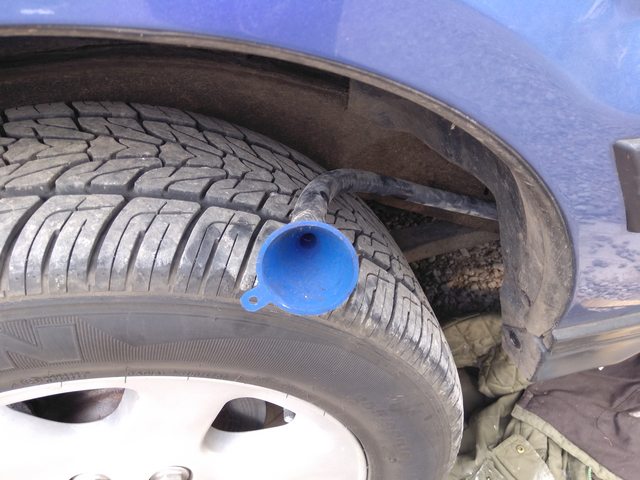 Got the "Propane Propane" working well too, replaced some lines that were only a small explosive hazard... 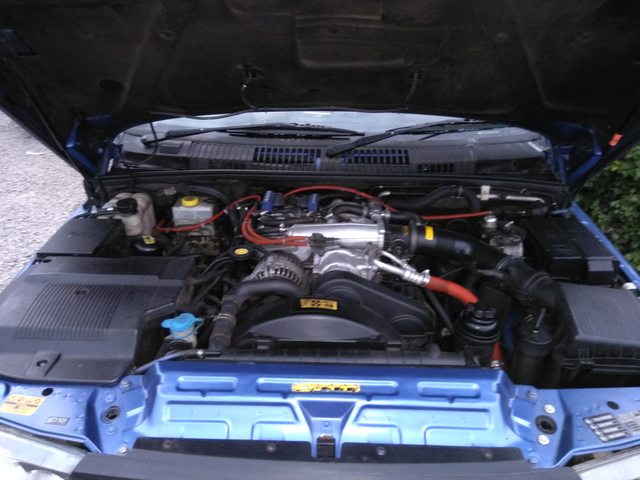