I did think I’ll just replace it, but the mounting bolts are hellish tight and I didn’t want to break them. When I do that job I think I’ll get my small propane tourch here out and warm on the aluminum around the bolt which might make it easier.

With the inner guard out it is easy to get to both bolts without having to use ridiculously long extensions.

You may have already checked this, but what about the main alternator cable being insufficient to keep your battery fully charged? When I first got my P38, it turned over slowly, and the voltage I measured at the battery was a bit low, but at the alternator it was fine even after I cleaned all the connections. I added a heavier cable directly from the alternator to the battery and it's great. I think this must have been a problem for years before I got it, as the records show they replaced the battery every 2 years. I've had it now 3 years, and the battery is 5 years old and it still starts strong.

New battery in July, mine has the jumper cable from the alternator to the battery. It is all good, just the starter getting lazy. If this proves not to sort the problem out in the longer term, then I think it is the solenoid, just given the symptoms. We shall see. I have to say though, with 28 Landrovers, Range Rovers and Discoveries under my belt since 1976, this is the first one ever I have had to even think about looking at a (possible) dodgey starter.

Well today all I've done is empty an awful lot of rubbish out of it (sweet wrappers, empty Monster energy drink cans, chocolate wrappers, etc) and take a couple of photos. However, since Friday morning I've driven it and filled the LPG tank lots of times. In the last week and a bit I've opened the bonnet twice, once after my first 1600 miles to see if the coolant or oil levels had dropped, which they hadn't, and again this morning to check the same thing and they still haven't.

Killed lots of bugs in the meantime though..... 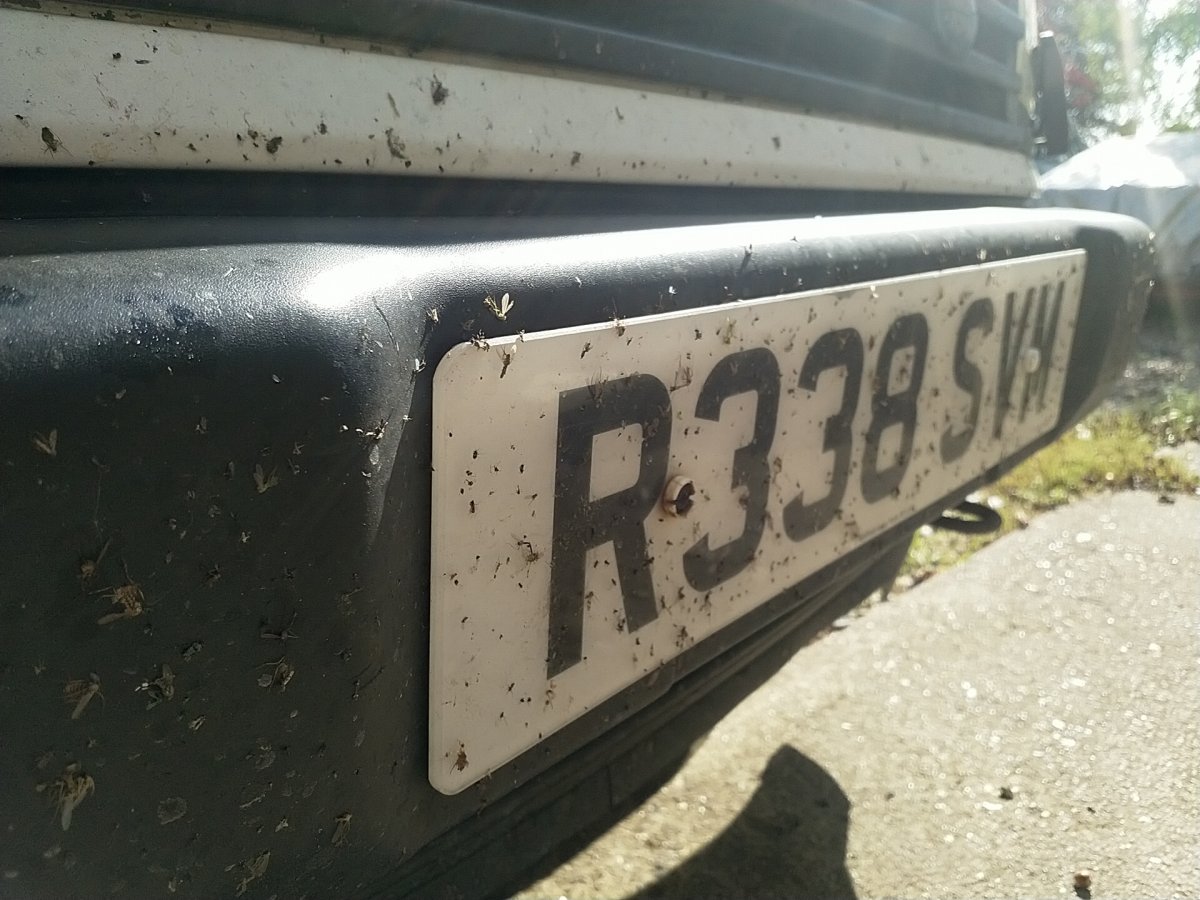 Replaced the LPG filler cap mine seemingly disappeared it must of fallen out the last time I filled up..

Also trimmed the bumper a tad to allow the exhaust to fit it a bit better! 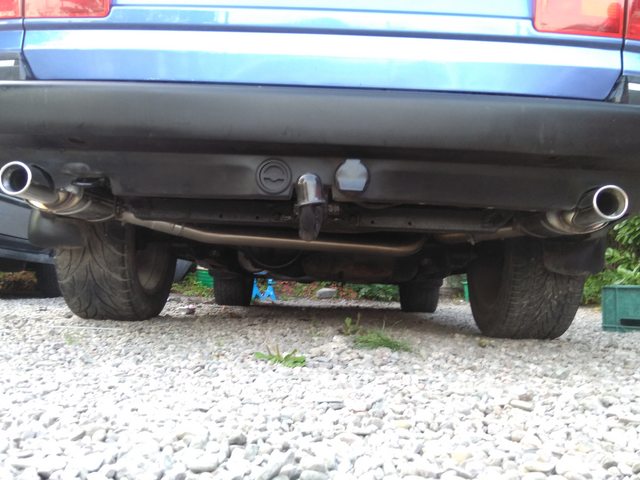 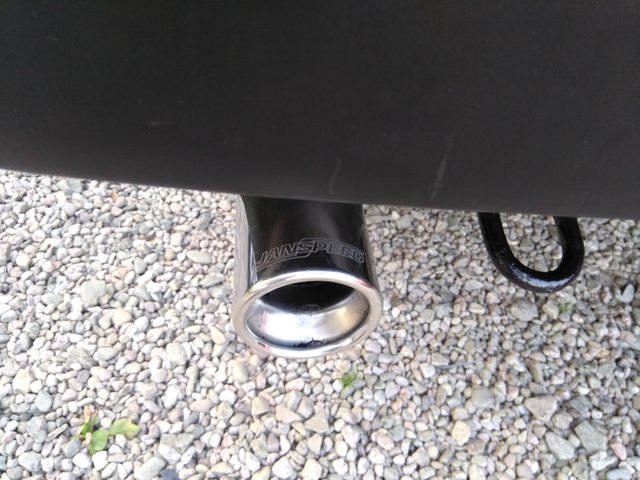 Yesterday, finally reinstalled the rear soundproofing and carpets having dried it out (MOT is due in October so didn't want it to be empty for that - checked diff oil and transfer fluid and levels/greased props last weekend), and had another look at the rear seat positioning and seat-back latching arrangements which were a bit intermittent in terms of actually working.

What have i done to my Rangie? Well today i found a great big crack running up the exhaustfrom the centre box to the rear. So I have ordered a fall replacement for that minus the centre box. Not gonna have one.
Yesterday I replaced the front anti roll bar drop links. That was a fun job. I just need to finish that by replacing the polyurethane bushes. Can't do that as the bolts are rusted on. So I'll be spending the next few days spraying those with wd40 and attacking them with the wire brush to hopefully loosen them. I also replaced the tailgate straps which was a nice simple job.
I need to find a black rear bumper one day as well. Someone decided hitting us in the right rear quarter was a good thing to do. Right now though funds are gone due to the exhaust. Yay.

So the to do list is growing. Which would be a strange thing if it wasn't with these cars.

I am putting back together the dash ... which means sorting the cables .... and checking out the rear window regulator or motor, that it has never worked (what a PITA job on a P38!) ... I left all the leather dash/center console parts for one of my regular suppliers to do some magic ... and I will soon re-start with the wiring for the aux battery. Photos? Soon!
After more than an year, I really want to put the RRP38 back on the road, I am becoming obsessed ... :-/

Yep, it is going to be a new starter. Starting to get to the stage of not starting more often than starting. It is either the contacts in the solenoid, or the brushes, and I now thing the latter. On the occasions when you turn the key and it doesn’t jump in, you can clearly hear the solenoid slamming the pinion forward, but the starter doesn’t turn. I have now discovered, If I hold the key in the start position on these occasions, the starter will slowly start to turn after a say a second or two and then race up to speed.

When it operates “normally” it still feels like the starter is giving a real grunt to try to get over the first compression.I’ll change it out and recondition the old one for a spare, I have found a source of brushes locally.

Refitted the front grill. Replaced the roof rails. Changed a bulb in the dash.
Sorted out fully comp insurance and unsorned the car. The car has been sorned for 6 months.
Road tested the car around Cheshire's leafy lanes. MOT booked for tomorrow afternoon.
Stress level up to a 7 or 8 at the moment.