rangerovers.pub
The only place for a coil spring is up Zebedee's arse.
Show us Your Range Rovers.

Lol, I think I broke the forum :)
I'll have another go later.

in the meantime: linky 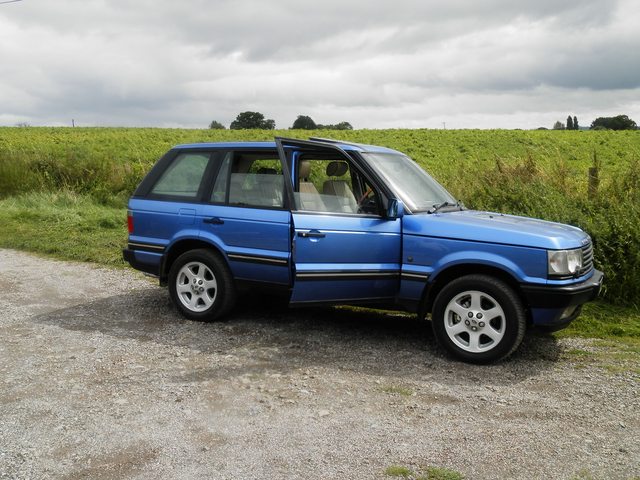 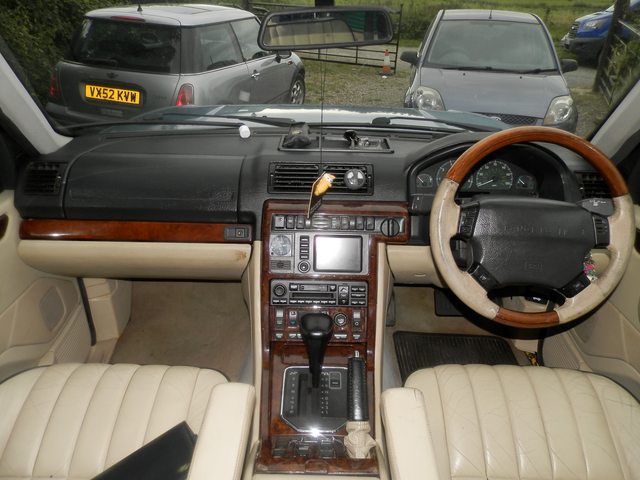 She’s insured for 50k but I can insure my dogs back leg for 100 grand so long as I’m willing to pay the monthly payments on it!!!

That is at least HALF what she should be insured for!! Here in Lincolnshire, we have a firm called Famous Four. They are one of the premier 4x4 companies in the county and they specialise in Land Rovers.Now when I first moved here, they had just finished a complete rebuild of a J reg (think that is 1971) Classic. Every nut and bolt was new. It was up for sale and it went within a month for the asking price ........... £50,000 !!!!! Yes, it was a special, it had some signwriting on it naming the model but it certainly wasn't an only one.

In fact, I am going to ask the main man at 4x4, who has become a friend over the last five years, if he can put a rough price on it.

Ok, so yesterday, I finally made it up to Famous Four to get my headlights changed over ready for next week (off to Sicily again Saturday morning). I asked about JMC's Linley and one of the directors came down to talk to me He googled the car, liked what he saw and asked some questions. He found the thread from the dark side and read about the restoration. He was very impressed at the quality of the work.
The thing is he said that like LR, he couldn't put a price on the car as it is simply so rare being one of a kind. He said it is worth whatever someone will pay for it. ie it could be worth $20k, it could be worth 1 million dollars. He did say the market for 38s is going up but the main thing he said is he would have it insured for a lot more than $50k. You cannot replace it.
As a further aside to that one they sold for £50k .............. it was a Classic CSK They sold it four years ago for £49,995. Eighteen months later, it was sold to a dealer who has sold it onto another dealer and the car is now in a London LR showroom. The asking price?? £85k!!!

@OldShep56, thanks for the intel on LINLEY.
I’m sat scratching my head now with regards to the vehicle. Spent years restoring it and now that it’s done, well you know. Bit like what a dog does when he chases a car and the car stops..... nowt!!!
I’ll start the Holland & Holland air suspension restoration in the winter and perhaps tear the interior out so that I can clean carpets and maybe chase the wires and check the various plugs associated.
LINLEY is under a rag for the winter in a heated garage with dehumidifier. I’ve put jack stands under her so that she doesn’t end up sitting on bump stops. Got an electric drip feed to her.
Thanks again for the research on it....

The CSK was another of those very rare limited editions that command ridiculous prices when one comes up for sale. I found an extremely scruffy example parked up in a sidestreet in south London a couple of years ago and, knowing what it was and how much it would be worth if restored, almost left a note on it asking if the owner wanted to sell it. then realised that if he even had the slightest idea what it was worth, I wouldn't have had the spare cash for it anyway. I've often wondered if it is still about, the owner has scrapped it or if someone has got themselves a bargain.

Interior is getting there ;) 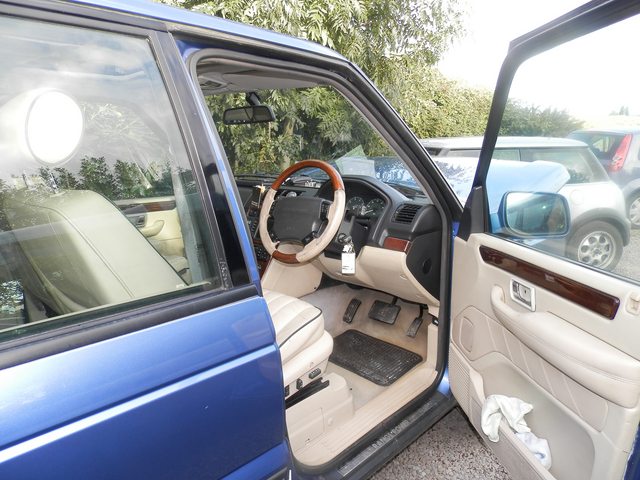 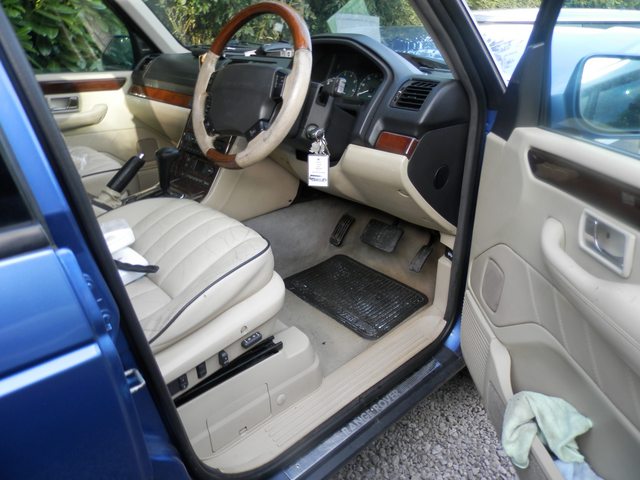 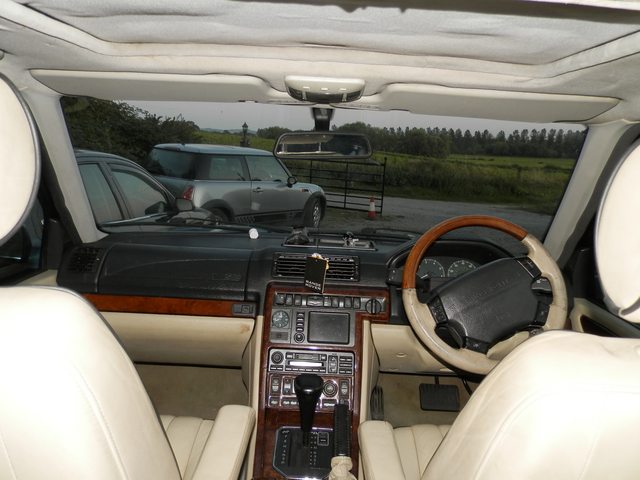 Exterior is getting there to 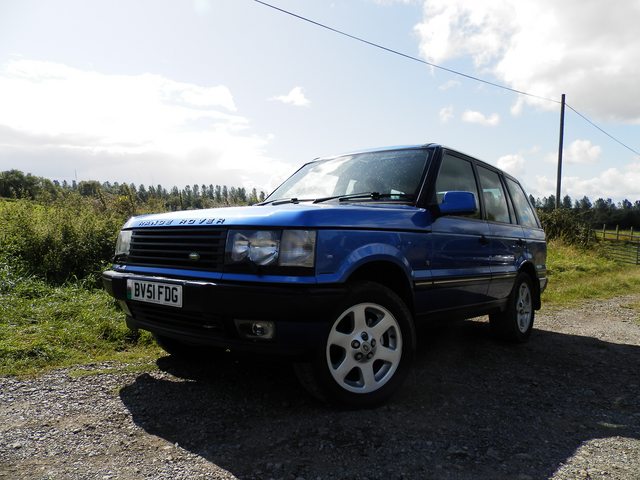 Just a few of her currently 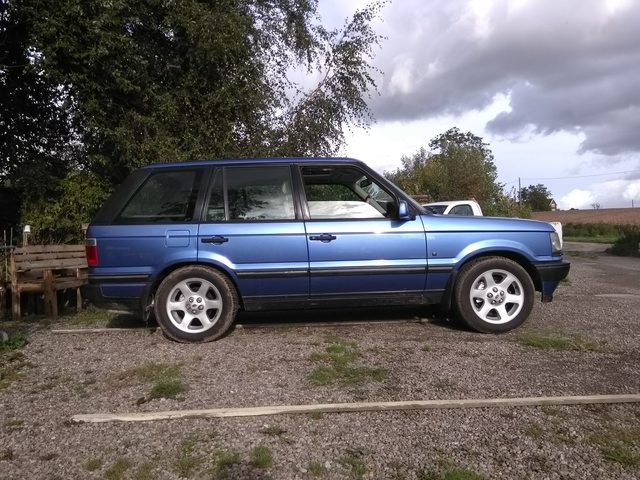 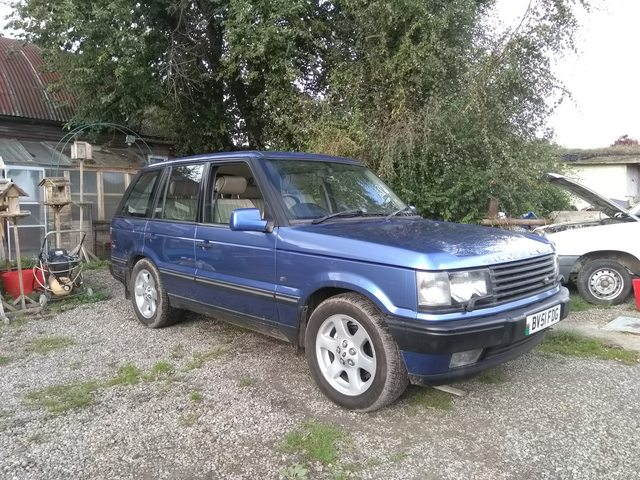 Rolled over to 250k yesterday afternoon :-)

Good one Gordon! Is that the original engine?

Sadly not. I bought it with about 167k showing and a ticky engine, which turned out to be a (very) dropped liner. I bought an engine off eBay (cn4x4sss) for 500 quid and David Hallworth and I fitted it. It's done not too bad, considering! Not sure what the real mileage for it was but Charles said it was out of a vehicle that had done 80k. It was certainly pretty clean inside, and "dirty enough" outside.

Given that "conventional wisdom has it" that cams and cam chains last about 80k, is it fair enough to think that mine is well and truly due?

My engine came out at 287,500 to go to V8 Developments and was still on the original cam then. They did say the chain was well worn though when they pulled it apart. As it's now just over 100,000 miles later, going on that the new one must be well worn by now.

I noticed this thread has a Star near it..

Does that mean it's a Sticky?

Yes, it will always stay at the top.

That is just sooooo black, it hurts! Love it!

Quick question ......... and this seems a good thread to use....
I was just over in Hawaii helping a mate with his fleet of 4 Rangies all of which have interesting issues.
He has a 97 that has been "Rode hard and put away wet" many times, but is complete and has air system. Best ride as all others have coils.
It does not beep or show flashing gears when shifting to low, and it only indicates an H or L on the message centre. Odd?
It also has amber upper lenses in the back.....I have only ever seen clear or grey tinted upper lenses....? What's with that?
Possibly Canadian spec?....

No beeping when changing between ratios sounds a bit odd, does it actually change or just show on the dash that it has? In Europe, indicators (turn signals) must be amber front and rear, so up to 99 the rear lenses are amber at the top and fitted with clear bulbs, front's being the same, all amber lens and clear bulbs. From 99 model onwards they went over to the clear/grey tinted lenses but with amber bulbs so they still show an amber light. So a European spec 97 would have the amber rear light lenses. I assume they can be either amber or red in the US as some cars I've imported have had amber indicators that are separate to the stop lights while others have had indicators incorporated with the stop lights (a real pain when I've had to convert then to UK spec to register them here involving a lot of rewiring). US spec cars don't usually have the high intensity rear fog lights either so I've had to convert the reversing lights to indicators by fitting amber bulbs and fit aftermarket LED reversing/fog lamp clusters.

My Canadian P38 has amber lenses front and rear, as well as red rear fog lights.