rangerovers.pub
The only place for a coil spring is up Zebedee's arse.
Zero carbon emissions from the UK by 2030? :-(

You could go fully retro and run the vacuum from a cart in the street! 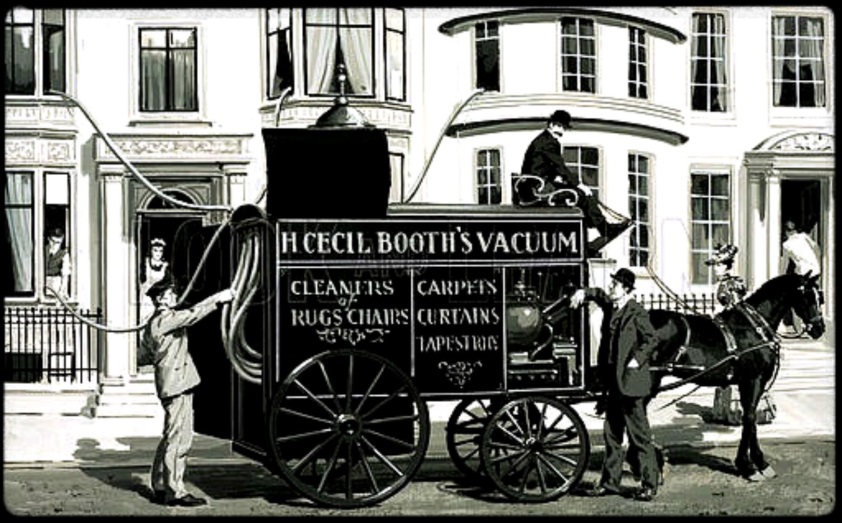 There are some really wicked RC plane motors out there that would run a vacuum super well! (Hearing protection suggested)
https://www.horizonhobby.com/category/airplanes/airplane-accessories/airplane-engines-15042--1
Starting could be interesting........

Let the race to convert one to Vapor fuel begin!

Impressed with those tiny Radial engines Bolt (albeit a bit pricey). Also takes me back to my youth (spending days with balsa wood etc to build model aircraft that could get trashed in seconds colliding with a tree..) Lots of R/C planes seem to be going electric though too.... although not because of pollution.

-Don't think these particular techniques can be scaled up in order to propel a car though.....
~100k RPM might be good for a model plane however !

Brushless motors and Li-Po batteries have revolutionised RC stuff. There are some seriously impressive models out there running on LiPo and they're much more reliable than the old "gassers".

Brushless motors and Li-Po batteries have revolutionised RC stuff. There are some seriously impressive models out there running on LiPo and they're much more reliable than the old "gassers".

Help the missus to get the housework done quickly with the improved vacuum cleaner for her birthday then cut back those overgrown trees in the garden enter link description here. Might even help in the garden ;-)

Neither would sound like a real Spitfire, but the V12 would cost a zillion times more and have a lower power-to-weight ratio. Plus, you can get brushless motors in pretty much any size and configuration while the V12 would be a custom build. I wouldn't dare put my 10,000 hour labour of love up in an RC plane but it's up to you :)

My secret dream is to build an RC Sunderland with real radial engines but seeing as the engines are £1200 a pop and I'd need four... that's a hell of a lot of cash before you even start looking at the rest of it!

I wouldn't dare put equivalent of 4 years full time work into it even if I kept it in a bank vault unless I could sell it for equivalent of 5 years wages and live out of bins for 4 years! So if I was into RC stuff (and I am interested, used to go and watch them at Pontefract race course) looks like I'd have to go the electric motor route too.. maybe add a speaker to make it sound like a V12 lol. Forgotten you're into RC stuff, maybe come and watch yours one day?

Not to belittle RC stuff but incidentally my son has been taking flying lessons near York on Saturdays over the last couple of months and has been at the stage for a while now where they sometimes let him go up by himself. When he's well enough qualified we intend on hiring a plane and flying to maybe Newquay airport, I expect it will seem a bit weird trusting son I taught to drive a car fly the thing and not know if he's doing right or wrong. Regards the original topic I know they wouldn't let me convert a plane to LPG but they have no electric planes either, even if we're all forced into electric cars and have heat pumps instead of boilers the country will still hardly be carbon neutral.

Aviation is certainly a huge brake on progress towards zero emissions. They burn Kero by the ton and no matter how you play with the stats of passenger miles/kilo of CO2 the bottom line is that most of the journeys are holidays and we really don't need them.

the bottom line is that most of the journeys are holidays and we really don't need them.

But surely that's what the car is for? Got a trip to St Petersburgh planned for next spring so figured that while I've got a Russian visa, I may as well have a run to Moscow. Purely to get a photo of the P38 on Red Square.......

Sounds like an excellent plan! I'd like to run the E30 route to the far end one day. I first started dreaming of it when I ran an E30.. but I think a P38 would be far more suitable to cope with the road surface as you get further East!

You can't do the E30 these days. It runs from Cork but you pick it up somewhere near Osnabruk, run past Berlin, to Warsaw, then into Belarus and to Minsk and finally on to Moscow. I've used it recently as far as Warsaw (then turned left to head north) and in the past as far as Minsk but that is as far as you can go now. The border post between Belarus and Russia has been closed to non-CIS (Commonwealth of Independant States) Nationals since 2017 with no plans to re-open it. I'll be going via Latvia and Estonia and into Russia from there.

Booo! Is that just because the Russians don't like us or have Belarus and Russia fallen out?

No, Belarussians can still cross the border but nobody else in protest at EU sanctions against Russia. As using the E30 through Belarus is the only really direct route from Europe to Moscow, they've blocked it. So if you have a need to drive to Moscow you now have to go the long way round via either Lithuania and Latvia or the southern route via Ukraine. As we will be going to St Petersburg first, we'll go up the E77 just entering into Estonia then over the border, pick up the E95 at Pskov and north to St Petersburg.

I'd love that kind of road trip too, quite an adventure but also reads like it takes a bit of military style planning.
History suggests taking the most direct route to Moscow is probably the best bet for Western visitors but fuel is more readily available in the South?

Not really. Taking the direct route was the best option until the E30 was closed off, now it isn't possible. Never had any problems getting fuel anywhere, no more difficult, and in some countries easier, than here (and cheaper everywhere except France too). Get off the ferry at Calais, head East. Go through France, Belgium, Holland, Germany and into Poland, turn left at Warsaw, exit Poland, go though Lithuania and into Latvia. Arrive at Dina's parent's at Saulkrasti and stay there for a couple of days. That bit I've done 3 times already so nothing out of the ordinary, just check the fluids and tyre pressures before setting off and fill it with GPL, LPG or Gaz (depending on what country I'm in) every couple of hours or so. As for the next bit, stick to the main roads and just follow the signs saying Pskov(RUS) into Estonia then shortly afterwards cross the border into Russia. At Pskov, turn left towards St Petersburg. Only difference is once I'm over the border I'm on the lookout for signs for places selling газ (gas in Cyrillic). No more planning than any other 4,000 mile round trip really, that's what sat navs are for......

Me and the missus have done three road trips in the last 12 months down to Sicily. As the quack advised me not to fly anymore, we thought how we were going to holiday. As I had driven all round Europe for most of my working life albeit in a bloody big truck, I had no qualms about driving abroad. She hated the idea of driving to Sicily but I did my best to convince her and she did her best to change my mind. My only stipulation was I was not starting before 9am and wanted to be parked up by the absolute latest 6pm. Oh, and we were not using the motorways. As a bribe, I promised her two nights in Versailles so she could visit the Palace and an evening in Gay Paree. So last September the car was serviced and we set off from Portsmouth. There followed nearly four weeks of much hilarity, getting lost and generally having an absolute scream. The trip itself is documented in a blog she did but it went pretty much like this .......... 2 nights in Versailles where some dirty bastard broke my drivers mirror glass overnight. (That's another story lol), then a night in Cluny. From there I took her OVER the Alps on an old trucking route via Mont Cenis and we stopped at a place called Airasca near Turin. Then a night at La Spezia, onto Anzio where we stayed the night. Here we took a walk on the beach looking for my dead
father in laws sunglasses. He said he'd dropped them there in 1943. Next morning, a Sunday, we visited the CWG Cemetery at Monte Cassino. A very sobering, emotional and humbling experience. My FIL was here too and I am grateful he made it home as over 5000 headstones are here. Next night was Scalea before the big day. Down to Villa San Giovanni and the 20 minute ferry ride over to Messina. We had the most wonderful week on Sicily and fell totally in love with the island. We left and came back up the eastern side of Italy. Staying at Altamura, Civitanova Marche, Corregio (near Modena) and then into Switzerland crossing the Sustenpass (google it lolol) and staying at Halisberg. Into Luxembourg and stopped at Derenbach before heading for Rotterdam and the ferry to Hull and homewards.
We enjoyed ourselves so much, we went back for Xmas and the New Year. Then we've just come back from another trip down there.
Despite all her reservations, she thoroughly enjoyed herself and the car ran like a dream. In total we have done 12,500 miles over the three trips. She has crossed the Alps six times and each time I have taken a different route. I used the old trucking route, then the Gotthard Tunnel and over the Sustenpass. Next time was Mont Blanc and then the Brenner Pass. This time was the Frejhus Tunnel and back over the Col Du Grande St. Bernard and through that tunnel.

If we were jealous before we're going to be even more jealous now!

Not sure if my ww2 reference in 'history suggests' went unnoticed lol.